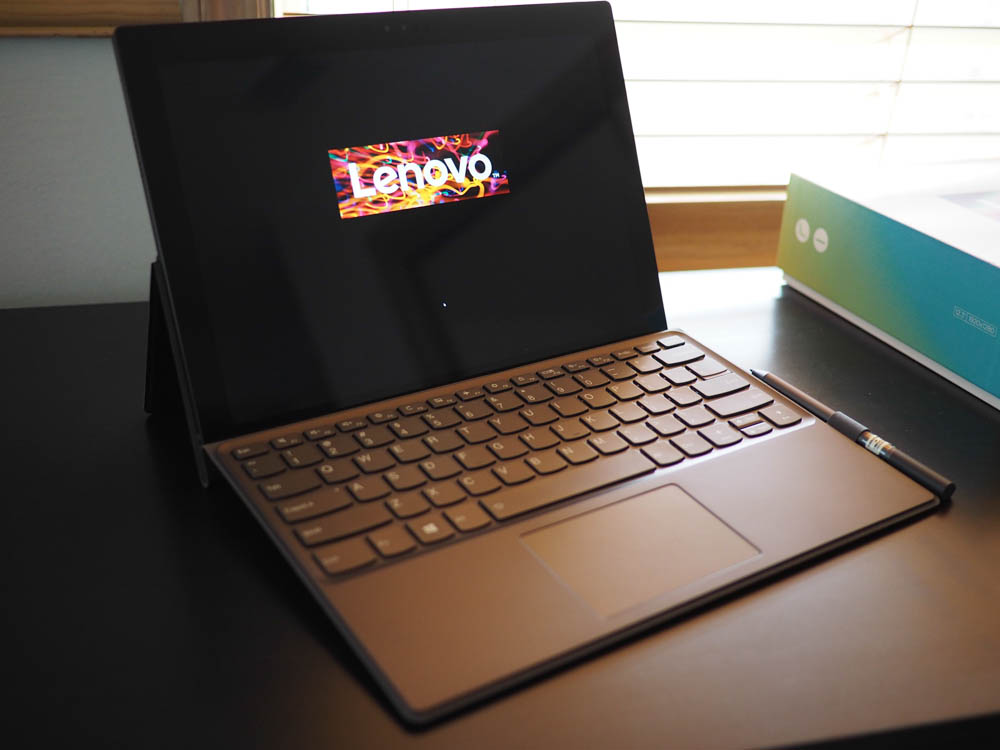 Users who need a full on Windows PC while on the road have a lot of choices right now when it comes to portable computers. There’s traditional laptops, 2-in-1 convertible laptops, tablets, and detachable laptops to suit your needs. Not only that, there’s various sizes you can pick up too. What I do like too are that if you go with options like the 2-in-1 convertible laptops or the detachable laptops, you’re in essence getting a traditional laptop and a tablet in one. With that said, Lenovo sent me their latest detachable laptop in their Miix line, the Lenovo Miix 630. What makes this different than most laptops out there right now is the use of the Qualcomm 835 mobile processor, which would normally be found in a mobile smartphone and not a laptop. 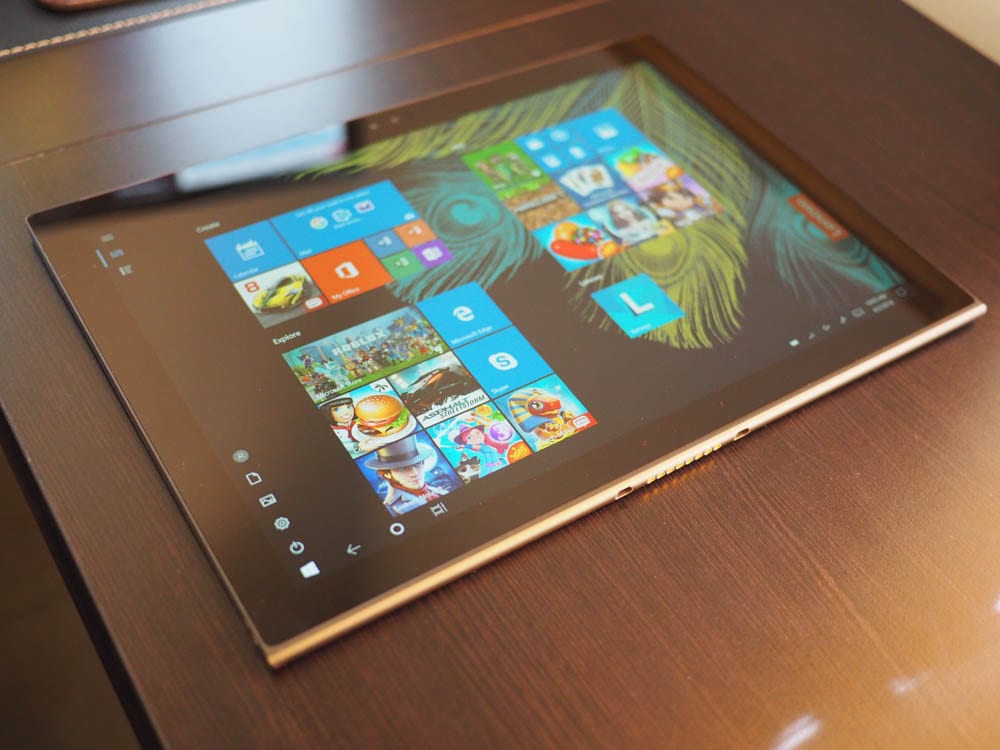 The Lenovo Miix 630 is really a Windows tablet, not unlike Microsoft’s Surface. It’s actually much thinner than a Surface, has a 12.3? FHD+ (1920 x 1280) display with some rather large bezels. I honestly don’t mind the bezels because it just makes the unit that much easier to hold when in tablet mode, making accidental taps on the screen almost non-existent.

While this thing is pretty much a full on Windows PC, those who need access to lots of ports will be sourly disappointed as this thing only has 1 USB-C port and an audio jack. What that means is that you need to share this one USB-C port for charging, thumb drives, and any other peripherals you might need. It’s not a problem if your device is charged up, but if you need to charge and use a thumb drive at the same time, you’ll need to use some kind of hub. Also, this thing doesn’t have a memory card slot like a lot of other laptops do. 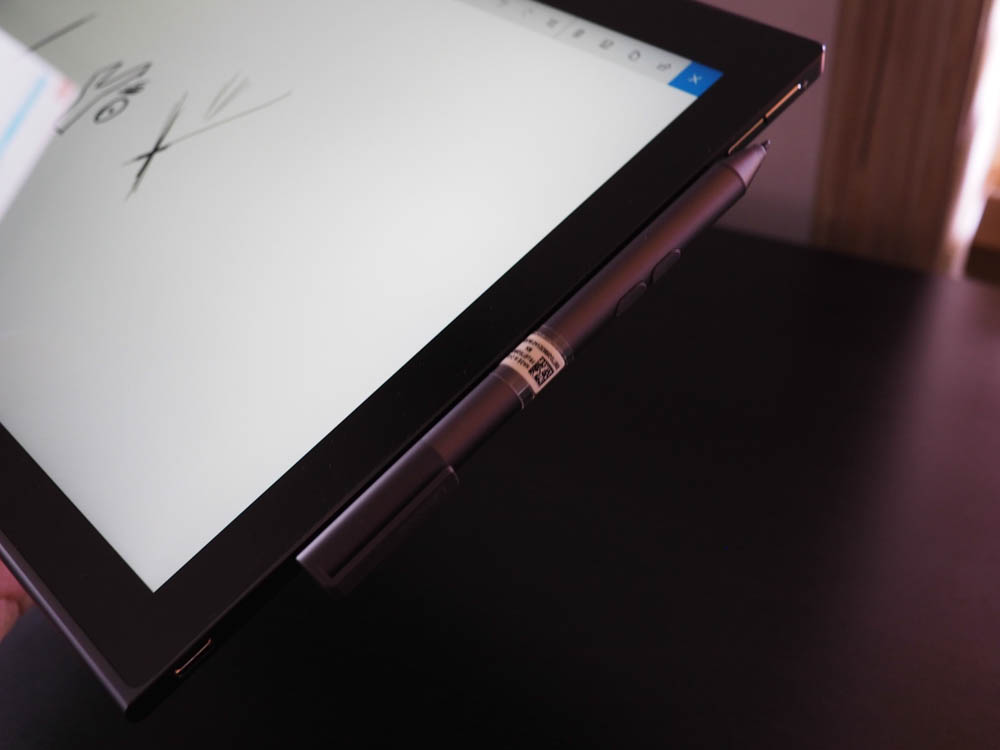 There is however a sim card tray because part of the appeal of the Qualcomm 835 mobile processor is that with it’s built in 4G LTE support, the Lenovo Miix 630 can be always connected.

You’ll also find on the tablet volume buttons and a sleep button. There are also two side mounted stereo speakers that I will say are pretty darn loud and sound really good. Then there’s actually a rear camera on this thing like you would find on a tablet, but not on a regular laptop. 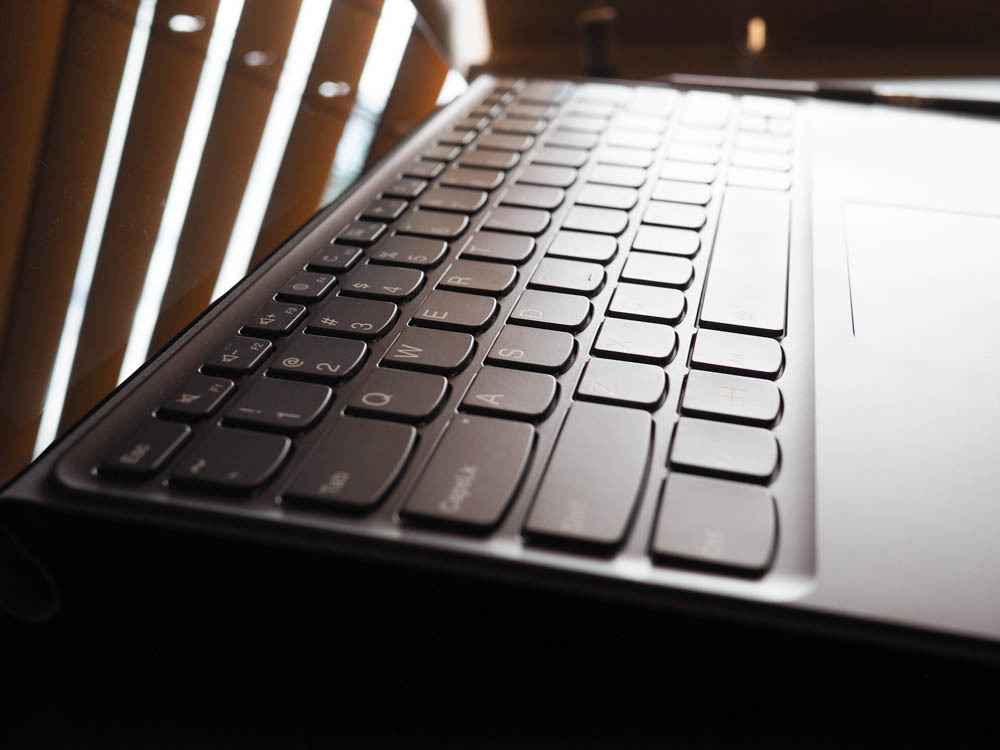 The second part of the Lenovo Miix 630 is the keyboard cover. It features full-sized keys with backlighting, a touchpad, and a little loop to hold the digital stylus. The back of the cover is hinged in the middle and can be bent to act as a stand that can be angled in a bunch of different positions. The tablet portion is held in place with some super powerful magnets. When the keyboard is not in use, it acts as the screen cover. Overall though, the keyboard cover is pretty nicely made. It’s got that leathery look and feel and the rear hinge for the stand is pretty strong. The keyboard is also pretty nice and feels nice a clicky.

Lastly there’s the Active Pen stylus. It’s pretty much seems like the same stylus you get with other 2-in-1 laptops and features 1024 levels of pressure sensitivity. 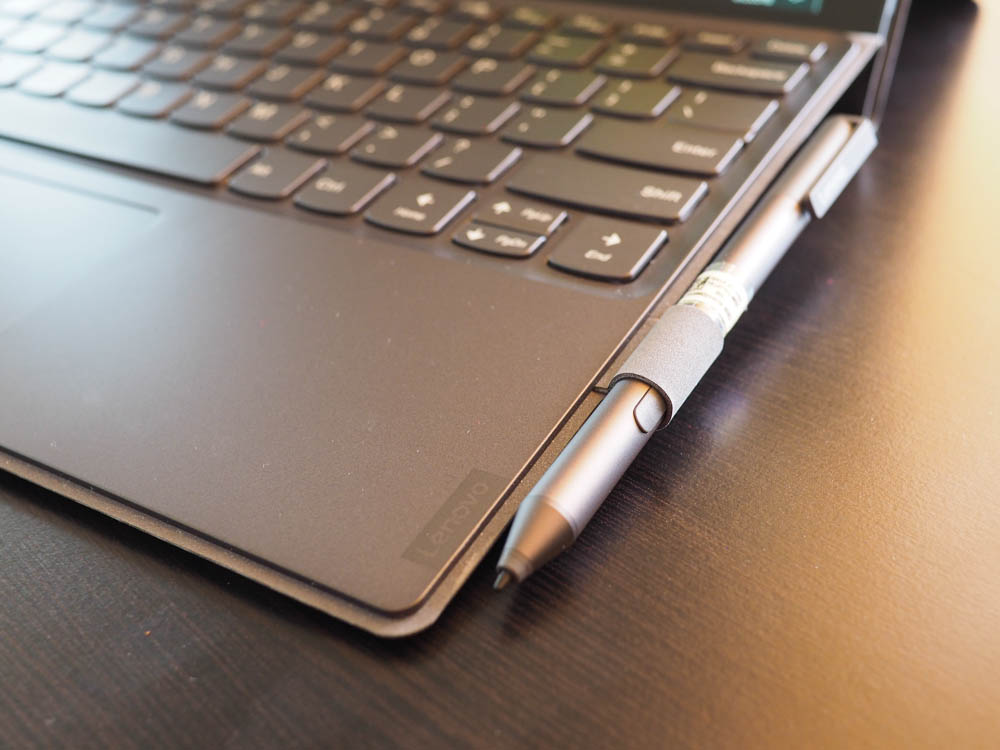 Based on looks and build alone, the Lenovo Miix 630 detachable laptop isn’t bad at all. The build quality seems top notch, it seems pretty light for what it is, and the keyboard case itself is pretty nice. I do like the fact that this can turn into a true tablet which makes it even lighter as opposed to the 2-in-1 convertible laptops where the keyboard just folds back but you’re still left with all the weight.

However, there are a few issues to be aware of that might turn people off. Mainly, there’s no built in card reader and there’s only 1xUSB-C port.

Anyways, that’s pretty much it on the hardware front. Next up will be a full review that includes how Windows 10 S actually is paired up with the Qualcomm 835 mobile processor and how performance is. I already know there are some small quirks with this combo, but I’ll get into those after I play with the Menovo Miix 630 a bit more.