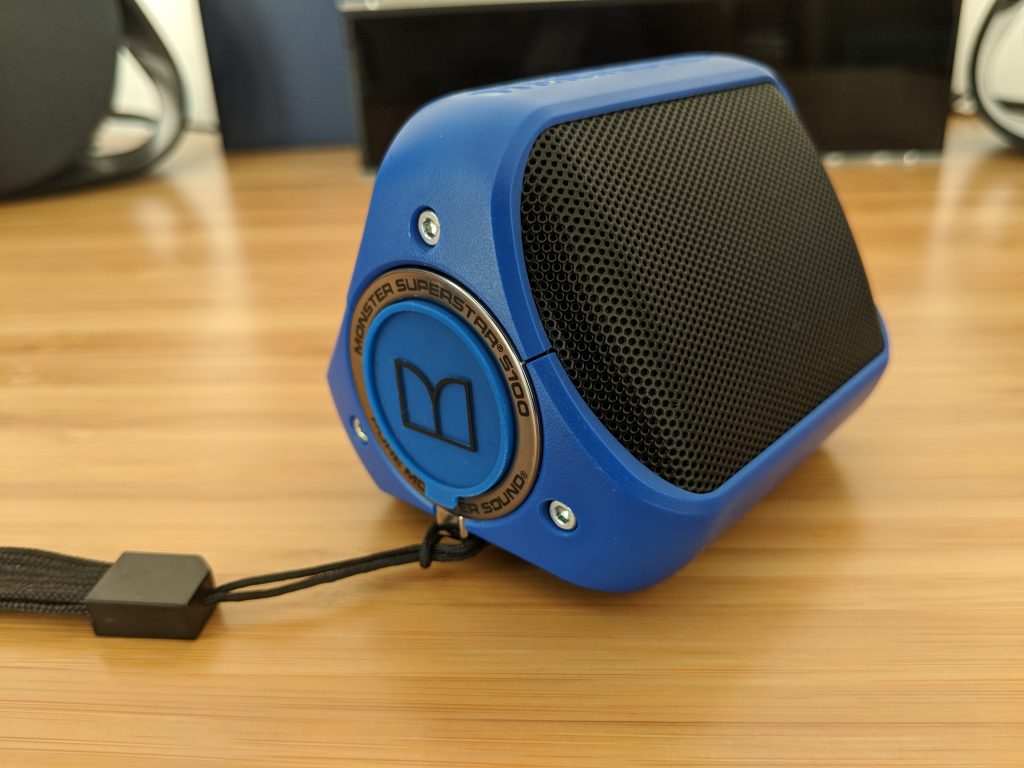 If you live in NYC, Spring seems like it is finally approaching with our on and off weather but might be finally getting steady. One of the things you always see people in NYC have are headphones and portable speakers. Warm weather brings the music out and you are guaranteed to hear it blasted in some form of capacity. Monster has those music players in mind with its Superstar S100 speaker. It has a mix of portability, waterproofing and loud sound. Can the S100 make you the Superstar for the Summer? 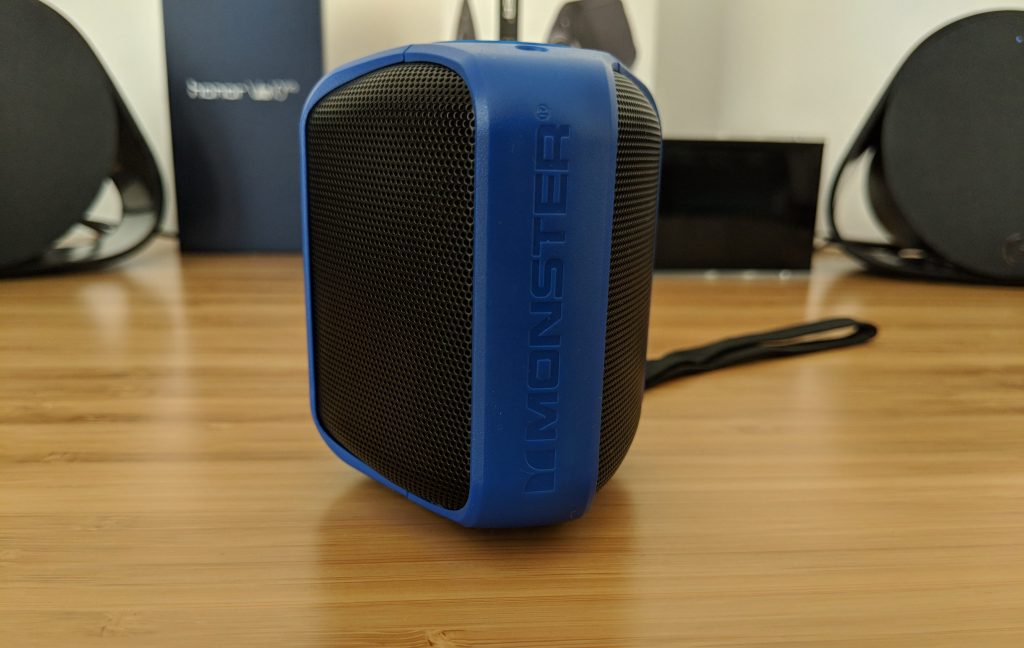 First look at the Superstar S100 and it will remind you of a pyramid of sorts. It has two speaker grills with one on each side. Depending on how you face it one end opens up and reveals an audio jack and microUSB charge port while the other end is a button that is used for powering on the device as well as bluetooth syncing. Each side has silver bolts to give that “industrial” look while the Monster insignia is embossed on top. Underneath is rubber grips to give the speaker in place while music is thumping out its two sides. The Superstar S100 is rated IPX7 for waterproofing and also comes with a strap for carrying around. It does comes with a microUSB cable not no carry case unfortunately. 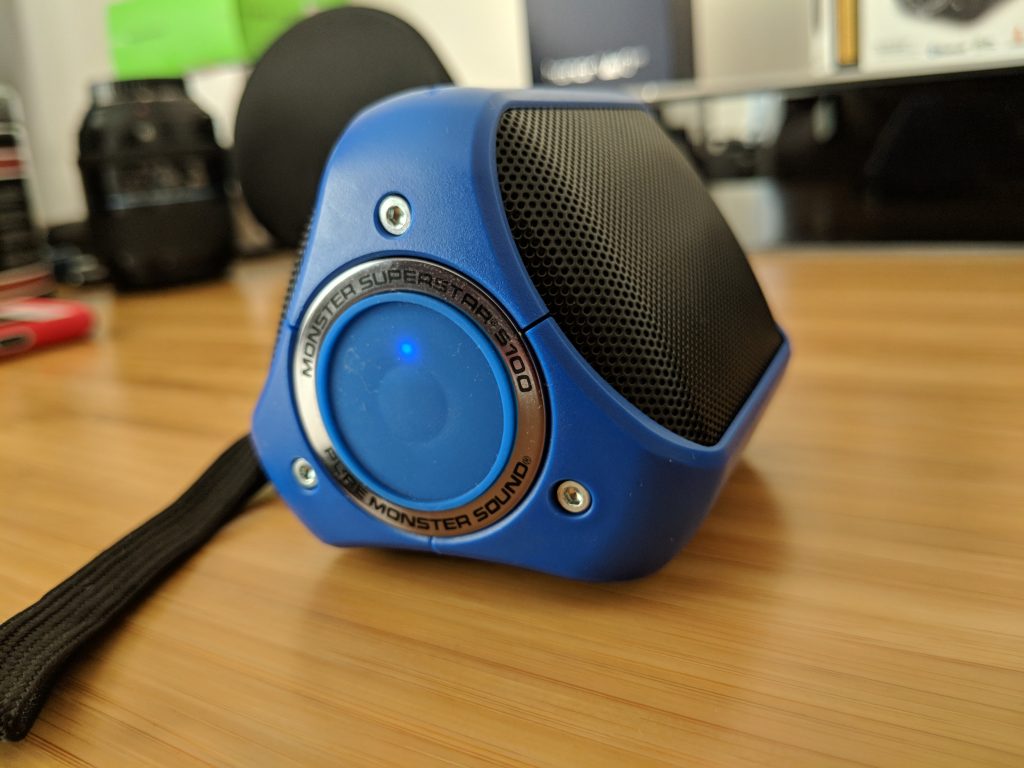 Like one of Monster’s older Superstar speakers I reviewed some years back it’s not really feature heavy. You connect to it either via audio jack or bluetooth. When connecting or disconnecting via BT you will get voice prompts advancing you of this. Syncing is prettying straightforward and never came across any issues. I found it’s not good for using with calls as I could hear the person but they couldn’t hear me while synced with a Galaxy Note 8. Battery life is estimated at about 6 hrs and its about on point with that. Using it for various hours I have changed it here and there. 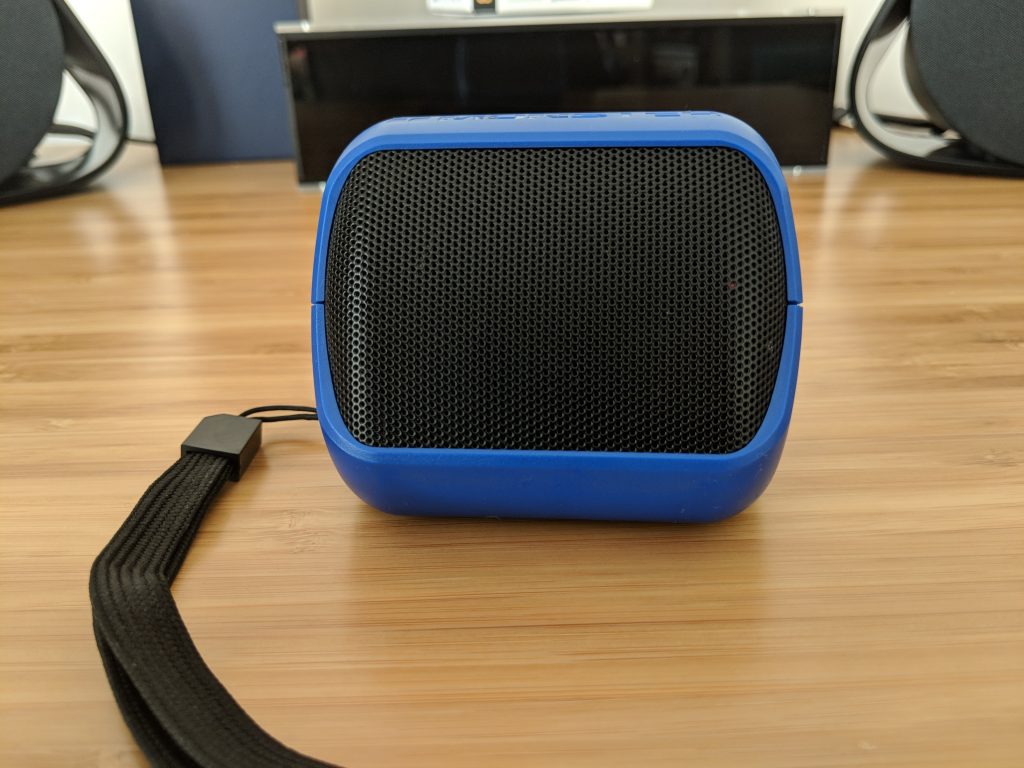 This little Superstar can get up there! Something its size you would either expect it to not get really loud or sound distorted but it accomplishes goals in both sections. It thumps out large amounts of bass and clarity can be heard coming out each grill. Seeing as this isn’t a 360 speaker and its divided in two sections it will sound better if you have one of the grills facing towards you. But I can quite surprised by the tunes you can get from this tiny speaker. One gripe I have with the S100 Superstar is there is no volume control on it. So you have to go to the source and handle volume controls from there.

For $59.99 you are getting quite the speaker. Its small frame packs a punch with clear sound and bass. Waterproofing makes it good for outdoor activities or even if you decide to bring it in the pool with you. Only thing is wherever you bring it make sure the source of the music is close by with no ability to change the volume through the speaker itself. Pair with a small battery pack and take it on some quick adventures with you.