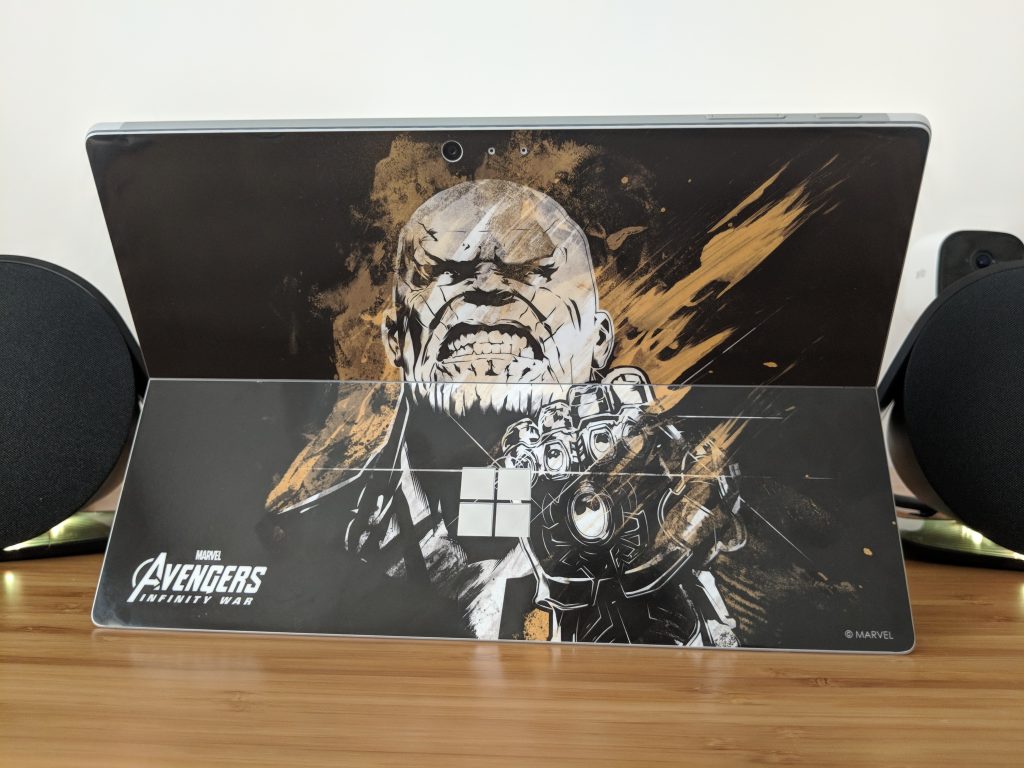 So I been working with Skinit for quite some time now. While I used to rock with my Surfaces pretty bare besides the Type Covers they never had too much an identity of their own. I started using Skinit on the Surface Pro 3 and then the Surface Pro 4 last year so I see it only fitting to get the Surface Pro(2017) setup with some colorful goodness as well.

If you have seen the ongoing theme it’s been Marvel personas not that it has too but I tend to just gravitate towards them. With Marvel’s biggest movie ever set to drop in the next couple weeks I thought I check out their just released Avengers: Infinity War skins to see if one caught my eye. My first skin back on the SP3 was Hydra then i went the hero route with the Avengers. After flipping through the various options I landed on the conquer of worlds Thanos. Shows him helmet off with the Infinity Gauntlet worn and in the forefront. 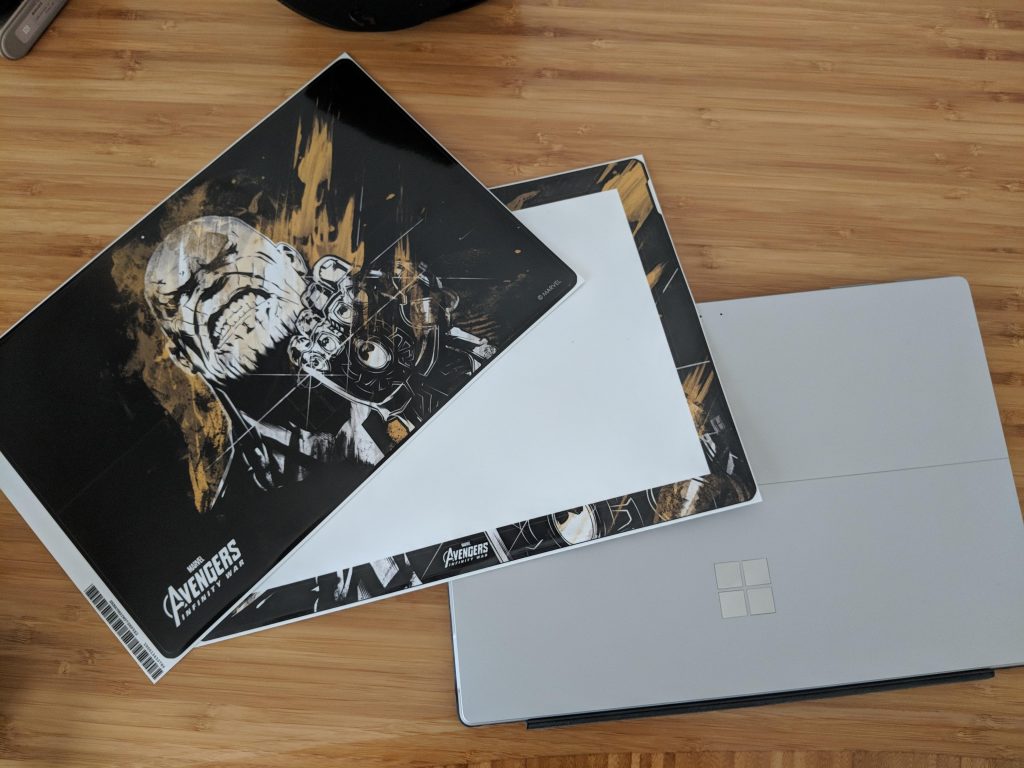 Like past Surface skins its three layers to apply which is the front, and two panels on the back. I found this to be one of my quickest and cleanest applications for Skinit. Maybe I have just started to get accustomed to it. When applying the front I suggest to have a small pen or pin(I used a sim pin) to poke out the parts for the cameras and sensors. Once that’s done just take your time and put it around the front of the screen.

Backside is it just a top and bottom panel which is pretty easy. I’d say more so since I could just lineup the Infinity Gauntlet through the top and bottom. Also with the Surface Pro it has the cutouts for the Windows insignia on the bottom. I had actually thought about sticking them back on but I adapted to the look and like it. 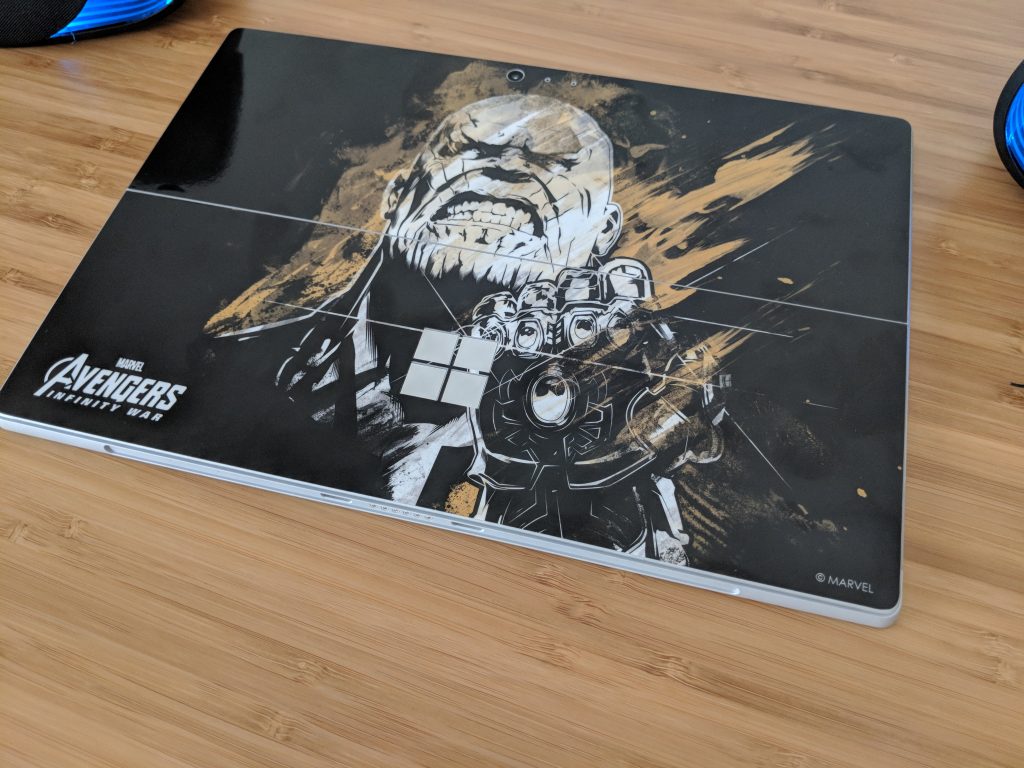 Been using it for a little while now and like previous skins looks great and added that personal touch to your Surface. The black and gold colorway of the Skinit match up pretty good with my black Type Cover which already a plus. Thanos looks like he is ready to put a hurting on someone. 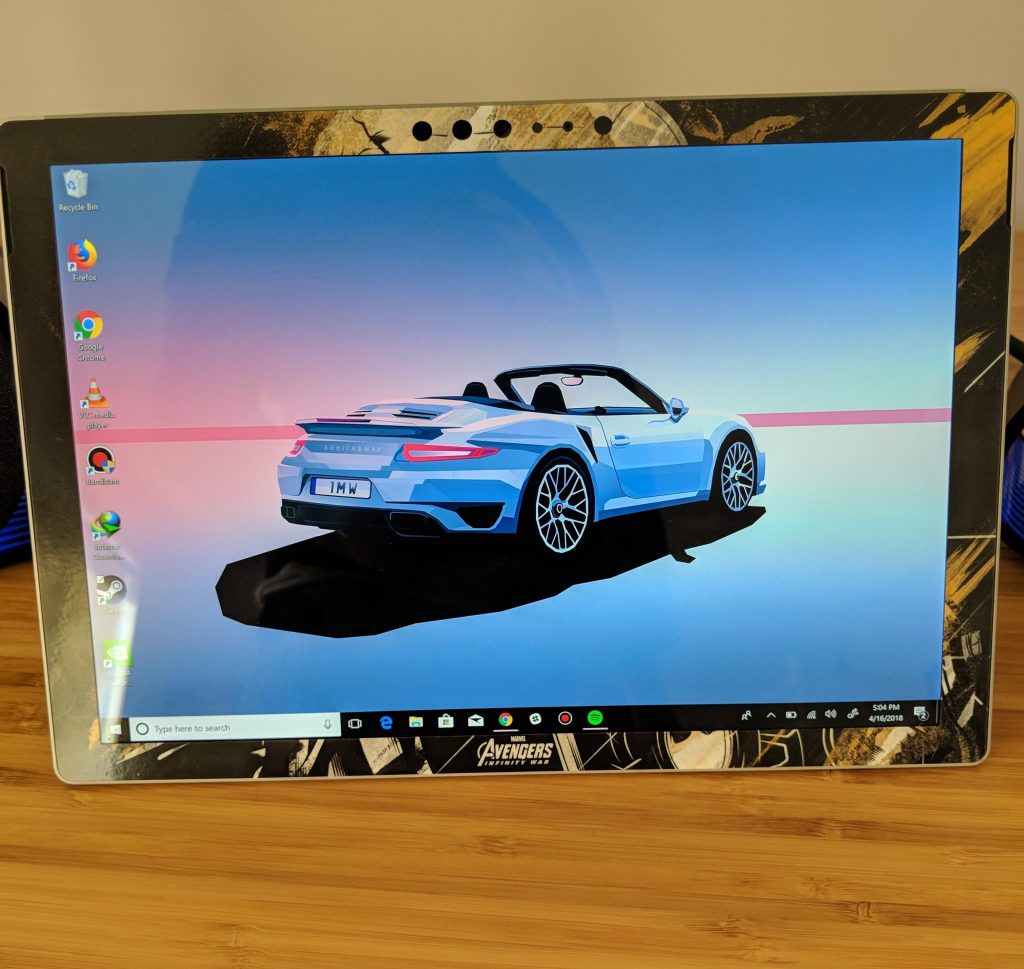 I always feel like with a pricey device like the Surface that you may use as a laptop or even a tablet sometimes it’s good to throw on a skin to keep it from scratches on the back but also show off your Surface in more ways than one.

Skinits for the Surface Pro are $29.99 and even if you don’t have a Surface they cover a variety of devices ranging from consoles to smartphones.