It’s been about six months since the Google Pixel 2 and its bigger sibling the 2XL have arrived and it’s still one of the best smartphones on the market. Even amidst the early display issues that the 2XL had(which Google pushed out updates for) it has turned into a “must have” device and really made its mark on the mobile industry. Best of all its had the backing of Verizon which I feel has helped it tremendously. Here are some reasons why I think the Google Pixel 2(2XL) is the best phone on Verizon and just overall best period.

One of the first things you hear about the Google Pixel 2 is its cameras and how it trumps every other shooter on the market. Now you might be wondering if this is true and quite frankly… yes. Both have 12MP sensors on the back and 8MP on the front. While you may have heard others with the same Google has killer software behind it. Google does a nice amount of post processing afterwards but it’s so quick you wouldn’t even notice.

Pictures come out natural and realistic looking compared to the bright saturated views on phones like from Samsung Galaxy. Even if I didn’t use the Pixel 2XL as a daily driver I always made sure i had it with me because of the camera. I’d bring it out and people would ask what phone is that. They would see the results of the pictures and tell me to never leave home without it.

Speaking about how the software for the camera sensors is top-notch this is also be said for the phone in general. Since Google has all hands on the Pixel 2 they don’t have to worry about going thru manufacturers and stress tests and so forth. When a new version of Android is seen you are likely to see this hit your handset soon after. Google also provides monthly updates. With Android 9.0 soon on the horizon the Pixel 2 will be one of the first up to get it. 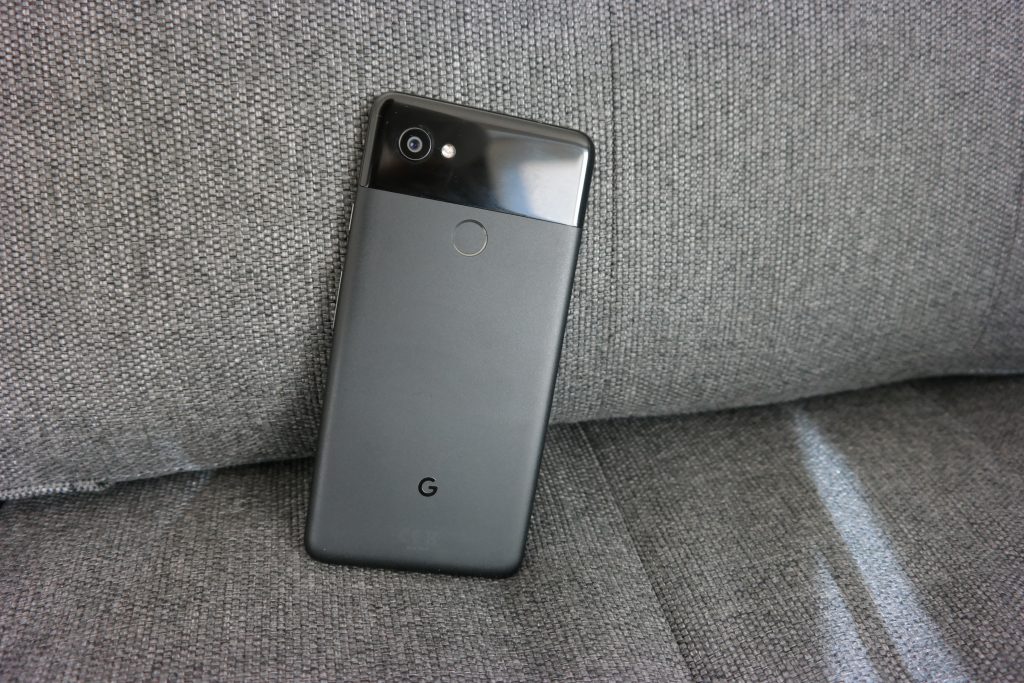 Even though the Pixel 2 came out six months ago it still holds it own against newer phones with newer processors. It is running a Snapdragon 835 processor which by all mean is no slouch and runs a Adreno 540 GPU to boot to help run that smooth Android OS. Some may not like the design language but it has slight curved full glass display with stereo speakers while the back has an aluminum body. Battery life varies with the Pixel 2 having 2,700mAh while the 2XL has 3,500. This combines for sleek curved design and feels well crafted. Google has teamed with Verizon to put it on their network but it also unlocked as well.

Google teaming up with Verizon was the best thing for them. The Pixel 2 is on a vast network with access to millions of customers. Also besides the Appleish commercials that Google has produced Verizon has also made their own promos supporting the device to this day. Verizon has done various sales to help continue the presence for the Google Pixel 2 such as discounts and and other deals.

The Pixel 2 starts at $649.99 while the Pixel 2XL is $200 more and starts at $849. Both of these include 64GB of storage or you can opt and double the space for more memory. If you think you will burn through it because of photos and video the Pixel phones have always been sweet because you can do unlimited uploads in its original quality to Google Photos. Mix this with Verizon’s Unlimited plan and you have a winner. This will be good until 2020 so you have some time to snap away. Verizon has same pricing but tends to offer BOGOs, and other incentives with trade-ins if you catch them.