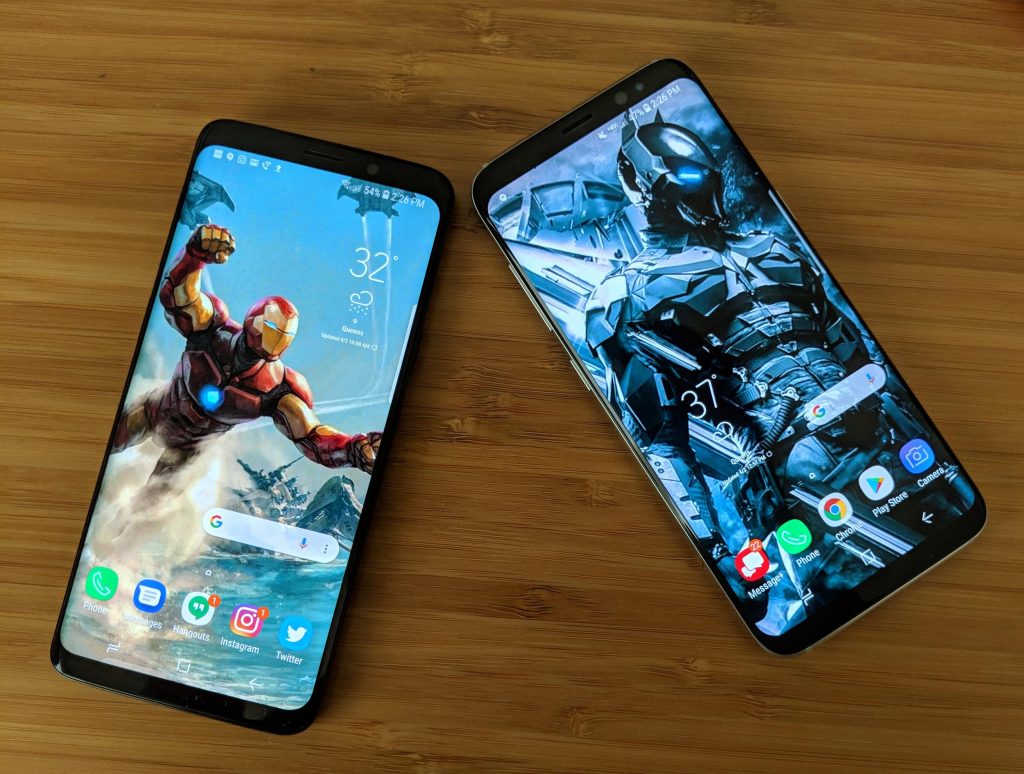 It’s been awhile since I did a phone battle but I thought with the similarities of the Galaxy S8 and the S9 and folks wondering if it’s worth purchasing or not it deserved its own piece. As I mentioned in my Samsung Galaxy S9 review, the big focus on the S9 this year was its camera features. If anything I think it’s what really separates the two from old to new but here are a few other things you might not be aware of. 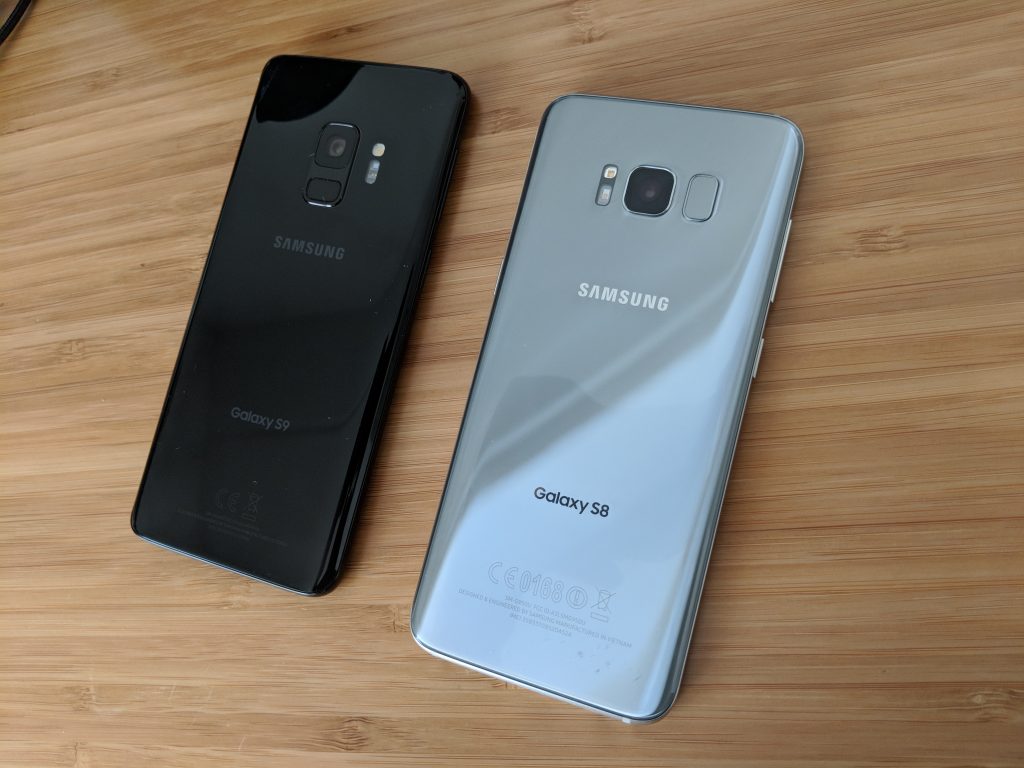 To start off pound for pound and I mean that literally they are about the same weight with the S9 coming in at 163g put it just 11g over the Galaxy S8. Holding them hand to hand you can notice but not by much. Design wise they are virtually identical at first glance. Front camera, buttons, ports are all in the same place. Really the only big difference is the S9 sports a different speaker grill to help support the other speaker that’s in the earpiece providing stereo sound. Side by side the Galaxy S9 has a more crisp and clear sound and one of the first times I been pleased with Samsung speakers. Oh yes the fingerprint scanner is in a better spot from the S8 and I found myself not swapping the camera as much. 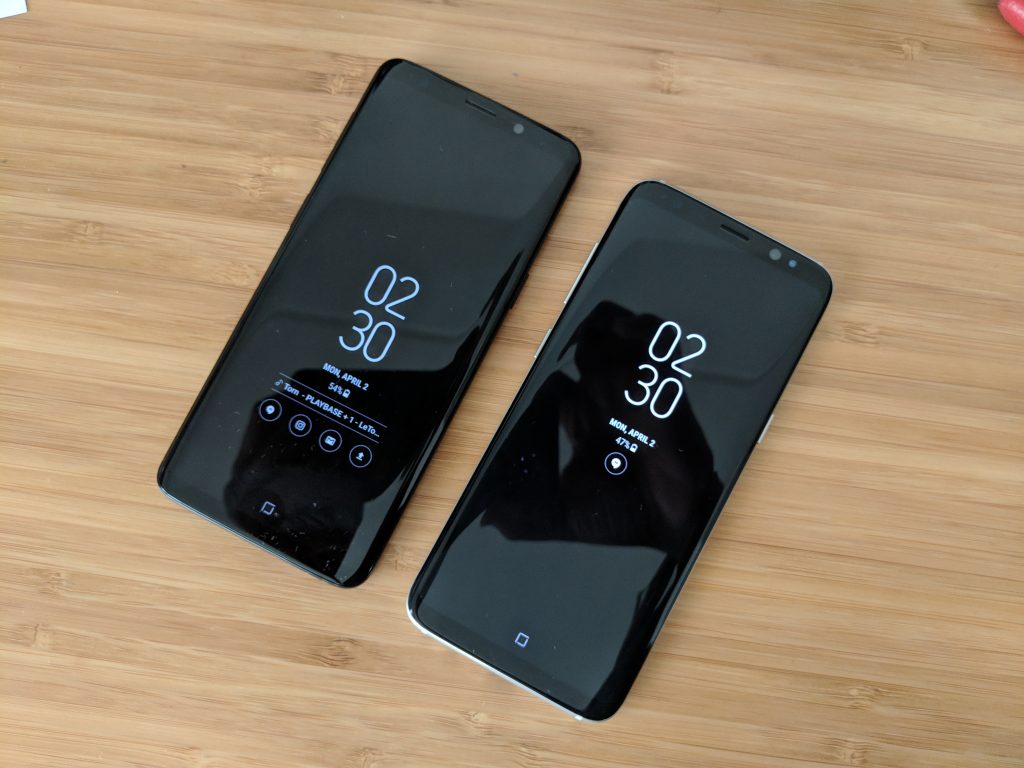 With the Galaxy S9 being the latest you expect it to have a new processor and that’s the case with it getting a Snapdragon 845 processor while the S8 had a 835 chipset. Also the Adreno GPU has been upped from 540 to 630. With these ups in stats the Galaxy S9 does run smoother than the S8 and handles gaming slightly better. RAM hasn’t changed with both sporting 4GB and storage as well being 64GB. Both are expandable though with microSD cards. Even the battery capacity is still the same at 3,000mAh. With the newer processor its supposed to help make the battery more efficient and the phone itself run better hence no upwards in RAM.

Displays are virtually the same both being Super AMOLED at 5.8″ and given you prestine near full screen real estate. The Galaxy S9 0.10% bit more display but to the naked eye no one will notice the difference.

As of this writing the Galaxy S8 depending on your carrier may just be getting Android Oreo aka 8.0 while the S9 of course got it right out the box. Crazy thing is with the S8 just getting 8.0 and 9.0 right on the horizon who knows when either the S8 or S9 will see that update. Samsung’s Facial Unlock works better on the S9 thanks to improved sensors and works better in low light. Also if you care the Galaxy S9 has AR Emojis but I wouldn’t be surprised if older models get it down the line. It’s not a “must buy” feature in my eyes. 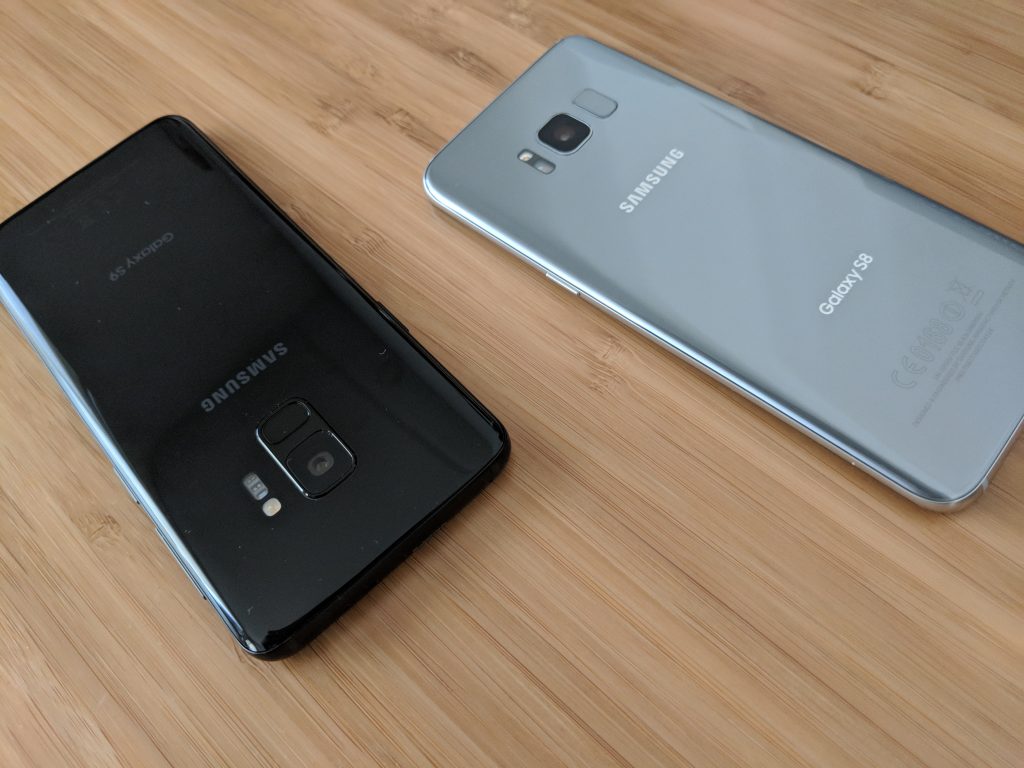 Here is where the Galaxy S9 trumps the Galaxy S8 and that’s the camera department. While both have 12MP, OIS, HDR, 4K recording an so forth the Galaxy S9 is better at low light. Its lenses can take more light in resulting in better quality shots in darker areas and a little bit more in bright areas. Also if you like slo-mo and think you have scenarios to use it often than that might be right up your alley.

Right now the pricing via Samsung’s website the Galaxy S8 goes for $600 while the S9 fetches $720. Of course shopping around you can most likely garner some sweet deals with retailers and so forth wanting to more older models out the way. Is the $120 pricing worth it? If you don’t use headphones, and like taking pictures in dark then the S9 is a suitable upgrade. Also if you are coming from a S7 or below. As far as Galaxy S8 to Galaxy S9 I wouldn’t suggest doing so.