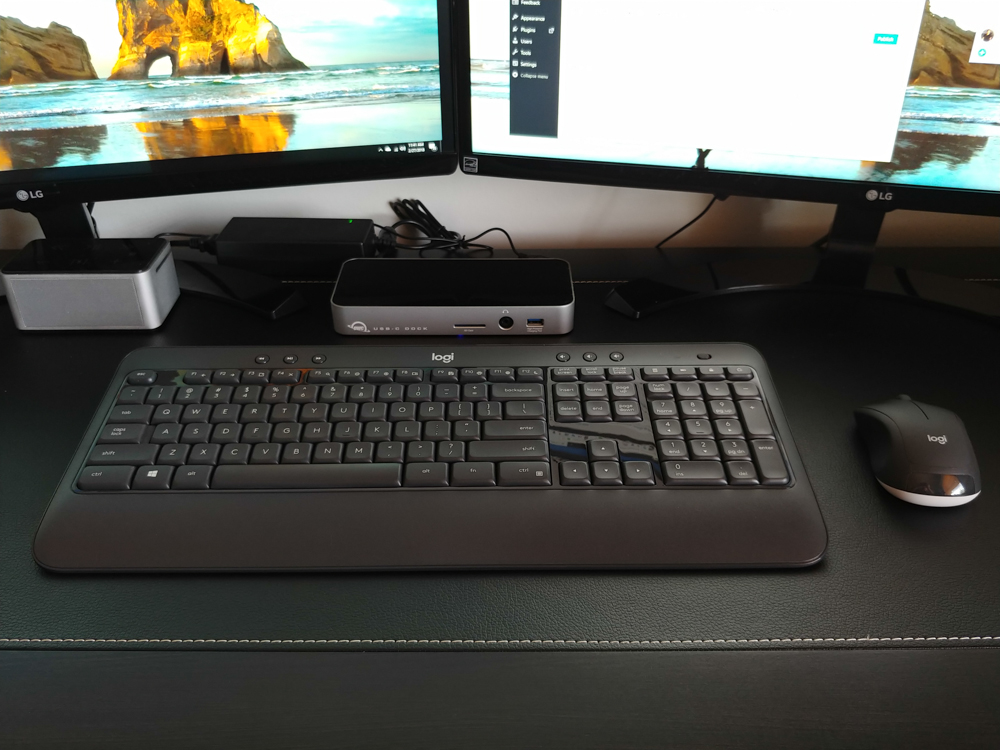 Recently Logitech sent me their latest keyboard & mouse combo, the Logitech MK540 Advanced Wireless Keyboard & Mouse Combo. This is not unlike the last combo I looked at, the MK850 Performance Wireless. The only real differences between the two are the button shortcuts, shape, some features, and price. Like the MK850, these two pieces of hardware are meant to work in unison with each other although it is possible to mix and match hardware as well since they’re all connected via Logitech’s Unifying Receiver dongle. 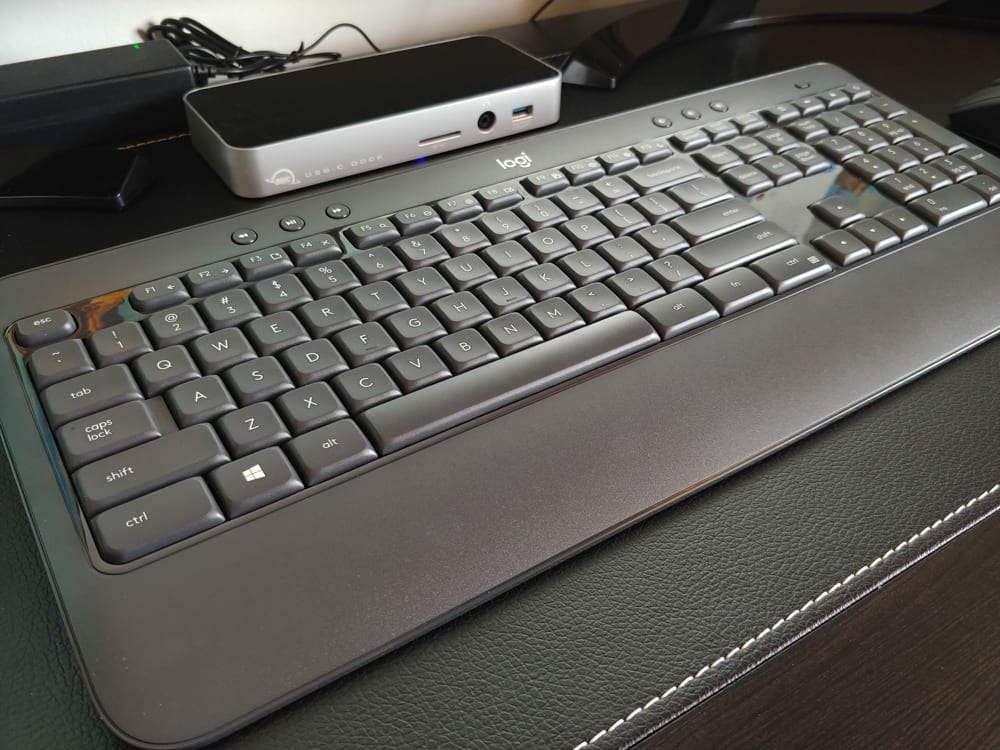 The keyboard on this also has separate media key shortcuts for playback as well as volume. That’s a nice addition and helps free up the function keys for other shortcuts. The keys on the keyboard also have really nice travel to them. I don’t like shallow keys so these feel pretty good and have a really nice click to them.

The Logitech MK540 Mouse on the other hand is pretty basic. It’s a standard 3-button mouse with scroll wheel and isn’t as advanced as the one that came with the 850. It does however have a soft touch coating on it for comfort and the shape of it allows for it to be used either left or right handed. Other than that, there’s nothing too special about the mouse. 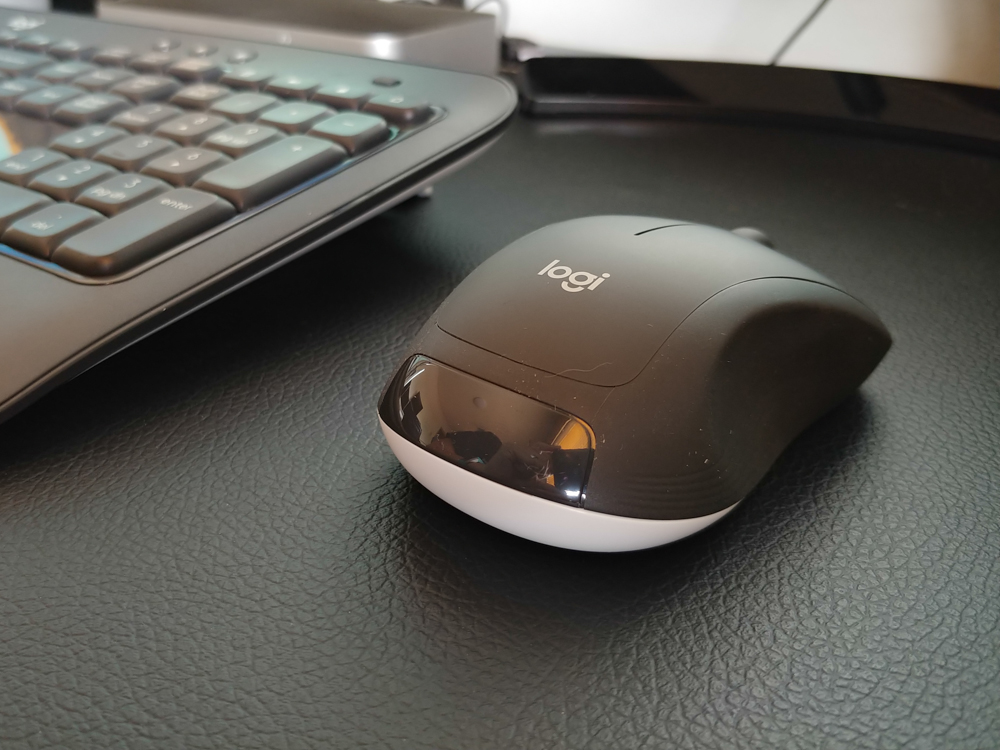 To get the most from your keyboard and mouse combo, you’ll want to also head on over to Logitech’s website and download the Logitech Options software. The software allows you to configure aspects of your hardware such as what the function keys do. This helps increase functionality, though it’s not necessary that you use any of this.

Speaking of the function keys, there are quite a few useful shortcuts included. A lot of the shortcuts pertain to basic functions such as web browsing, window management, and items found in the “file” menu. With that said, the MK540 is a handy keyboard for productivity.

If you’re wondering about how often you have to recharge the keyboard and mouse, you don’t have to. That’s because they both require the use of AA batteries. According to the literature, the keyboard can last up to 36 months and mouse can function for up to 18 months without have to replace batteries. This of course is dependent on use. There are on/off switches on them, but from what I’ve seen so far, they both go to sleep after a period of inactivity so no need to manually shut them down. Although I’m guessing you’ll be able to stretch the battery life more if you do. 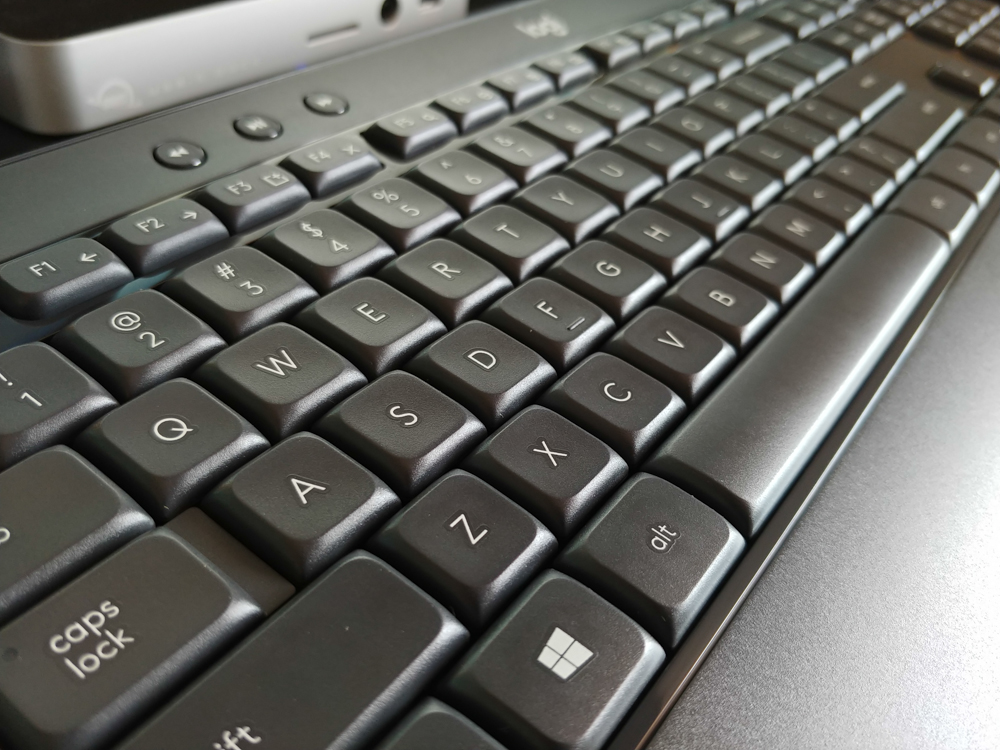 While not as feature rich as the Logitech MK850, the MK540 is also about half the price. It functions just as well wireless as any of their other combos and keyboard is rock solid. The mouse could be better, but for the most part, it gets the job done and I can appreciate that it’s an ambidextrous design. Another thing I can appreciate is that while the MK540 isn’t rechargeable and uses batteries, those batteries last a long time. Like I stated about, it’s estimated that the keyboard will go 36 months while the mouse will go 18 months without a battery replacement. I won’t know if this is true or not for a while, but based on my experiences with its MK850 sibling, you’ll go a long while before needing to replace anything.