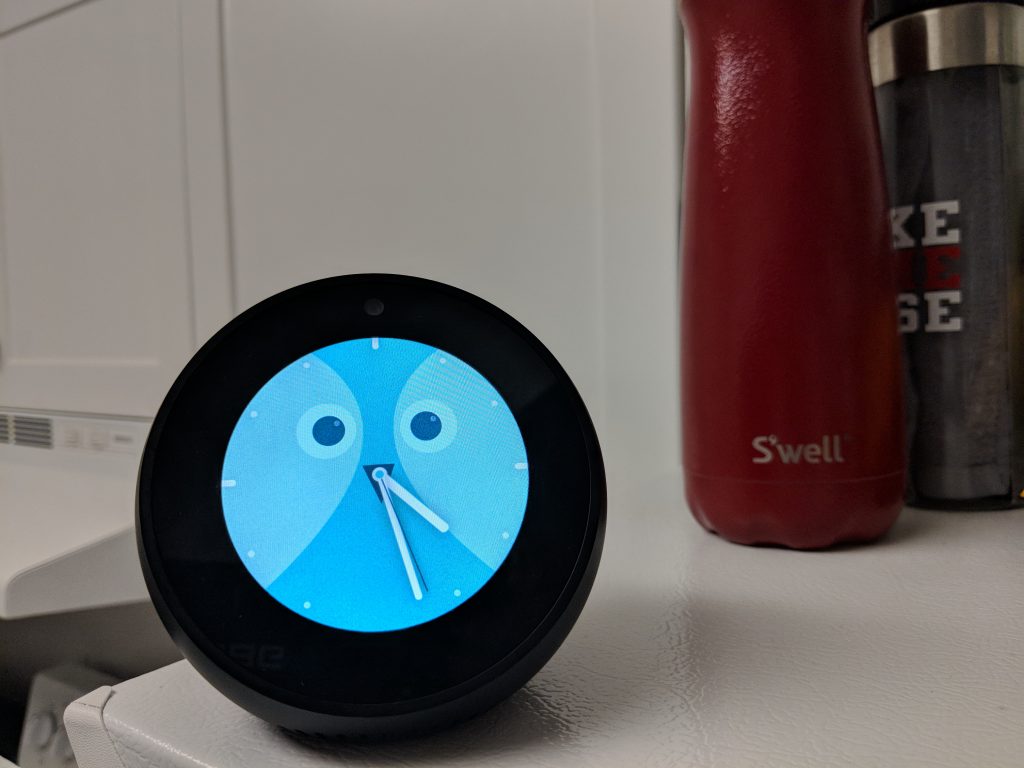 It’s been a little over three years since Amazon released their first Echo device and since then Alexa has been a household name and phrase right up or even surpassing the likes of “Hey Siri” or “Hey Google”. Since 2014, Amazon has released a variety of Echo devices ranging from the smallest with the Dot, revisions of the Echo and even the largest which is Echo Show. Amazon has mainly created an Echo to fit everyone’s needs and lifestyles. The Echo Spot is about ½ the size of the Show but setup to provide the same functionality. Is Amazon’s Spot actually spot on?

Unboxing the Echo Spot first thing you will look at is its 2.5” display on its hemispherical body. It is touch sensitive so you can scroll up, down, etc. It features three buttons on top consisting of Volume Down, Mic Mute, and Volume Up. It has only two ports on the back for Power and the other is a 3.5 mm audio jack if you desire connecting any audio devices. It weighs close to a pound which is more than half of the size of the Echo Dot. It has four mics built-in to assist with its far field tech so it can hear you over audio you are playing. 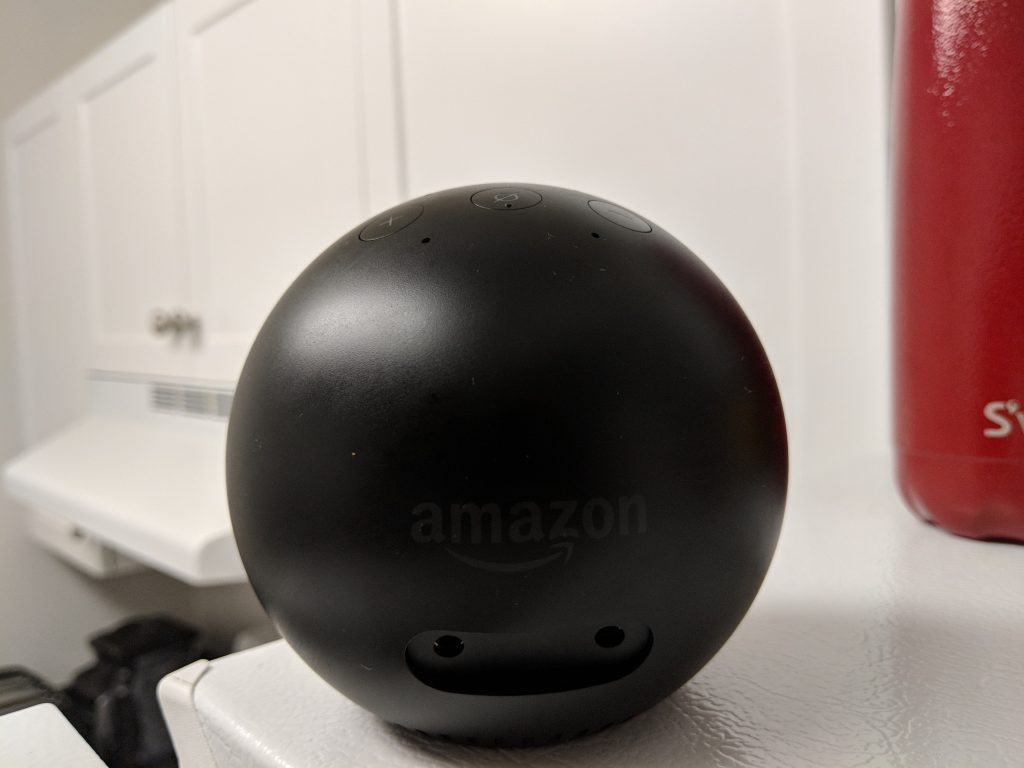 It come in colors of black or white. I actually prefer the black as it makes it look stealthy rather than the white body with the black ring around it. In that ring is also a webcam for 1 on 1 Echo chatting. All the audio is pumped thru a 1.4” speaker that lays at the bottom of the Spot.

If you have any Amazon devices already in your home than setup is rather easy as you just download the Alexa app and walk thru the necessary steps. From there you can customize the Spot to your liking but it’s pretty straightforward and easy to do. But since this has an actual screen you can type in your Wi-Fi and login info right on the screen if you don’t happen to have your phone nearby.

I tend to keep a smart speaker in the kitchen on top of my fridge as I spend a nice amount of time in there cooking so I put the Echo Spot solely in there to see how it would work on daily usage. I used it ranging from firing up lists, asking it about where my packages are and of course playing a great deal of music. Sound is pretty decent from the Echo Spot and it is surprisingly loud for its small size. Of course you aren’t getting anything pristine but it does the job. It’s very responsive and on point with commands. I tend to use Spotify on it as that’s my main app of choice but if you decide to use Amazon Music you will get scrolling lyrics which is pretty sweet and you might end up singing the lyrics right along(I might be guilty of this).

Watching video on the Echo Spot can be hit or miss in my option but I also think it depends on what you try to watch. If you want to watch stuff off say Dailymotion or whatever comes up in search it’s not optimized and can look pretty eh. I was trying to look up recipes but videos were so-so and I’d even get ads which are hard to navigate off a smart speaker. Now if you try to watch Amazon Prime videos on there they do look cleaner and give you a small 16:9 view or you can zoom in. Once again it’s not really ideal in my opinion of long viewing sessions. Catching some CNN news briefings were more up to my speed for watching and were not bad. Zooming in of course cut of some of the wording but it’s too be expected.

Echo Spot can be designated as the ultimate digital alarm clock with custom watch faces and options of using music. I find the screen to look good whether in the dark or with the lights on.

Amazon Echo Spot I found to be surprisingly good if you utilize its strengths and not pay attention its weaknesses. It has a nice sounding speaker for its size, display is good for things such as music playing, video calling and being a straight up alarm clock. It also works pretty fine in your smart home ecosystem and looks good on a bookshelf, desk or in my case on top of a fridge. If you want to use it to primarily watch videos I’d advise against it and may say opting for the larger 7” display on the Echo Show. Amazon has the Echo Spot going for $129.99 which sandwiches it’s between the smaller Echo Dot at 49.99 and the gargantuan Echo Show.