For the past year it looks like Fitbit has been trying to be more active in the fitness tracker space even though they practically own it. There has been buzz from competitors here and there, but they seem to have it on lock. This time around Fitbit has decided to jump into the crowded smartwatch arena with the Ionic. While they had watches out (such as the Blaze) they weren’t designed like the Ionic as they were just more or less Fitbits with larger screens. I been using the Ionic for the past few weeks as I switched off from the Charge 2(and sometime w/ the Alta HR prior to that). Is the Ionic as smart as you think? 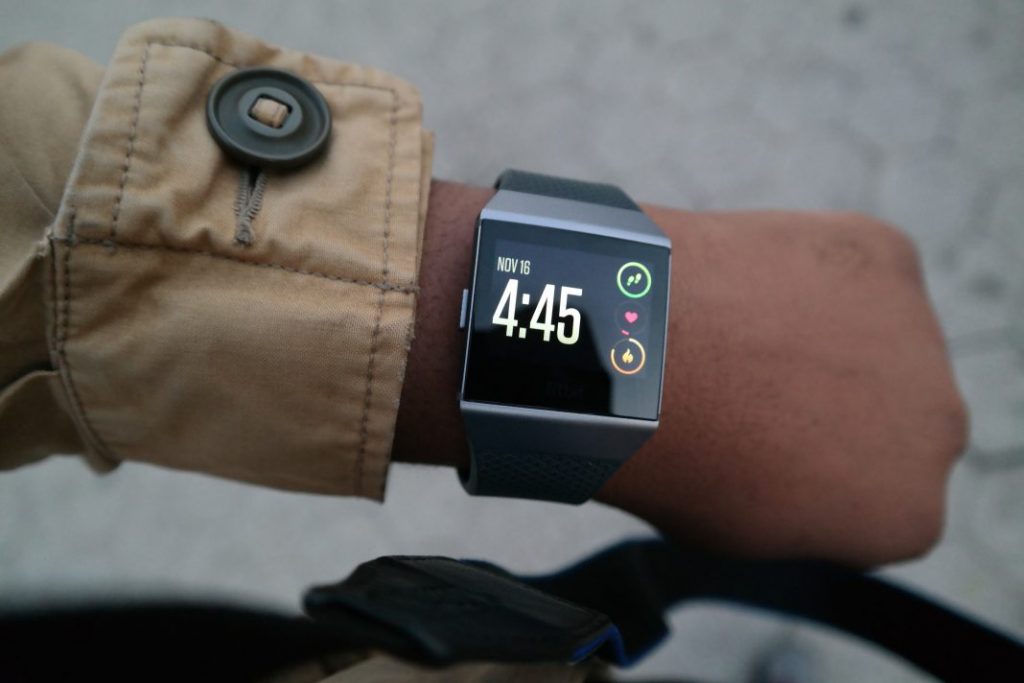 The Ionic has a colorful touchscreen LCD display that comes in at 1.42″. Resolution on the display is 348 x 250 and is also coated in Gorilla Glass 3 to assist it with being screen resistant. As much as I have rubbed my wrist against things including my desk it still looks as intact as the day I got it. The casing is made of aluminum and comes in assorted colors. I am using the Charcoal/Smoke Gray combo w/ the included watch bands being Smoke Gray. The bands like the Alta and Charge are detachable. I find these very easy to snap off and swap as they have a button you can press and then snap the next set on. A pleasant change of pace w/ the Ionic is it comes with Small and Large sizes to cater to both. I have been using the Large wristband. Both are made of a durable elastomer material which feels quite light and comfortable on the skin even with extended periods of usage. 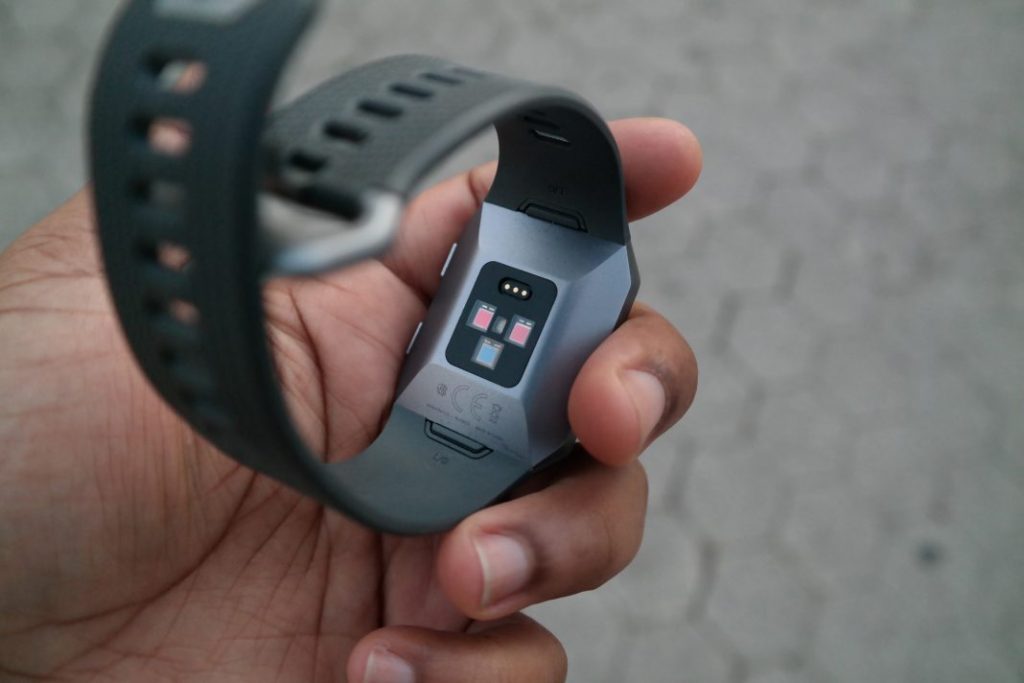 There are three buttons on the Ionic with one on the left to turn it on and the right side with two for various features such as bringing up stats and workout activities. Underneath the watch casing is the heart rate sensor and a three-prong charging port (yes, another Fitbit charger). There is also a 3-axis accelerometer, gyroscope and altimeter. To keep it up to date its equipped with WIFI, GPS, and NFC. There are also sensors under there for SpO2 which will be good for tracking blood oxygen levels (even though Fitbit isn’t giving you stats on it yet).

As stated earlier I been using it as a daily for about the past month or so as my main wearable. It’s been comfortable on the wrist even in activities as working out or just daily wear. The Ionic itself is super lightweight and doesn’t feel cumbersome in my eyes. Doing some quick runs and working out the Ionic was pretty accurate as I have found using prior Fitbit models. Fitbit has added features such as Run Detect that picks up on this and helps if you stop at a light as it will pause and resume right after. Also thanks to it being stock with 50meter water resistance you don’t have to worry about any sweat or rain issues. Realistically with that amount of water resistance its equipped for swimming but unfortunately, I’m not much of a swimmer so that didn’t get tested.

Having a full display helps with using Fitbit’s Coach app which gives you visuals on how to do one of their various workout routines if you have a tough time trying to understand how to do them. It gives you a countdown for each workout, but you can work at your own pace.

Battery life with the Fitbit Ionic held up good giving me about a week with once in a blue syncing and with on/off syncing I got about 4 days out of it. I tend to use Fitbit devices and sync them maybe once or twice every couple day for stats especially if you have friends you are competing against in Challenges.

Surprisingly I like using the Fitbit Ionic to track my sleep patterns. I always felt Fitbit held up great in these regards. Telling me the periods from when I passed out to waking up. I don’t think you are aware of your sleep patterns till you can look at them daily. 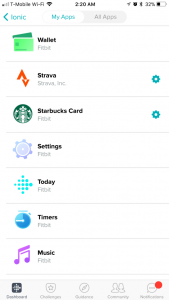 One of the touted items with the Fitbit Ionic is it’s supposed to be a full-fledged smartwatch and have features where you can leave your smartphone behind whether it in your pocket or gym bag. As mentioned earlier the Ionic has NFC incorporated which in turn allows you to use what they call Fitbit Wallet. With Fitbit Wallet you can setup Fitbit Pay and add a qualifying bank card which sadly has a small list of banks. I mainly use Chase which isn’t on there nor is my 2nd option which is Citi. There is BoFA or Capital One on there for you though. You can check the list of banks here. Luckily Fitbit provided me with Boon Pay that has Mastercard to try out Fitbit Pay. Once you have a card on there you must create a PIN# to make sure no one accesses your card(s) without authorization.

I did find using Fitbit Pay easy to access as you just hold the left button and the PIN key comes up and type it in and it last for about 10 minutes I believe. I tried it at various stores like McDonalds and Duane Reade which readers are usually good and working. If you want to change or remove cards Fitbit Wallet will ask you for your fingerprint (or PIN). As far as 3rd party apps there aren’t really that many. Starbucks is on there but it’s essentially a barcode that can be scanned. There is Pandora which is cool, but I use Google Play Music and Spotify. Everything else is pretty much Fitbit’s OS apps. Seeing this was announced two months I would expected their App Store to be littered with cool ways to use the Ionic but sadly nothing else has come out yet. 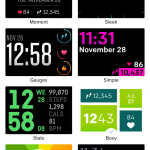 ClockFaces are on the Fitbit Ionic and look nice but I feel they take seemingly took long to switch between where on other smartwatches its usually a mere couple seconds. It goes through this process every time even on ones you used before.
Features such as ClockFaces, Apps, and Wallet can be accessed through the Mobile Fitbit App which you have grown accustomed to if you have used it before. I have been using an iPhone 7Plus throughout my Fitbit usage.

With the Ionic, Fitbit brings new features to the table such as NFC payments, apps, videos, and music playing while still staying strong in what they have been great at which is fitness tracking. At $299.99 you are getting a smartwatch which is terrific at tracking your workouts and sleep patterns but not the best at being “smart”. I love using it as my daily driver for a watch with its colorful and bright display and keeping track of everything I do. I wish it did better in the apps department, supported more banks for payments (Fitbit Pay works smooth) and even music apps for music. The Fitbit Ionic does carry solid battery life with a good four days of usage.

If you are a heavy Fitbit user, then you will fit right home with the Ionic or want pretty accurate statistics. But if you are trying to use for more of its smartwatch features I’d say give it some time for Fitbit to beef up that department.
Fitbit Ionic is available across various retailers.