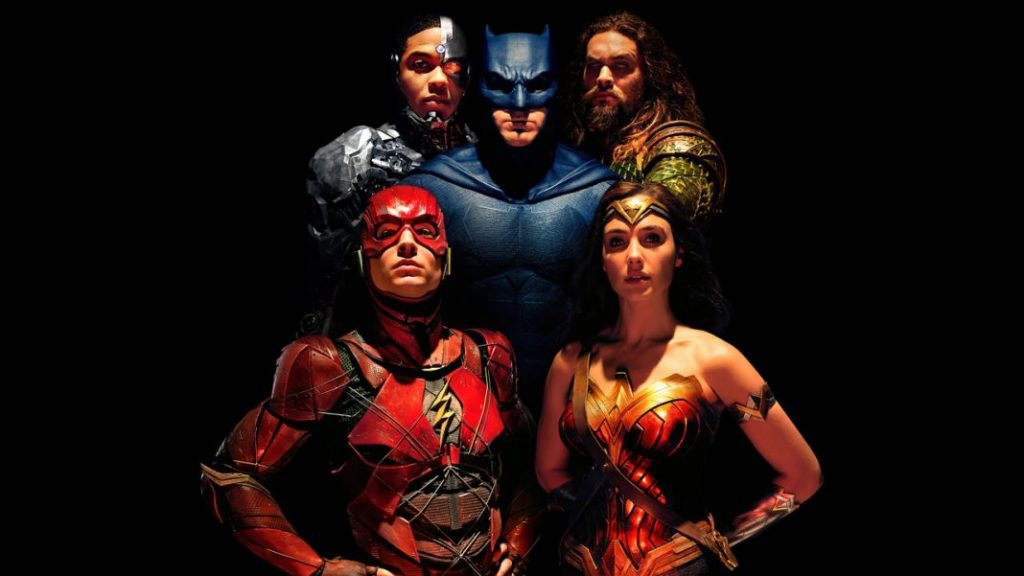 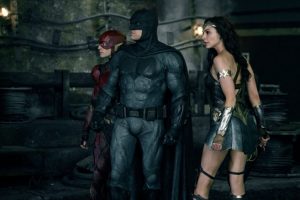 With the press embargo finally lifted, I can finally report to you what I thought of DC’s final film of the year. The highly anticipated, Justice League. The long-awaited film takes place a few months after the events of Batman v Superman: Dawn of Justice. It begins with a mobile video of a kid (not shown) asking Superman if the S on his chest really means, “hope”. It’s a great little moment that I’m going to refer to again later. Superman is gone, the world mourns him and Bruce Wayne still blames himself for his part in it. While investigating a new threat, Bruce realizes the absence of the Kryptonian has left the world more vulnerable to what’s coming. With help of Diana Prince/ Wonder Woman, he’s seeks out the help of other metahumans (humans with special abilities), to join them against the odds. 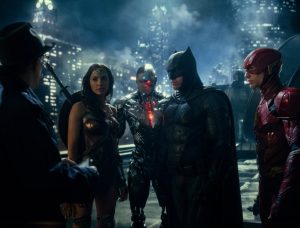 I need to confess something, I am not a fan of the DC Cinematic Films. I didn’t like Man of Steel, I truly disliked the theatrical cut of Batman Vs. Superman, Suicide Squad was okay at best, and Wonder Woman was a step in the right direction. Okay with that said, there’s a lot to like in this film. As the credits begin, it swells into an excellent cover of Leonard Cohen’s, “Everybody’s knows” by Norwegian singer Sigrid. The lyrics and music are just perfect steering you into the emotion you’re supposed to have going into this. When the first action scene hits, you notice, color. Snyder’s dark, unsaturated depressing tones found in Man of Steel and BvS are missing. It actually made me sit up, looking, I started to have hope for the film. 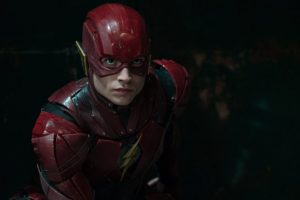 Now Justice League has had a very difficult road leading up to the screen. With Director Zack Snyder stepping down from duties to take care of his family and Joss Whedon taking over the reins for reshoots, there are so many things I expected to go wrong with this film. I was pleasantly surprised by the outcome. The film is by no means perfect, but it’s certainly not the train wreck most people are expecting. Here’s what didn’t work for me, the CGI (computer-generated imagery) Villain. From Man of Steel, Suicide Squad and even Wonder Woman, This problem has continued to plague the DC films. If a movie is going to use this level of CGI it needs to be part of the illusion, my eyes and mind need to believe that what I’m seeing is real enough to exist. I couldn’t buy into the threat, or that the heroes were in true danger because of it. The work done on the heroes, were great. Ray Fisher’s Cyborg’s and Flash’s lightening trail, looked real, tangible, I bought into their characters that much more because of the work done there. There are epic levels of moments and exposition, standard Snyder fare, but story telling wise, it becomes a bit disjointed. You can blame it on the dual director input, or length of film, but its one of the things that prevents it from being a better film. Since I’m in the route of what worked, the most important plus is the team. I can honestly say I am impressed with what they accomplished. Each hero was given just the right amount of the time to shine, this is no more a Batman movie as it was a Wonder Woman film, this is a Justice League movie, and the team performances are actually quite good. 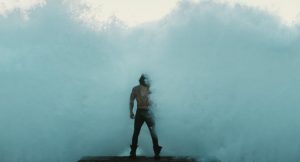 Ben Affleck’s Batman in BvS was one of the best things in that film and his performance in this movie is improved. After many years of Retired Batman and the events in BvS, as Bruce Wayne and Batman, he needs to redeem himself as well as prove he can play well with others again. Gal Gadot continues to shine, she is Wonder Woman. Her strength in this role really carries through as the unified glue of the team. What was just teased in BvS finally delivered, the first time Aquaman, Cyborg and the Flash are developed on the big screen. Ray Fisher’s Victor Stone is an athlete who, is cybernetically reconstructed after a nearly fatal car accident and believed to be dead. Understandable the most hesitant and jaded member of the team, but even his role is quite important to the story. Ezra Miller’s Barry Allen/ the Flash is kid who’s still trying to figure out his role in the world, when he finally meets Bruce Wayne. His child like excitement, draws you in and like Jason Momoa’s Arthur Curry/ Aquaman steals almost every scene they’re in. 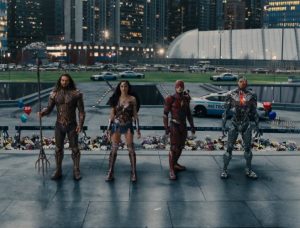 If you’ve seen any of the trailers for the film, after watching it you would have noticed like I did, a whole lot missing from the film. Don’t be surprised if the DVD release includes an epic amount of extra footage. The movie is loaded with tons of hidden easter eggs and as it has become customary with many comic based films, Justice League has two post-credit scenes. So you may want to stick around for a crowd pleasing finish. Major problems aside, the film still manages to be entertaining. It is better than Man of Steel, Batman Vs Superman and Suicide Squad. This may be the only one (so far) I willingly see twice in the theater. There is hope for the DC Cinematic Universe yet.

The League Unites in theaters starting TONIGHT and everywhere on November 17, 2017.