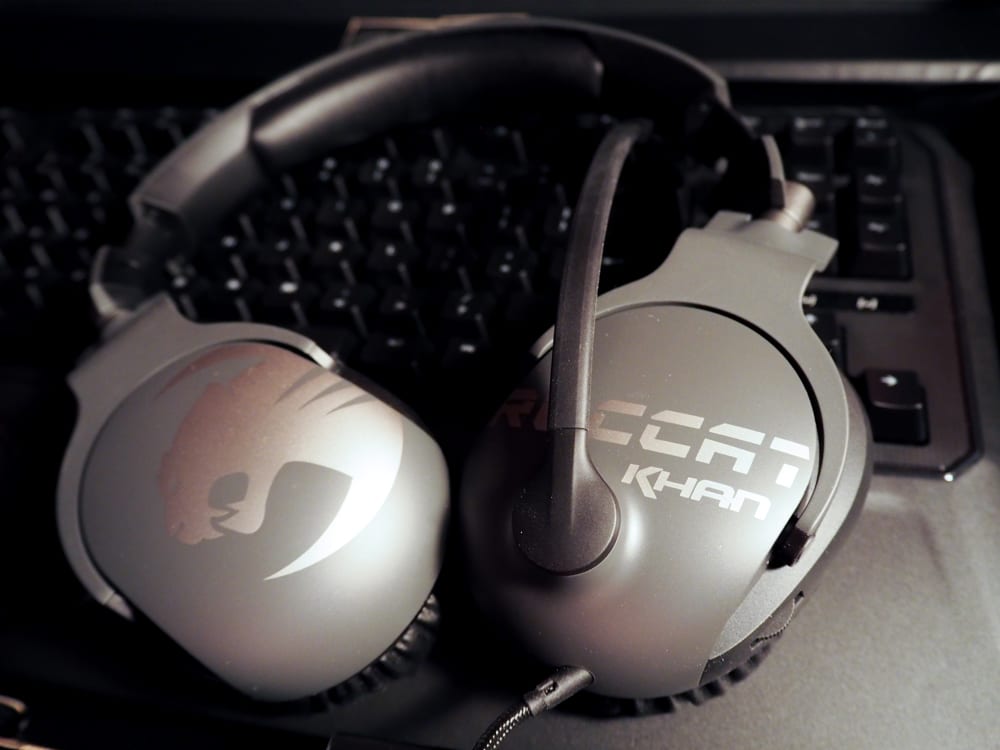 Gaming is more popular than ever these days so it’s no wonder there are more and more companies making gaming specific accessories. While that’s all good and the more the merrier, it’s the established brands that usually come out with really well thought accessories due to their experience. Take for instance Roccat who have been pumping out quality gaming keyboards, mice, and accessories for years. They also make gaming headsets, though I’ll bet there’s a good many of you who probably didn’t know. With that said, I’m checking out their latest, the Roccat Khan Pro. It’s an affordable gaming headset that features competitive level Hi-Res Audio in a very comfortable, lightweight package. 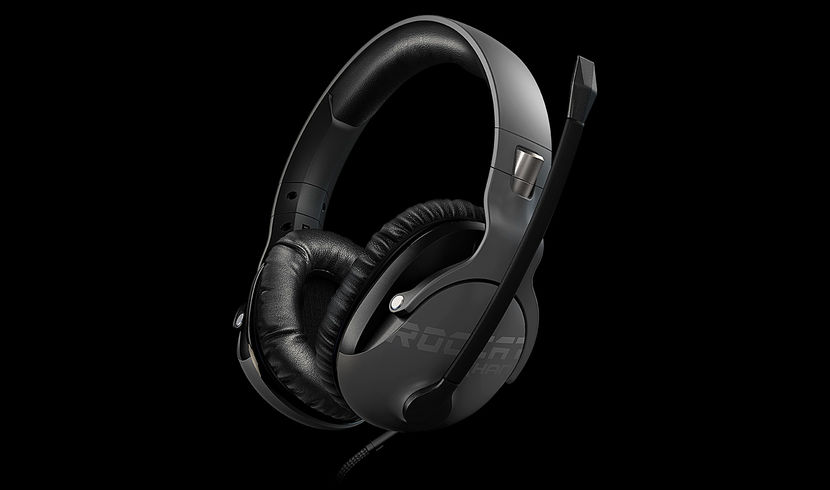 The Roccat Khan Pro is a pretty good looking gaming headset. It’s not a fancy looking headset by all means but the design is functional and well though out. There are no flashy lights or neon accents. The pair I received is just plain Grey, though it also comes in black and white. The grey doesn’t look bad at all and there’s a nice contrast with the black accents.

The headset is made mostly of plastic, which is probably why it feels so light. The Khan Pro also features stainless steel sliders and solid hinges for durability. The band is pretty flexible and when worn, isn’t overly tight. Sometimes really tight headsets make give me a headache after a while because of the pressure. These don’t. I also helps that the band is padded with soft memory foam as are the ear cup cushions. The entire build it self is just really comfortable and light.

Speaking of which, the ear cups are angled ever so slightly to better fit the angle of your ears. Since these are over the ear units, the cushioning goes all the way around your ears so there’s nothing sitting on top of your ears. I really appreciate this design especially during long hours of gameplay.

The microphone on the headset is flexible and can be positioned in many ways. What’s neat about the design is that you can flip the mic up to have it auto mute. That makes it sop much easier then trying to find a little mute button to press. The only downside I see to the mic is that it’s not removable, although you can flip it up. Also there’s a built in volume control on the back of the left ear cup.

Lastly, since the Roccat Khan Pro is made for gaming, the cable on it really long so you have enough slack to maneuver without worrying about ever yanking the cable out of your computer or controller. It’s about 8ft long which is plenty long for most applications. 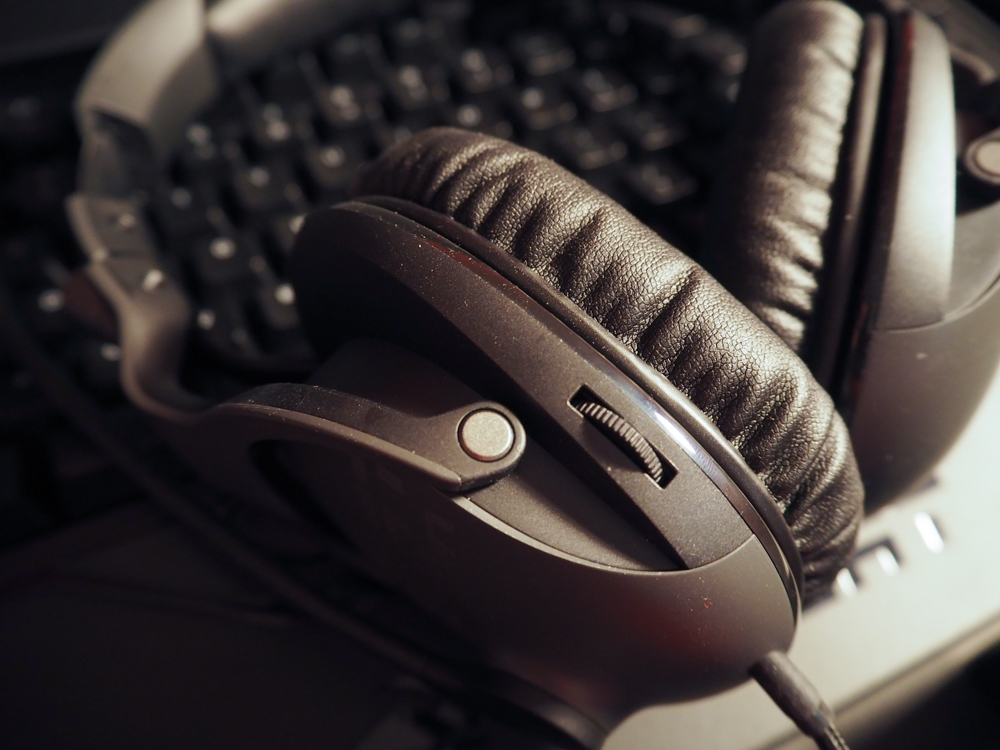 Now to the important part of the review and that’s the sound. Since this is a gaming headset, you want something that outputs clear, crisp audio where you’re able to hear every little detail in the games that you’re playing. Does that Roccat Khan Pro do that? Yes they do and that’s in part due to the fact that these feature Hi-Res Audio. What that means is that it delivers richer highs, mids & lows so you can pinpoint opponent locations with ease. Its high speed drivers eliminate lag and muddiness.

In fact, Roccat claims that these are the first Hi-Res Audio compatible gaming headset.

Now I’ve stated before that I’m no audiophile so it’s difficult for me to really discern the difference between standard audio and Hi-Res. I can however say that the Roccat Khan Pro sound really good. I tried these on my PS4, the PC, my LG V30, and on the PS Vita and everything sounds terrific with these. When in a game, you can hear every little tiny detail. That includes sounds you’ve probably never even heard before if you’ve been playing your games through speakers. For instance, I used these with Gran Turismo Sport and I didn’t even know there were animal sounds in the background on some of these race courses. This of course was the same with every other game I played on both console and PC. If you’re playing an FPS or a multiplayer game, you can also hear exactly where all the action is and what direction it’s coming from. What more can you ask for?

Of course you can also use the Roccat Khan Pro for music and it works wonderfully well for that too. Because it features Hi-Res Audio if you have a phone like the LG V30, this is a great headset for it. 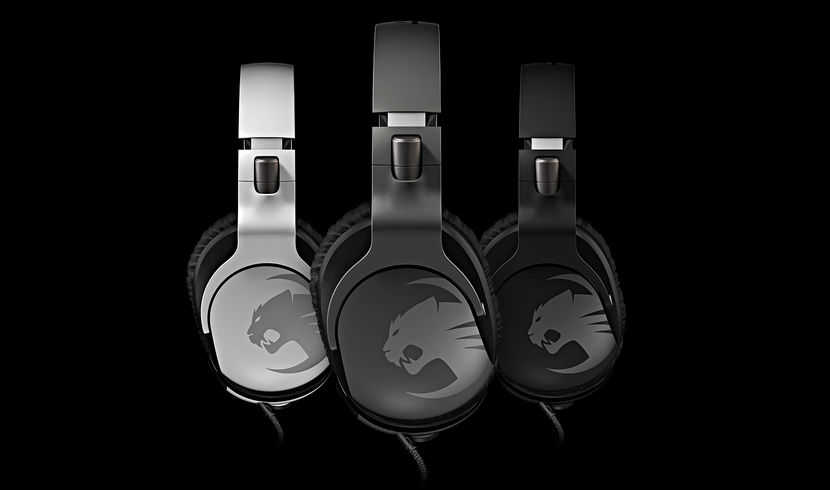 When it comes to gaming headsets, there are a lot of really good choices out there. Ultimately it really comes down to personal preference. By that I mean the way they look and feel on your head.

With that said, the Roccat Khan Pro does look pretty good despite it not being very flashy. It’s true that there are other gaming headsets out there that probably get more love, but if you’re looking for one, give the Roccat Khan Pro a chance. They’re comfortable to wear for long periods of time and should fit a variety of head shapes and sizes and top of that, they sound really, really good and isn’t that what you want?