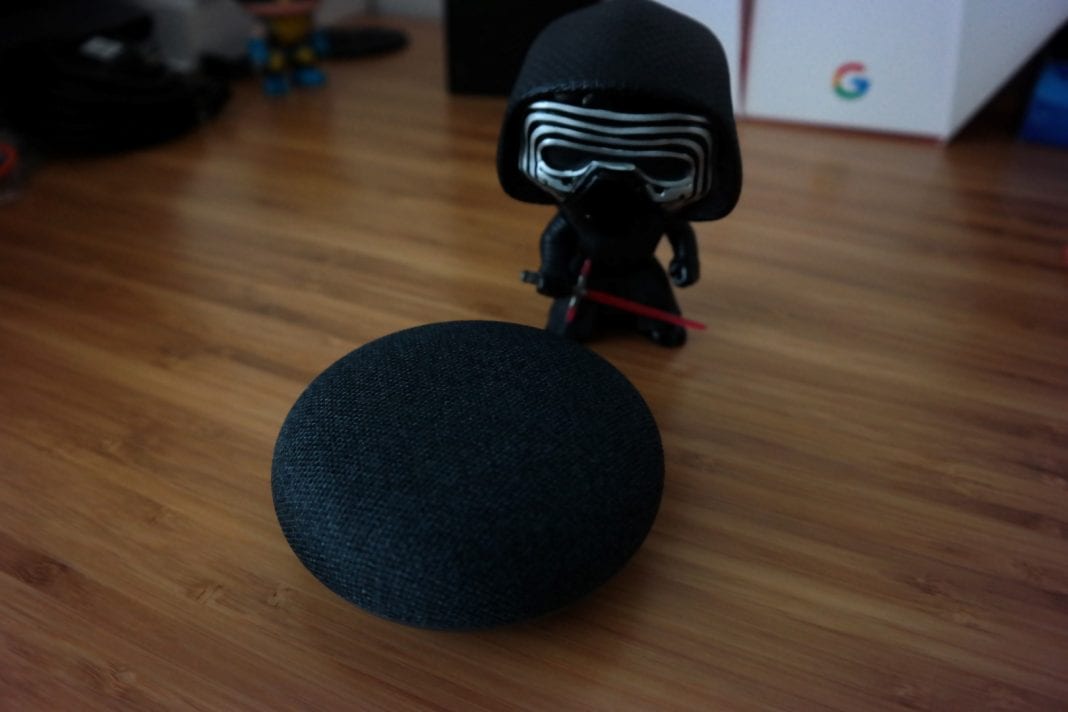 Last year around this exact time Google introduced a suite of devices “Made by Google” ranging from a smartphone, routers and a smart home speaker called Google Home baked with Google Assistant. It’s no surprise that Google’s main competitor with Google Home is of course industry leading Amazon and their suite of Echo devices.

One of the most popular is Echo Dot which is small and fairly low priced. Google this month launched a challenger called the Google Home Mini. It’s supposed to be some of the best of its bigger brother Home bit smaller. Does the Mini have a place in your Home? 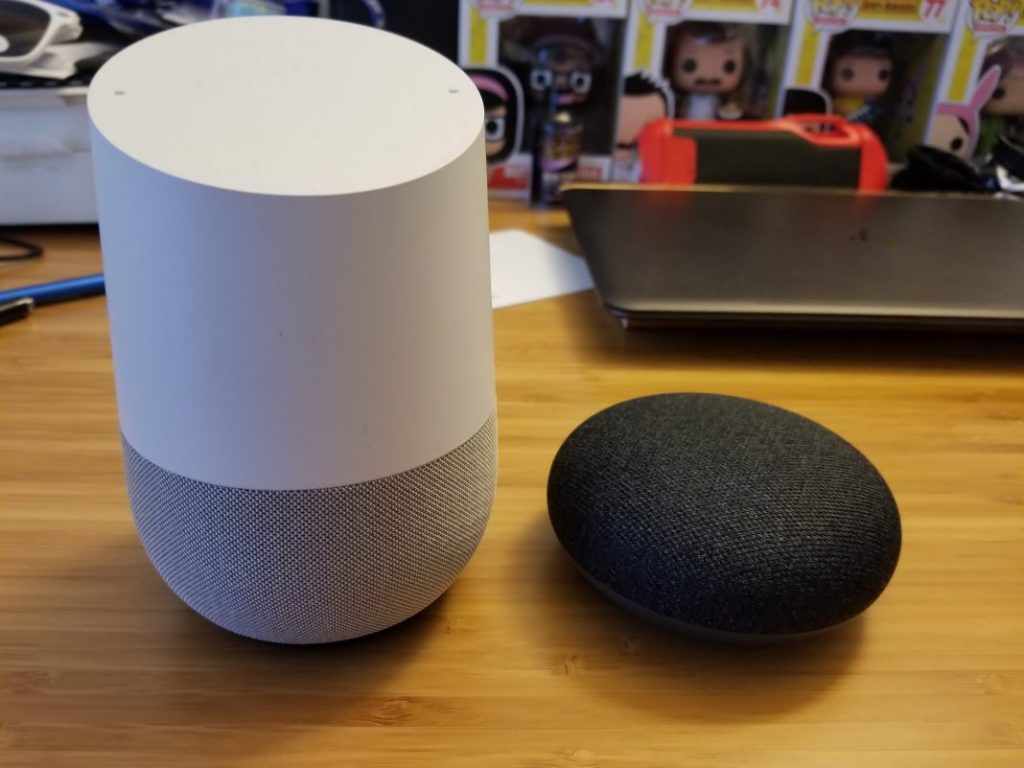 Just seeing by comparison pictures the Home Mini is about 1/3 the size of the larger Home just matching up height wise to the bottom half. It’s still made of the same woven fabric and comes in three distinct colors. The Mini has microUSB port on the back for powering up the device and a switch to mute it if needed.

Behind the fabric the Mini is housed with 1 driver compared to the 2 that fit inside the Google Home.
It’s a pretty simplistic design and reminiscent of a hockey puck and about the size of a donut (hence their donut pop-up shops hyping the Mini). When powered on and in use there are four lights that illuminate.

Thanks to its design and size the Mini can blend into the background better then most smart speakers out there including the Google Home. 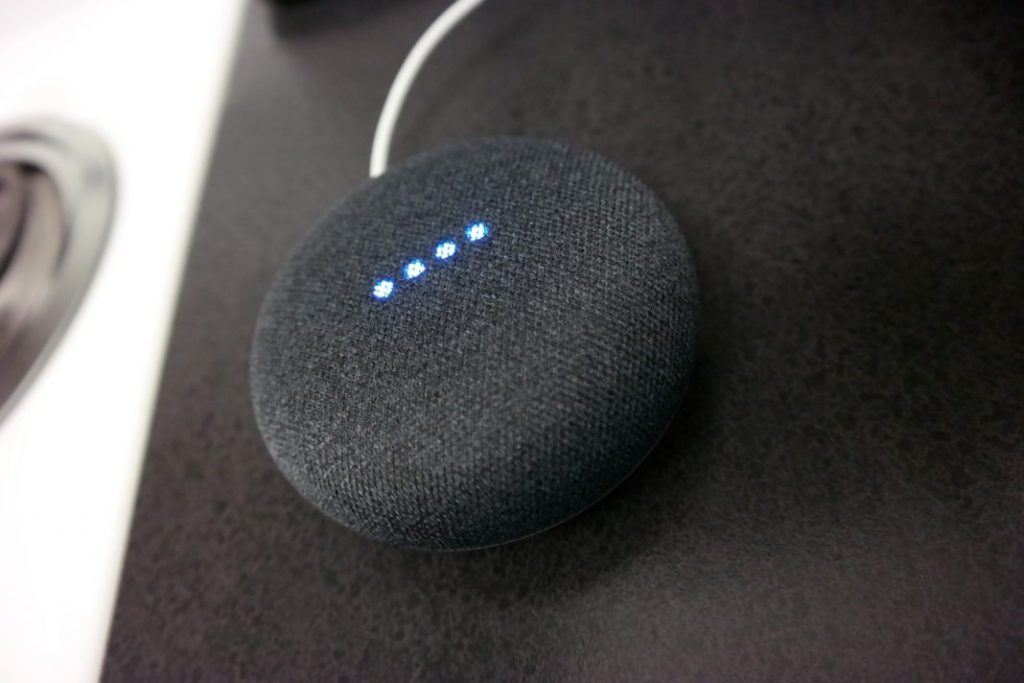 Setup is pretty easy with the Mini. You can simply download the Home app and follow the on-screen instructions. Once that was done it synced with my profile and I was already asking it to play music from my various playlists on Google Play or Spotify.

Saying “Hey Google” is still the say wordplay to start off as it is with any devices equipped with Google Assistant. There was a feature on the Mini where if you pressed down on it you could activate Google Assistant too but Google killed that feature after some privacy concerns from early review units. I thought it was pretty cool to have and hope they bring it back.

Other than that the Mini is pretty good at picking up phrases even with some slight noise. Talking to it from across the room fared good results as well. Well I have used it for music, it’s not good as the larger Home but the Echo Dot sound quality isn’t that great either.
Raising and lowering the volume requires finger swaps where the Google Home used a circular motion. 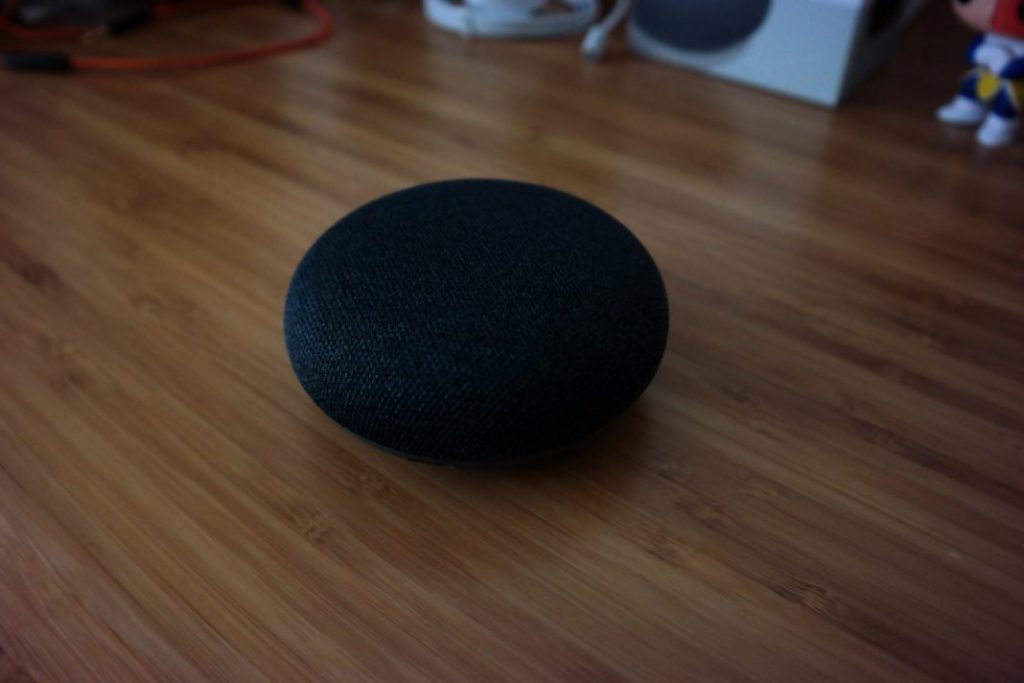 It was smart of Google to add the Mini to its catalog of smart speakers as it goes after the Echo Dot crowd and hits that sweet price point of $49.99. It will easily be a stocking stuffer this year just like the Chromecast in the past. You aren’t getting superb audio but at this price you can only expect so much.