Last year with the launch of the Google Pixel phones and Google Home, Google had a lot to show off though it was only dipping its toe in the hardware side of things. With this launch Google opened Pop Up stores in various places. Once of those was in NYC and we took some time to check it out. It was a great experience and place to put your hands on all that Google had to offer. They had stations for the new Pixel phones, Google Home, Chromecast/Chromecast Audio, and Daydream was there.

If you wanted first hand touch on these devices before you decided if you wanted to buy one this was the spot to go. As you took a tour and came to its conclusion the only low was that as you were coming off that high excitement, you couldn’t actually buy one there. Sure you could go home and get on the computer or even maybe go to the Google store on your phone and make that buy, but you still have to wait for it to be delivered. 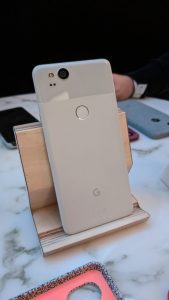 This year Google is back with a truck load of new hardware right to be purchased. And again this year they have pop up stores in various location. This time around Google had a lot show off. We have the new Google Pixel 2 and Pixel 2 XL and some accessories for them, there is the Google Home Mini and Max, the Pixelbook, and an updated version of the Daydream View. Like last year these pop up stores will have station where you can get some first hand experience with them. However this year when you are at your excitement peak, YES you can actually make a buy for that instant gratification. We’ve been told that if the mood hits you, you can buy a Pixel phone or Google Home Mini while you are there. 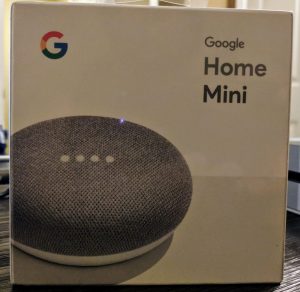 This isn’t access to the full line of new devices though, as some are still in the pre-order stage and will be available later in the year. However for the Pixel phones the only way you could really get a Pixel 2/XL would to go the Verizon route, or get an unlocked one from the Google store and way for shipment. To be able to walk into a Google store and walk out with a new (assuming) unlocked one makes it so worth the trip! And if you are still licking your wounds from not winning a new Google Home Mini at their Donut shops, here is your chance to buy one as well!

In New York you can visit the pop up store staring Thursday October 19th and it is at 110 5th Avenue (at the corner of 16th st). If you are in LA, you can check it out at 8552 Melrose Avenue. If you are in the area stop by!