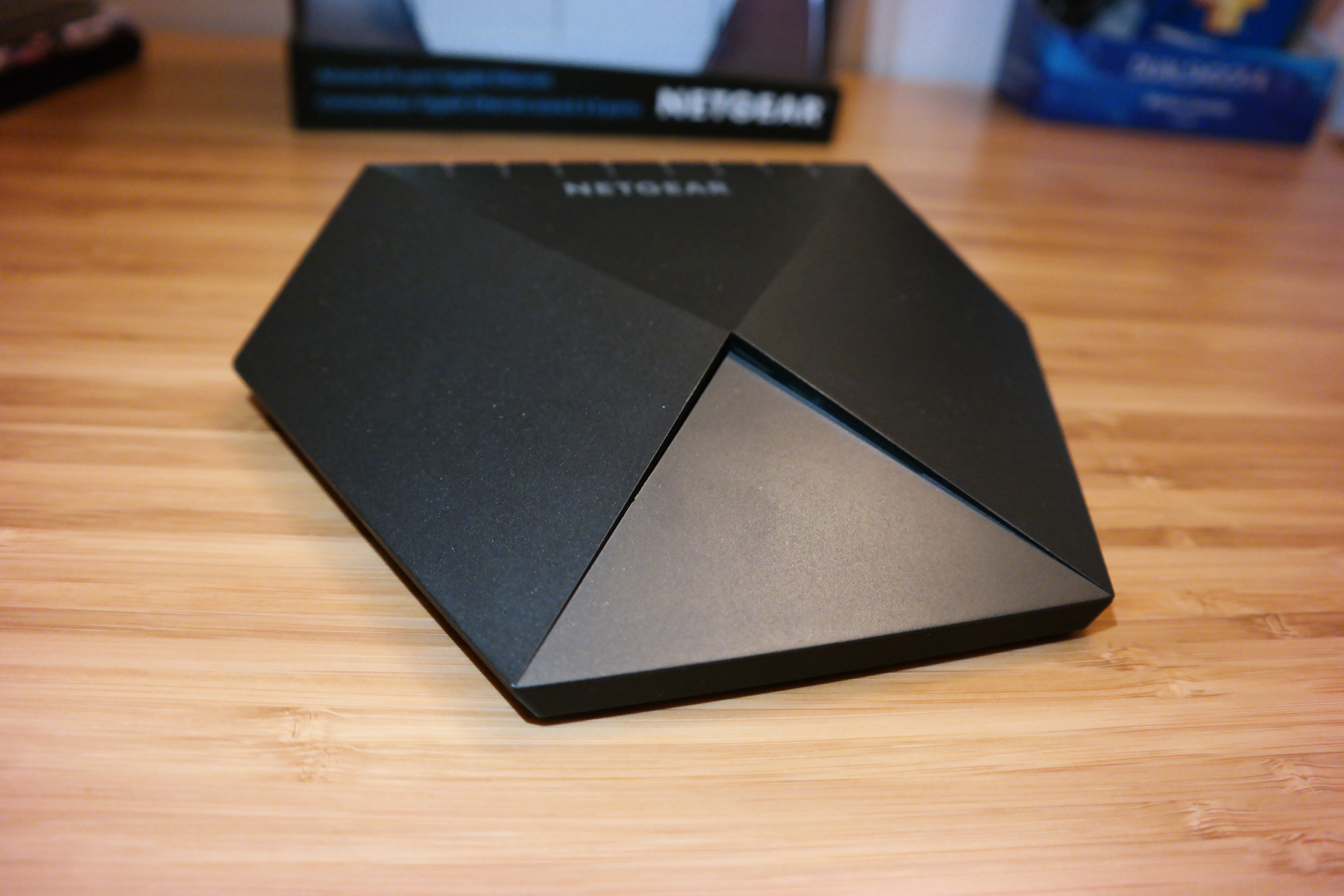 If you are a techie like me you most likely have a ton of gadgets running wirelessly but there are some you may want to dedicate an Ethernet cable to. One of those devices is usually a gaming console which usually takes up a decent amount of bandwidth and if you are playing a fighter or FPS you want to make sure that connection doesn’t lag or drop out which happens once in a while via wireless.

NETGEAR’s Nighthawk S8000 is designed in mind like their Nighthawk routers. The S8000 definitely looks like a Nighthawk fighter jet with its clean and stealthy black metal design. Surprisingly it also has a bit of weight to it as I felt it was heavier than NETGEAR’s Orbi routers which I have setup and connected to as well. On the front of the S8000 is a blue indicator light and you also get blue lights in the back depending on how many ports you have connected. There is a toggle on and off switch on the back if you want to disable those lights on the back. It does nothing for the front and will always stay illuminated which irritate you if you aren’t a fan of lights. It’s not too bright in the dark though so it may not be too bad. 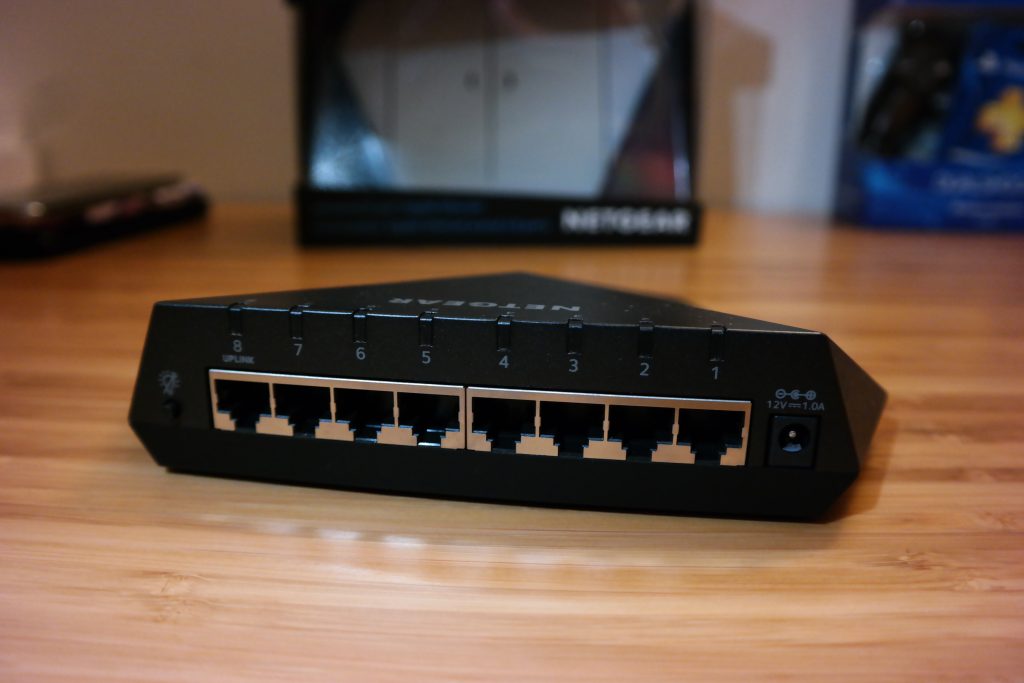 Switches are fairly simple to setup and it’s not any different with the S8000. Just plug the power in, take an Ethernet cable and connect it your modem or router and you are all setup. Multiple ports (eight to be exact) are at your exposure.

But it doesn’t end there as the fun actually lies into tinkering with the QoS (Quality of Service) options. Via the web app or even the mobile app you have access to such options as traffic priority, management of the various ports and so forth. You would need to get the IP address from your Nighthawk to access the admin setup and use the standard password which is always easy.

If all this is a bit overwhelming for you can follow NETGEAR’s suggestions of connecting a gaming device to Port 1, streaming device to Port 2 and the list goes on. For me I would want to gain control of how those ports work as I’m using an Xbox One, Ps4 Pro, NVIDIA Shield TV and a few other devices. 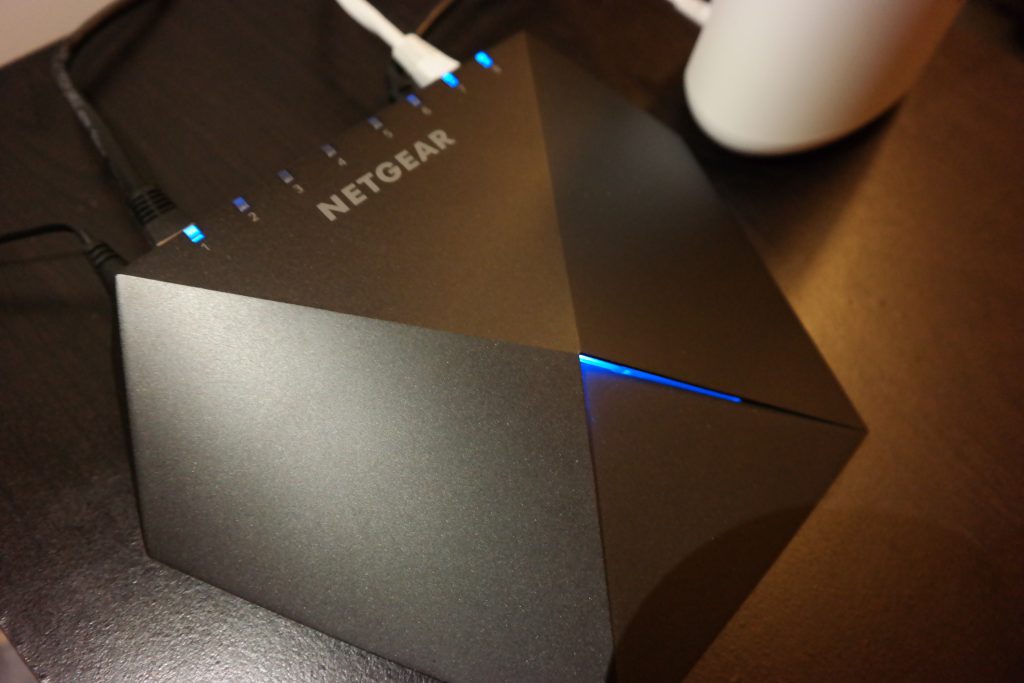 Using the S8000 so far I have experienced better connection for my PS4 Pro then before. I don’t know if you have ever used PS4 before but even wired it can be sometimes an up and downer of how it consumes bandwidth. Sometimes you can get good speeds or other times slow. So far using the Nighthawk S8000 I have seen the data speeds extremely beneficial with me getting most usage of the 350+ MB/s speeds I have subscribed to via Time Warner Cable Spectrum’s Internet services. The number was at a staggering 280+ and of course I have other devices sipping on my data speeds as well. 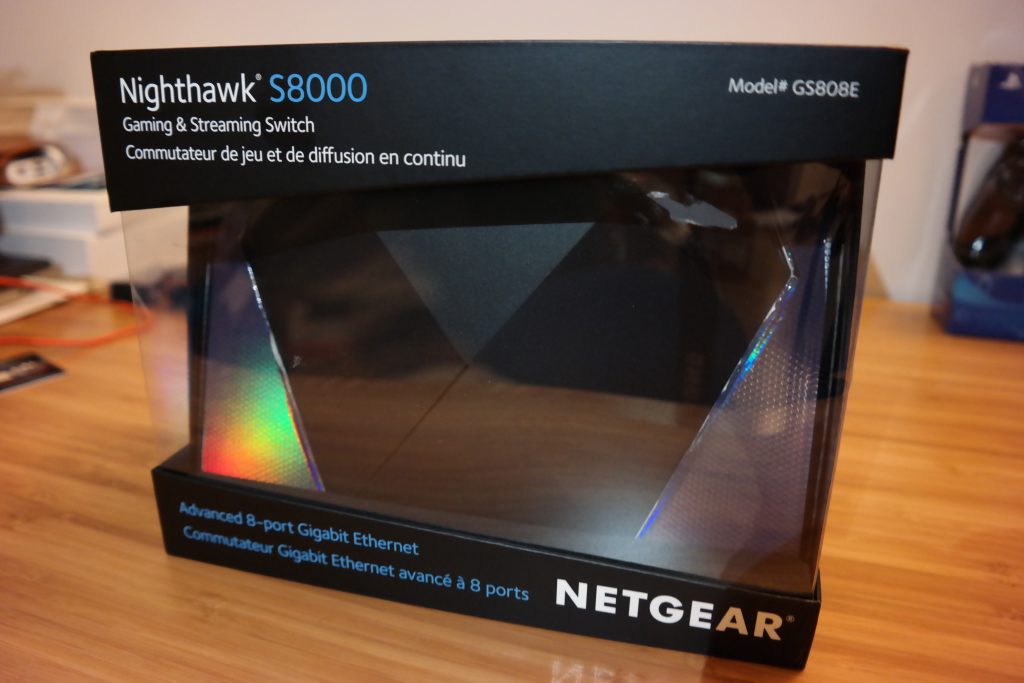 With a price tag of $79.99 the S8000 is about double the pricing of other switches out there including some of NETGEAR’s own devices. But with the S8000 you get a plethora of management options at your disposal. If you are a hardcore gamer that wants priority on certain devices then this maybe up your alley. It’s even good for those that use streaming devices and need that bandwidth to enjoy 4K and HDR video on their TVs. If you are just trying to add more ports to your network otherwise stay clear. It is a pretty snazzy looking switch though…