While other smartphones have hit the market such Samsung’s latest and even from Apple with another release on the horizon there are those waiting for the V30 from LG. This will be LG’s 2nd release this year with the LG G6 coming out in the early Spring. The LG V30 can be considered a media powerhouse with its dedication towards video and camera capabilities. They also have an earful for the audio enthusiasts out there that crave better sound from their smartphones. Here are some reasons you might want to grab a LG V30. 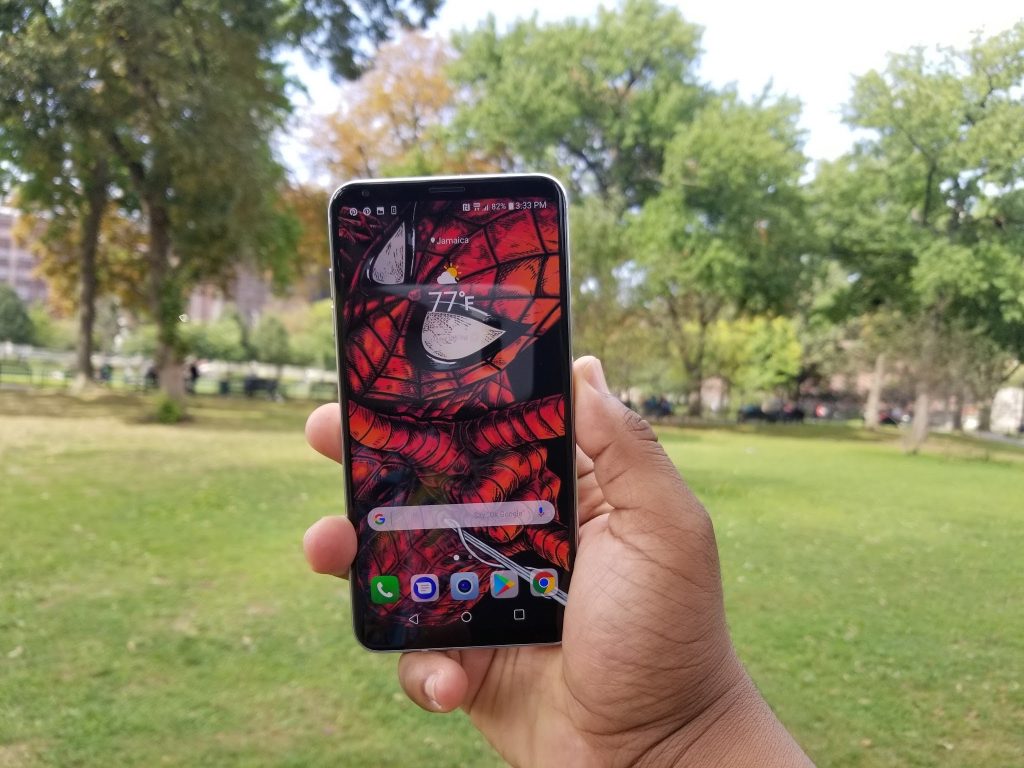 The V30 is quite the departure from its V20 predecessor. Gone is the plastic backing giving access to removing batteries and switching memory cards and here is a well-rounded concealed smartphone more in line with its older cousin the G6. Another departure is their “Second Screen” giving you a near bezel less 6’0 P-OLED “FullVision” display with 1440 x 2880 pixels (537 ppi). I welcome the change though as it brings you a clean looking glass design that is on the back and front of the LG V30. Display gets vivid and bright and I haven’t experienced any issues as some were saying with their V30’s initially. Like the G6, the V30 has an 18:9 aspect ratio which will give your videos and even apps the ability to fill out the display.

One of the main draws of the V30 or frankly the V Series in general is it’s a camera shooting beast of a machine. On the back of the V30 you are getting dual lens with 16MP with a f/1.6 aperture and a secondary lens at 13MP with f/ 1.9. Also built-in is EIS and OIS for help with reducing shakiness whether its picture taking or video shooting. I found the V30 to be nice in low light shooting and I’m a fan of their Wide-Angle Lens mode this year for picture taking as it looks more natural as compared to last year’s V20 and even G6 that had this weird distorted look to it.

Video is where the V30 particularly shines the most. There is a manual mode for video that lets you adjust every nook and even works in the V30’s Wide Lens mode. If you aren’t great at manual features or just don’t have the time they have added what’s called “Cine Video”. Cine Video basically gives you diverse options or scenarios to choose from and the V30 will automatically adjust video settings to that certain scene. You can even adjust that as well. I did find this useful while sitting in a park and trying to get the right lighting and even at a festival I went to grasp the correct atmosphere such as the contrast in colors. Pinch Zoom is awesome as well since you can basically be recording and zoom in and focus on a section in your video.

Like its predecessor the V20, LG has built in a Hi-Fi Quad DAC. This basically gives you a fuller and richer sound experience. This is where it’s great to still have a headphone jack on smartphones while other companies have started to do away with it.

This time on the V30 you can dig more into the options and touch up the presets. While I wasn’t using a Quad DAC, I did pair these with V-MODA Crossfade 2 Wireless(wired) and the sound is sweet. But if wired isn’t your thing the LG V30 does support Qualcomm’s aptX HD and Bluetooth 5.0. LG tries to cater to everyone’s ears somehow.

There is no denying that the LG V30’s spec list is pretty impressive. LG has managed to stuff everything inside this smartphone. It has a QUALCOMM Snapdragon 835 processor, Adreno 540 GPU, a 3,330mAh battery which utilizes Quick Charging and Wireless Charging, 4GB RAM, and 64GB storage with microSD options.

As of this writing the LG V30 is using Android’s Nougat OS in a 7.1.2 version. While Android has announced Oreo its currently only running on their flagship devices such as the Pixel smartphones. I can imagine in due time we will see this pop up on the V30. I have been using a pre-production model for the past month and haven’t really come across any issues via the software or hardware besides maybe an issue with an app here or there initially.

The LG V30 has been released in South Korea with a translated price point of $840+ for 64GB and $880+ for 128GB. This while high in the US does put it below competitors such as the Samsung Galaxy Note 8 with a pricing of $930 from Samsung with prices even higher depending on the competitor. Same goes for the upcoming iPhone X that is going to start at $999 and go up from there. Also, LG tends to do some sweet details with carriers like they did w/ the LG G6 offering accessories such as battery packs, VR headsets and heck even a TV. So, I’d be interested to see if there are any collabs with the LG V30 U.S. release looming. Also with all the features listed above LG is giving you a lot to pretty much stretch your buck. T-Mobile is slated to have the V30 for $800, AT&T at $810 and Sprint with a surprise move gets a stronger version dubbed the LG V30+ for $684 making it also the cheapest out the bunch. Verizon will also carry but has no specific point. Also, all these phones can be paid on installment plans.