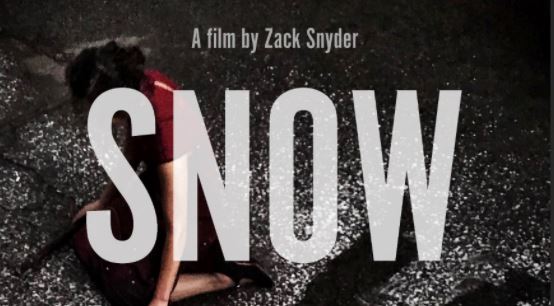 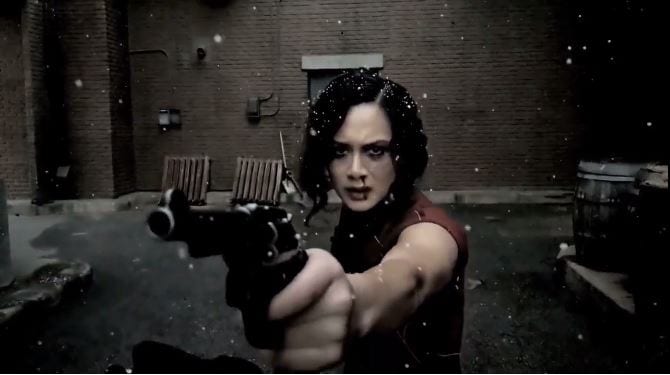 Zack Snyder Returns! He may have taken a back seat from Directing this year’s Justice League but that doesn’t mean he’s out of film-making altogether. A few days ago, Snyder took to Twitter to tease his new project, a short film dubbed “Snow Steam Iron”. Earlier today, Snyder hit the web with the teaser look at his short film “Snow Steam Iron”. Filmed in conjunction with Justice League, this is Snyder’s first first personal project release since Sucker Punch.

Produced by Snyder himself with no money and with the help of a few friends “over the course of a single weekend”. Snow Steam Iron returns Snyder to the styling of Sucker Punch using shadow, light, color and of course a femme fatale. If the lead looks familiar, her name is Samantha Jo. She played Kitana in Mortal Kombat: Legecy and most recently had a cameo playing Euboea in this summer’s Wonder Woman (where Snyder also snuck a cameo in). The short will be released on Vero, a new social media platform to which Snyder is also a brand ambassador. As for when the short will be released, all is known is “Coming Soon”.

Check out the trailer below.

Check out the poster below.

What can you do with your talented friends & family, no money and a weekend? #SnowSteamIron #ShortFilm #ComingSoon pic.twitter.com/vVSEVftjT4