Director Mike Flanagan has proven he’s got the chops after last year’s successful thriller “Ouija: Origin of Evil” and “Hush”. Stephen King’s psychological horror-thriller “Gerald’s Game” is the very first of his adaptations to make it direct to Netflix. Gerald (Bruce Greenwood) and Jessie Burlingame (Carla Gugino) head to their summer home for a romantic interlude that involves some harmless adult games. After being handcuffed to her bedposts, Jessie grows tiresome of her husband’s games when things take an dark turn. What started as a harmless game turns into a fight for survival, as Jessie is forced to confront demons within her own mind. 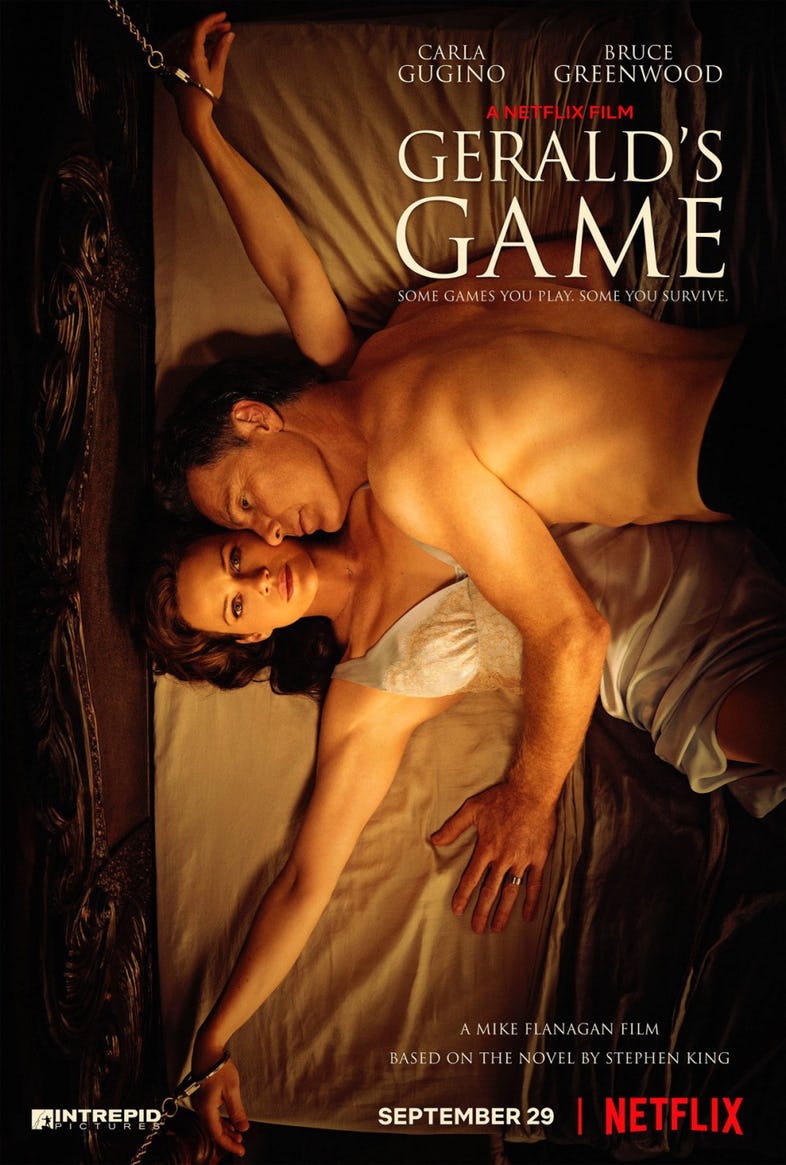