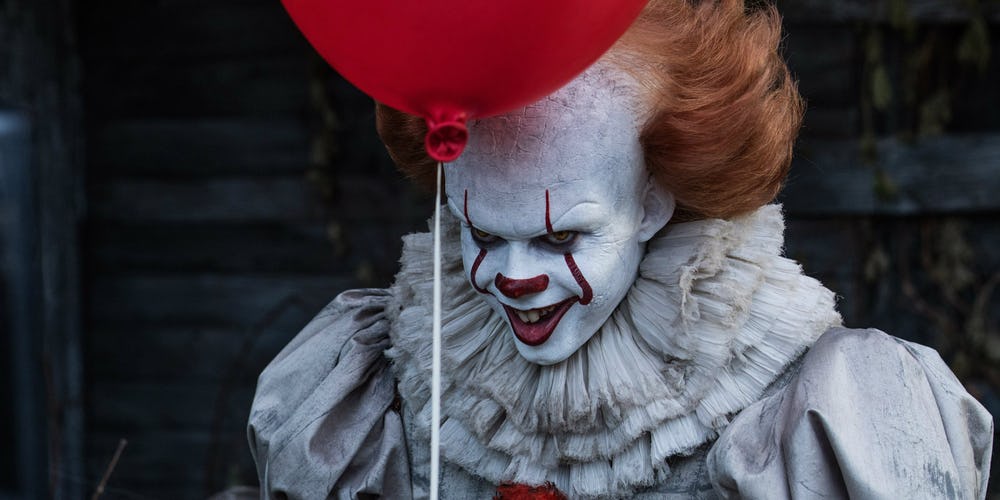 As of this writing, from now to early next year there will be as many as seven Stephen King adaptations available between television and movie theaters. This includes, The Mist, The Dark Tower, Mr. Mercedes, IT and Castle Rock.

IT was a few years back when I heard they intended on re-adapating Steven King’s thriller. I was very skeptical on how they would treat the 1,100 pages of material. I read the novel when it was released and there was something about that book that stayed with me. It was the characters, “The Losers Club”. I was with them in that journey and my level of anxiety and anticipation was bound with them. I imagined what the antagonist, Pennywise would look like and the sheer idea of IT manifesting in reality brought me chills. In 1990, ABC developed IT into a TV Mini-series. I wasn’t completely thrilled by that adaptation, but the one thing they got right was the amazing performance by the legendary Tim Curry. To this day, in the form of photos and memes, his demonic take on the malevolent clown still provides nightmares for many. 27 years later, the long discussed Theatrical appearance of Pennywise would finally surface, and now it’s time to answer, how does it float? 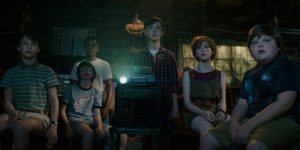 Set in the late 1980’s (30 years later than the novel) in the town of Derry, Maine. Seven year old Georgie Denbrough is dragged into a storm drain by Pennywise (Bill Skarsgård). Months later as the summer vacation of ’89 begins, Georgie’s parents have accepted he’s gone. Georgie’s older brother Bill (Jaeden Lieberher) struck with guilt and grief from sending Georgie out alone, hasn’t given up on seeing his brother again. As many more posters of missing children surface, Bill and a small group of similarly bullied “Losers” try to piece together the mystery of the disappearances. In the midst of their journey they find themselves in the cross-hairs of Pennywise.

Let’s talk about the self-named “The Losers Club”, they truly struck gold with this cast. Like I did in the books, I was with them every step of the way. Bill (Jaeden Lieberher), Ben (Jeremy Ray Taylor), “Bev” Beverly (Sophia Lillis), Richie (Finn Wolfhard), Mike (Chosen Jacobs), Eddie (Jack Dylan Grazer) and Stanley (Wyatt Oleff), are complete naturals and the chemistry between the group is very real.

Bill Skarsgård knew he had some big shoes to fill as Pennywise the Dancing Clown. He didn’t channel or try to imitate Tim Curry’s performance, he made the role his own and he pretty good for it. Honorable mention to Henry (Nicholas Hamilton) the true bully of the film, personally I think his performance was scarier than even Pennywise. Maybe that’s me. 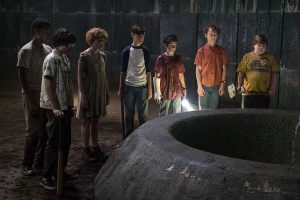 While the film focuses on just the childhood portions of King’s book. There are so many things director Andy Muschietti gets right in the re-adaptation, that’s you’re willing to forgive the few questionable decisions. There are MANY nods to previous King adapted films, some are obvious, many are hidden Easter eggs. Overall, the film has some well-crafted spine tingling suspense set-pieces, unflinching gore, with some perfectly timed thrills. The film does not have a post-credits scene, it does have a post-credits audio tease though. If you haven’t seen the film, IT will certainly deliver the goods, Chapter 2 can’t seem to get here fast enough.

IT is out in theaters now.

Check out
IT [Trailer 1] HERE

If you want more thrills check out the IT: FLOAT – A Cinematic VR Experience HERE