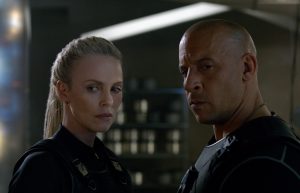 The film takes place shortly after the events of Furious 7. Dominic (Vin Diesel) and Letty (Michelle Rodriguez) have finally tied the knot. Brian and Mia have permanently split from the crew. All seems well until a new face by the name of Cipher, played by Charlize Theron comes on to the scene and manages to achieve the impossible, convince Dom that it’s in his best interest to betray his family and join her. Shortly after, in an unsanctioned government mission gone wrong, Hobbs (Dwayne Jonson) is arrested and the rest of the team are left to re-group. With the “unofficial” coverts-ops guidance of Mr. Nobody (Kurt Russell) and second in command (Little Nobody) Scott Eastwood, the crew is forced to form new allies with old enemies to stop Cipher and to capture Dom.

The film opens in Cuba, and for a brief moment the series has that nostalgic feeling. A great racing scene that’s classically reminiscent of the beginning of the series. On wards the film takes the course of the spectacle we’re used to. Director F. Gary Gray (Friday, The Italian Job, Straight Outta Compton) makes the tough job look easy. The first without Brain (Paul Walker), one would expect the film to lose its footing. The reigning theme of the Fast series has been family, cars, racing and loads of action. The good news, there is enough going for it where the spirit of what makes the series work is indeed there. 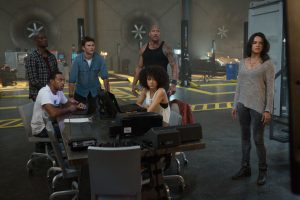 Vin Diesel’s Performance as the changed Dom is very convincing, easily one of his best performances as this character. Theron’s Cipher is a calculating and methodical, couldn’t help thing of her in the same vein of a Bond villain. I liked her character but still felt she was a bit restrained. She still proved to be a valued icy addition to the film. Dwayne Johnson has fully embraced Hobbs, this film has probably gave a lot of room to fill out his character’s development in rewarding ways. This time around Statham’s two-dimensional villain gets a few extra layers, I’m still undecided on if it was for the better. Michelle Rodriguez, ups the ante with her fighting style. Although there was no question that she could hold her own, but in this film I found myself rooting for her and flinching in defense. The most surprising is the amount of humor in the film. Unlike the other Fast films (5 on) where a large part of the comic relief fell on Tyrese Gibson, that certainly was not the case in this chapter. It brought with it a pleasant change of pace and a much needed levity that’s been sorely missing.

There are some great plot twists and cameos in the film, (some predictable) but it wasn’t enough to take away from the enjoyment of the movie. Let’s talk about action scenes, relax I won’t be going into detail. There is a jaw dropping amount of action in the film, between the car races, insane scenes in New York to the final action piece.

No Fast and the Furious film is complete without its incredulous physics defying level of action, and to no surprise it certainly delivers on all fronts. As of this writing, I have seen the film twice. I can honestly say, I enjoyed this film much more than I did the last. The Fast series may still have some gas left in the tank.

The Fate of the Furious [Trailer #2] HERE

The Fate of the Furious [Trailer #1] HERE 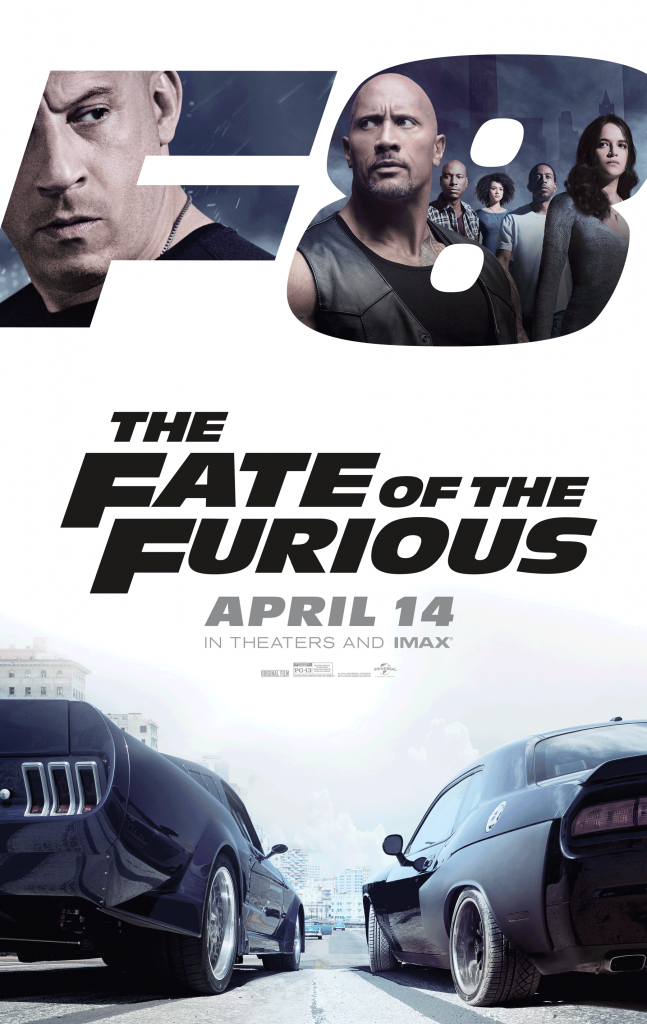