A couple of weeks ago, I got an opportunity to take a look at and play with a really cool accessory that will be coming out soon that will allow you play some of your favorite PC games without a keyboard or a controller. It’s called the CaptoGlove.

When I was first offered the opportunity to preview the CaptoGlove I had skepticism about it. I thought to myself “Let me get this straight, I can play games on my PC without using a keyboard or controller and all I have to do is put on this glove?” I called BS right away but when I got to presentation and was able to see what the glove could do, I was impressed and I ended up having a lot of fun. 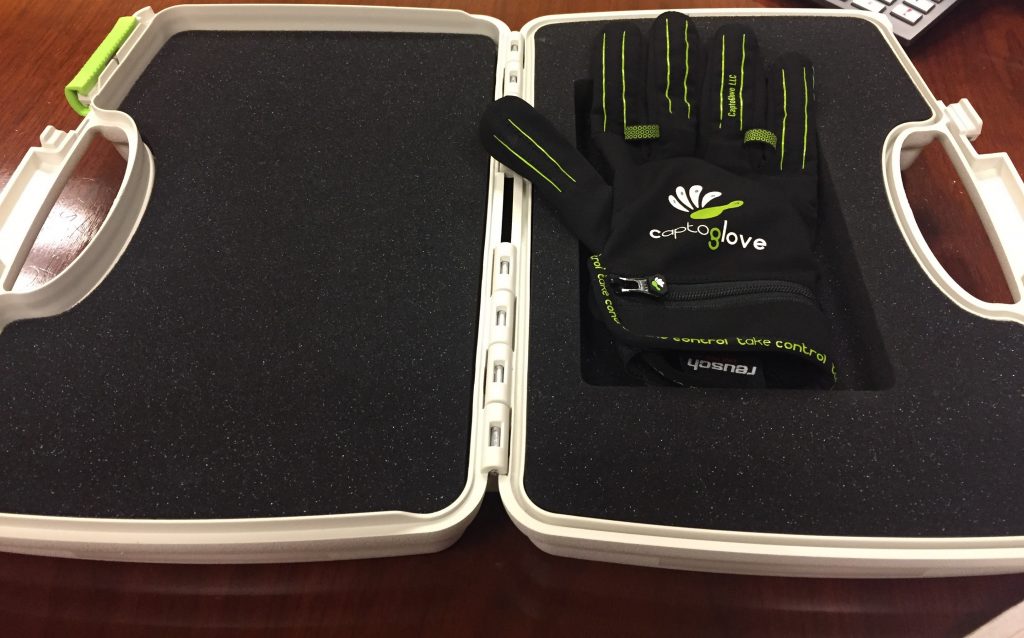 The CaptoGlove allows you to program what would otherwise be button functions to the fingers of glove. If it isn’t a button command then you can actually program unique gestures to the glove depending on the type of game that you’re playing. In the presentation, I played Star Wars Battlefront and we programmed my thumb to control how I walk/run and my index finger was the trigger for my gun. My arm movements controlled strafing as well as moving left and right. It took some getting use to but after about 10 minutes or so it got easier and I was shooting Stormtroopers with relative ease and all without using a keyboard or controller.

The concept of the CaptoGlove is cool. In the conversation I had with the lead designer he informed me that the CaptoGlove will allow you to basically play most games that are in the first person and some third person games. It’s still a work in progress. I automatically thought about playing one of my favorite driving games with the CaptoGlove which would eliminate a heavy wheel and controllers. The thought of it all is exciting. This is where an old school gamer like me hoped video games and accessories would get to.