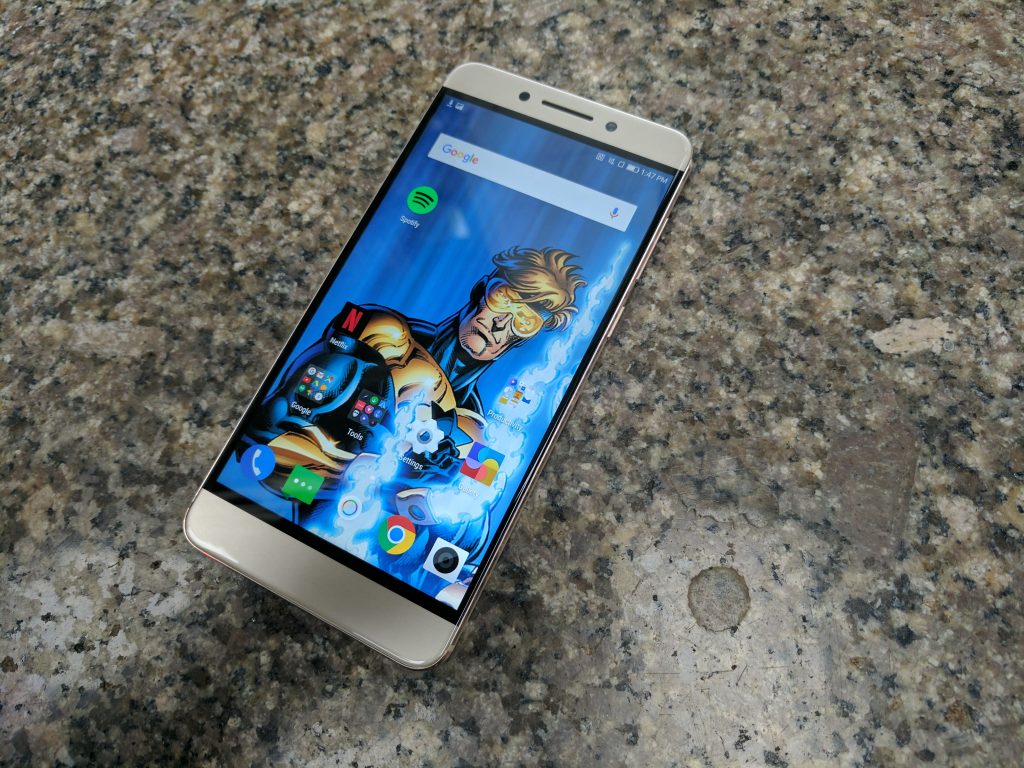 I know I been saying this all year but the mid-ranger market has been heating up for 2016. A field that was championed by maybe one or two manufacturers has seen a flood of phones this year. One company makes this year is Le or can be called LeEco. They are relatively unknown in the US market unless you count them buying the TV maker Vizio which you still may not be aware of. In any event Le has been hitting all parts of the tech industry from TVs to bikes and of course phones. How does the hardware-packed LeEco Pro 3 hold up?

At first glance the LeEco Pro 3 could be mistaken for a high priced premium device. Its body is wrapped in aluminum while also giving a nice shimmering gold look to it. It has the usual volume rocker, power buttons, simcard slot, and a Type C port. With Type C becoming the norm it looks like its adapting to the “no headphone jack” lifestyle. So, while it is missing that it does bring back the IR Blaster. You wouldn’t miss it unless you used it which I did time to time. The phone isn’t too heavy at a little over 6oz but does feel a little thick compared to some of the newer smartphones out such as the Pixel XL and iPhone 7 Plus. But none of them are touching that whopping 4,070mAh battery hiding underneath. 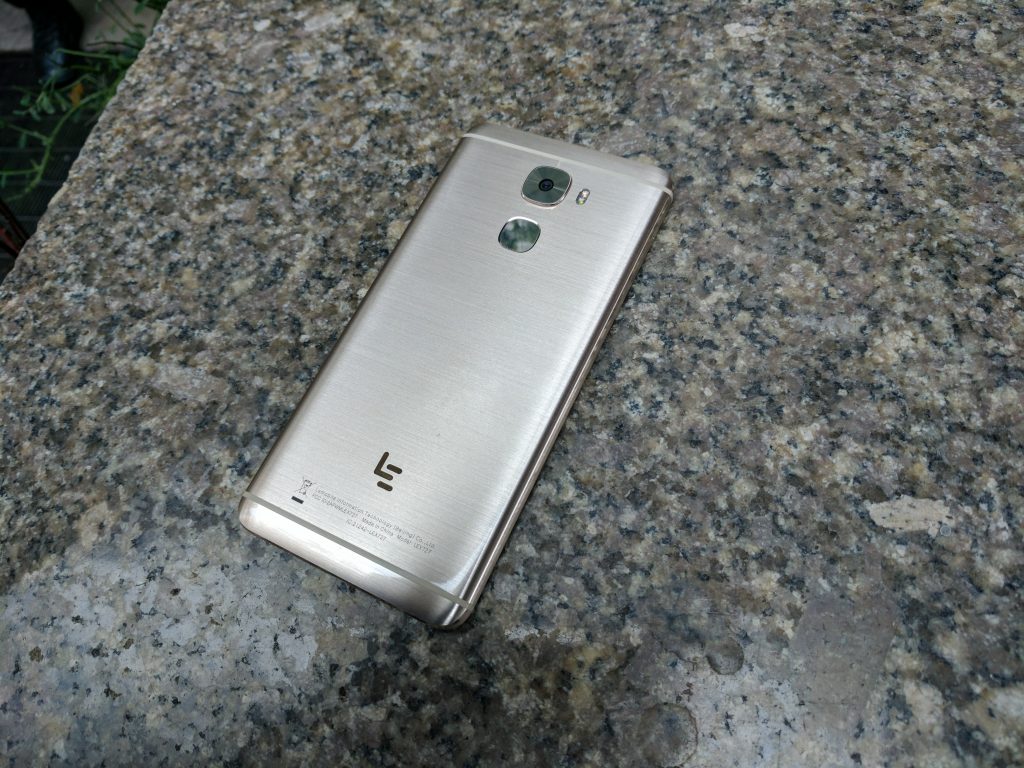 So, this phone is supposed to be $400 bucks, right? You wouldn’t expect to get 4GB RAM, 64GB storage, NFC and a Qualcomm Snapdragon 821 processor. There is only a handful of smartphones on the market utilizing this processor and this happens to be one. So far using the Pro 3 hasn’t been bad but it’s crazy to see half the RAM utilized almost all the time. Battery wise thanks to its over 4K size it does take a while to drain out the phone.
There are stereo speakers with one coming from the bottom and the other from the earpiece. They sound adequate and nothing to run home to. There isn’t any wireless charging but that seems to be dying out quick now. There is also a fingerprint scanner that rests on the back. I didn’t find it to be the most accurate as it sometimes takes a few tries to get it unlocked.

Now this is where you start to see some where they cut back at. It has a 5.5” FHD 1080p display with 403ppi. The screen doesn’t look bad and can be used for everyday functions. Screen is responsive to touch and feels nice. The screen is a fingerprint magnet though and seems to pick up smudges easily. 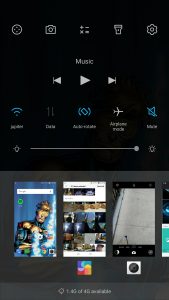 This is where the Le Pro 3 gets interesting. Its running on Android 6.0 and its OS is called EUI (Ecosystem User Interface) which is in version 5.8. It doesn’t run bad per say but it’s just a bit different than other OSes. There isn’t the usual pull down and access everything menu but rather you press one of the capacitive buttons. This will give you access to open apps and those other settings. It took quite a bit of getting used to. It is rather snappy though.

Also, LePro 3 has its own little media options such as a “LIVE” app which gives you access to some curated programs (seems like mostly food stuff) and they have “LeView” if you scroll all the way to the left which gives you suggested media stuff. I could personally do without either but I can see how it can be suitable for some.

On the LePro 3 we have a 16MP shooter on the back with an 8MP camera on the front for selfies. The camera itself isn’t bad but it’s not better then say the Pixel, iPhone 7 or Galaxy S7. But it’s sufficient in daylight. Everywhere else it will have this kind of washed out feeling to it. I do like that you can use the fingerprint scanner to snap photos though.

It also shoots videos up to 4K as well.

One of the best parts of the Le Pro 3 is that’s GSM unlocked. So, that means you can pop in a T-Mobile or AT&T simcard and be good to go. Using it via services here in NYC weren’t too bad. No need to shut off the device either.

At a price tag of $400 you are getting a spec packed smartphone. There aren’t many devices out there with a Snapdragon 821 processor at least at this amount. The software may annoy you though. There are other alternatives around for a similar price tag. If you want the latest Snapdragon for almost half the price, then look at the Le Pro 3. If you can do fine with the 820 chips (which you should) look at the OnePlus 3(T) or Axon 7.