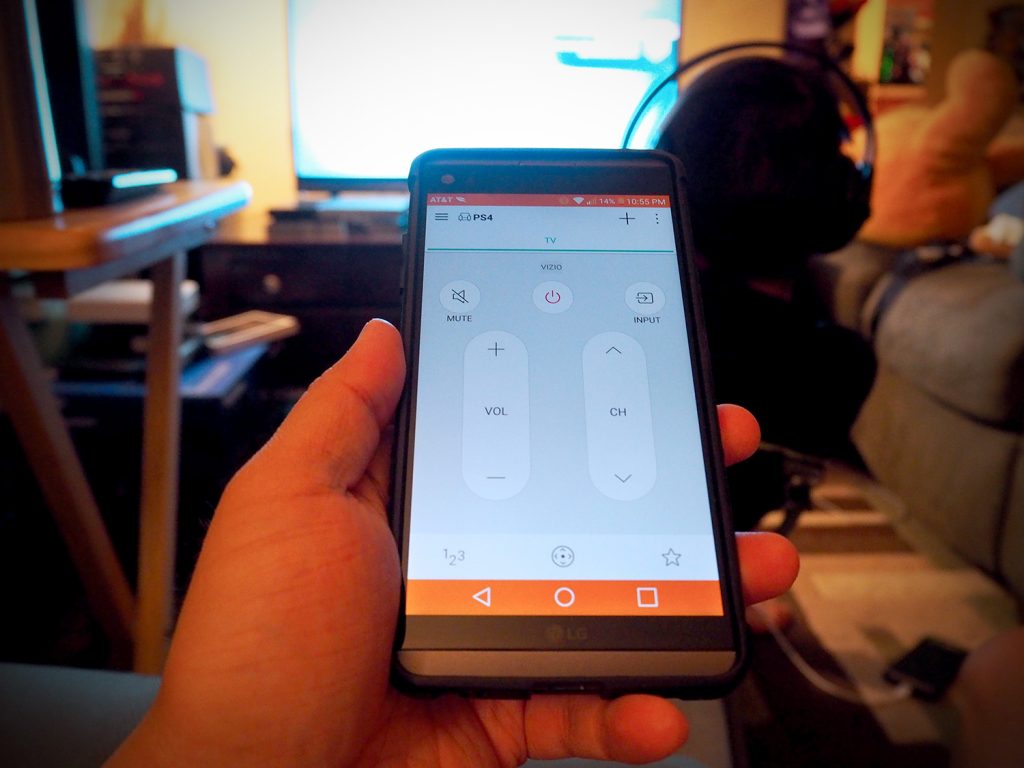 In the past, there were quite a few Android smartphones and tablets out there that came with IR Blasters. While not many people really used these for anything, I found them quite convenient, especially when used to control my home entertainment equipment. I was able to control devices like my TV, AV unit, DirecTV box, etc. all from my smartphone. Those days are pretty much gone now as many have removed the IR Blaster from their current devices. Samsung flagships no longer have this nor do HTC devices. However, LG has kept the IR Blaster alive by including it in the latest LG V20 and because of this, the LG V20 is my new universal remote for all my home audio/visual gear.

The LG V20 has a small IR Blaster up top that you’ll need to point at your devices. What this means is that for the most part, you’ll need a good line of sight for this to work with your equipment. The app itself that you’ll be using as your remote is called QuickRemote and seems like a very stripped down version of the software HTC and Samsung had on their devices. The difference here is that QuickRemote is strictly a remote control app and lacks all the TV guide stuff the other apps had. I honestly like this better because I never really made use or wanted the guide stuff.

Setup is very simple and you can set up different remotes based on what room you’re in. In my case, I set them up based on which TV I’m using and renamed them as such. You’ll have to add each device separately for each room and for the most part, setting up each only takes about a minute or two. For instance, if you’re setting up a TV, just tell the remote what kind of TV it is and it’ll go through a short guide to get things set up properly. Do this for all your equipment.

For the most part, the remotes it sets up work rather well and can control almost all functions of your equipment. I’m able to control volume, channel, inputs, and even settings. Although there will be some advanced features that don’t show up in the default buttons on the QuickRemote app. For those features, it is possible to edit the default remote and add commands for these buttons manually.

If you miss having the ability to use your smartphone as a universal remote control, I suggest giving the LG V20 a look. It’s one of the newest and greatest Android devices out on the market right now that still has an IR Blaster and it could possibly be the last as this is something most other brands have dropped already. I can already tell you that I love using the LG V20 as a universal remote because since I have my phone on my all the time, I never have to go searching for remote anymore.

This is part two of a series of reviews I’ll be making with the LG V20 based on my long term usage of the device.