In this day and age you are probably using anywhere from 2-4 devices on the daily. I can imagine one of those would at least be a PC and then a smartphone. Some might have multiple smartphones and even a tablet. Going from typing on your PC to your mobile device can definitely be a chore. Logitech wants to try your life a bit easier with their K780 Multi Device Keyboard. I actually reviewed a similar model a couple of years back called the K480 but they have made some tremendous strives since then. 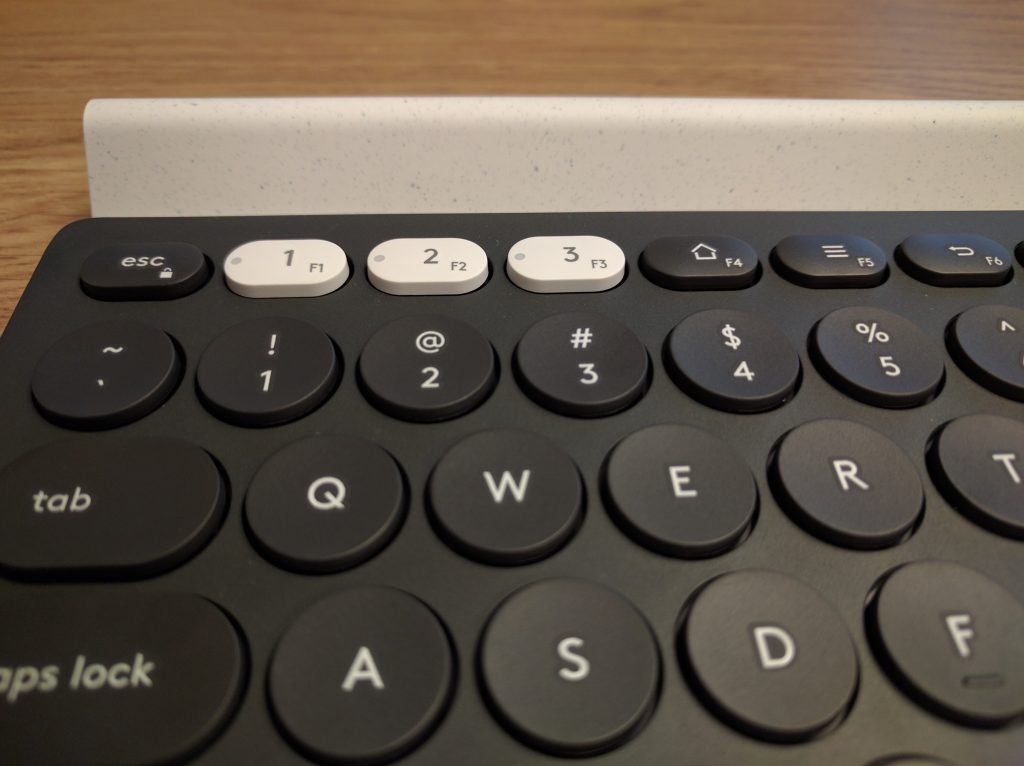 The K780 is a slick thin keyboard can easily take the place of your current one. At my office I had one of those standard work keyboard and used the K780 to fill its space. The K780 is a bit over a foot wide but still very much compact. It has concave keys that are spaced out and actually pleasant to type on.Also this is designated as Logitech’s quiet keyboard. Typing on it is pretty quiet as anyone around you can barely hear anything and you don’t get that usual clicky clack noise previously. The layout is pretty good and has just about every key you need.

There is a rubber cradle for the K780 which can be used to house smartphones or even tablets if thin enough. I used it to hold a iPhone 7+, Nexus 6P, and Surface Pro 4. For the smartphones I did have to remove the casing as they were too thick. Otherwise they held up pretty nicely and shouldn’t have to worry about them falling over. 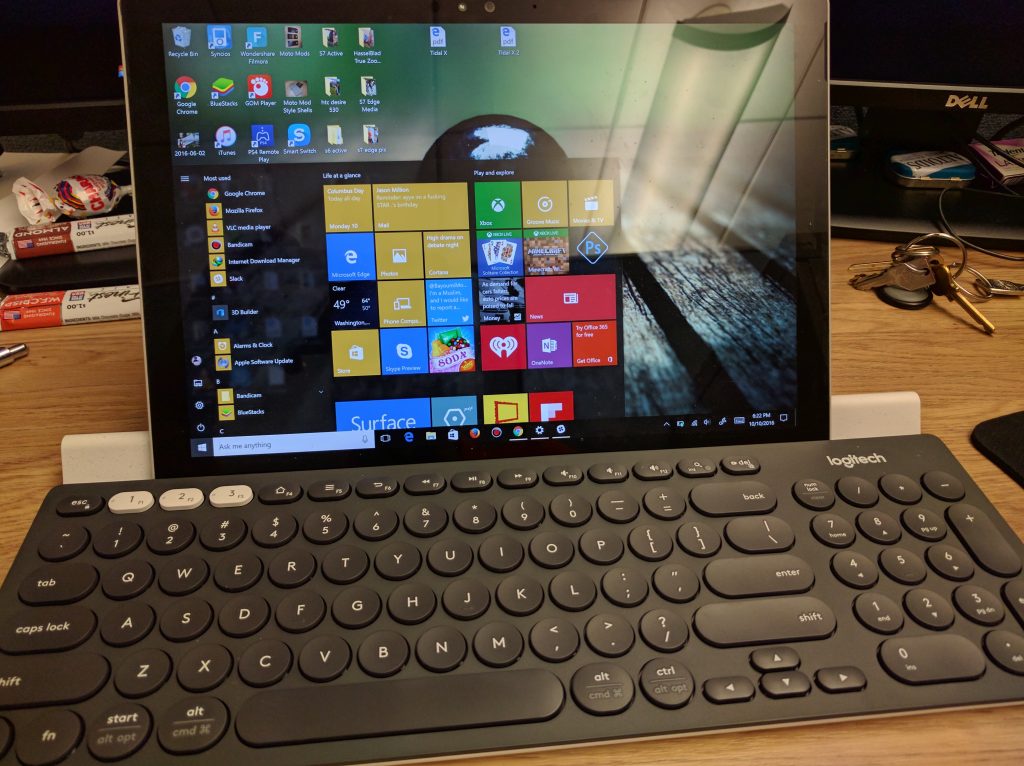 On the K780 there is three keys which you can use to sync up via bluetooth. The first I have synced up to my PC via a USB receiver that came with the keyboard while the other keys are used on my smartphone and Surface Pro 4. Syncing is easy as just holding one of the keys down to put in pairing mode and looking on your device. There are LED lights on each EasySwitch key to tell you which is in use. I wish there was one on the CAPS and NUM key as well. Sometimes its a guessing game to determine if one is on or not. It can be a pain when typing in passwords.

Battery life is estimated to last for 24 months(2yrs) and there is also an on/off switch if you want to conserve some more power.

Using the K780 for a week for about 8-9 hours a day I found it to be a superior replacement to your usual desktop keyboard. Its got quiet keys, wireless/bluetooth and can hold smartphones/tablets for space which can be synced up to. Only gripe is no LED for the CAPS/NUM keys which I felt could be added in.