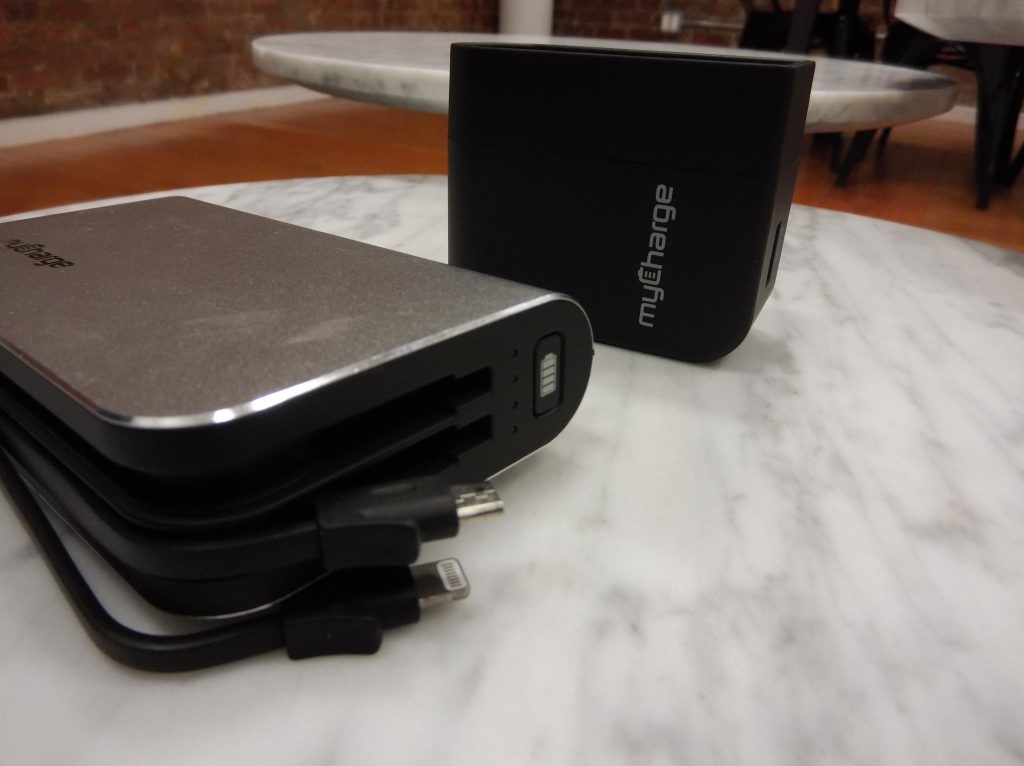 Whether we want to admit it or not we live on our smartphones most of the day and in some cases will drain them to the last drop. This goes for yourself and the friends and family around you. In cases like this its always good to have a good battery pack handy and MyCharge comes through in that aspect. Last time I covered the 6,000mAh battery which was good at getting you maybe 2-3 charges depending on devices but what if you need a bit more power or say have more friends? 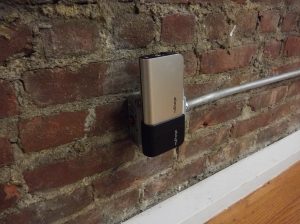 The myCharge Hub Ultra is a cylinder shaped battery pack which has two built-in USB cables. Good thing about this is one can be used for Android devices that use microUSB while the other can be used for iPhones that use the good old lightning cable. While the HubPlus I used had before had a AC prong that would pop out, this one uses a cradle that the battery sits in and has a prong that comes out the cradle. It does charge up rather fast and you can tell by the LED indicator lights on the battery. I did have to place it in and out a couple of times to make it went into charge mode though. 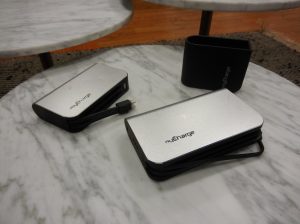 With this having a whooping 12,000mAh battery, I could basically go through the day with two phones and never worry about one going down. If both needed juice dual charging works just fine and could be charged while sitting in the cradle. The cradle even had a USB port for charging other devices. One of my friends would use it to charge his Apple Watch. I took it with me and used it during an all day festival and results were great. Other issue I have is that the battery packs scratch easily and the logo started wearing away almost instantly(which you can see in pictures).

The HubUltra is a nice sized battery that packs an awesome amount of power and also saves you the headaches of looking for USB cables. As of this review though I believe myCharge has discontinued the battery but you can still find it pretty cheap at spots such as Amazon or Best Buy.