So I been pretty much using a Surface Pro for the past couple years. 1st was the Surface Pro 3 that launched back in Spring 2014 and then I transitioned over to the Surface Pro 4 this past Spring as well. Now while the Surface Pro is essentially a tablet you always want to have a keyboard to make it a full-fledged enjoyable PC to work on. While the Type Cover 3 was okay, the Type Cover 4 was such an improvement but I always wonder if there were any actual other replacements out there. I came across ZAGG which people may just associate with screen protectors but they make some pretty nice accessories. Can the Slim Cover replace your Type Cover? 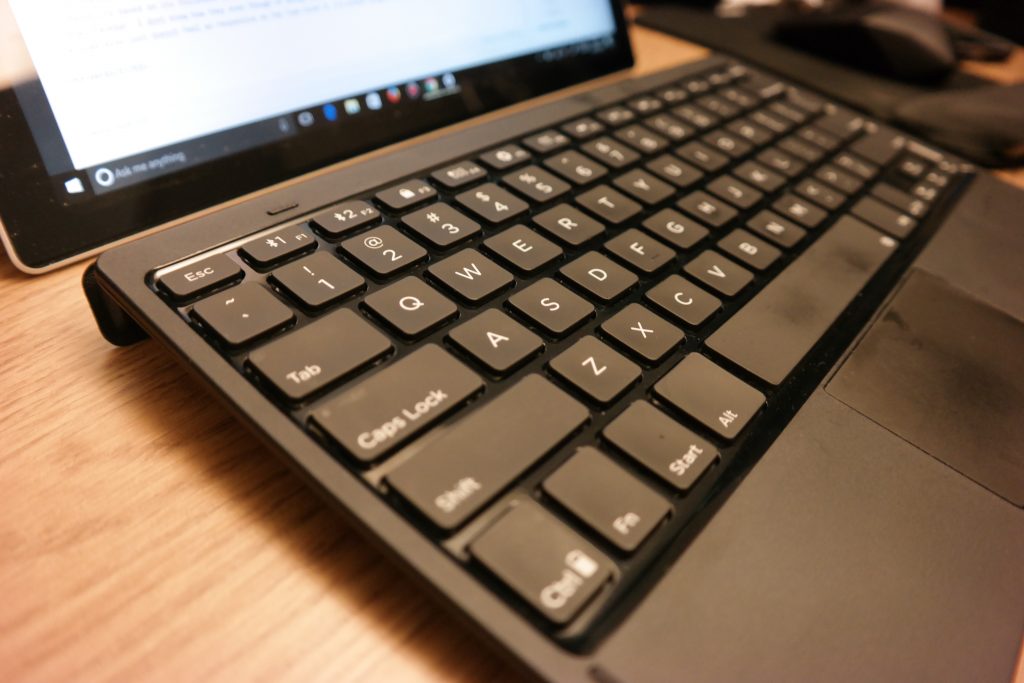 First off it runs off bluetooth so while it “attached” to the Surface Pro it doesn’t really connect. Cool thing about it being bluetooth is you can sync it with other devices besides the Surface Pro and they want you to do this as there is two bluetooth keys present. Besides that there is function keys for multitasking, sound, and a host of others. My fave though maybe the “backlit” key. It is pretty bright and makes it easier for you to type in the dark. Sadly it doesn’t light up the lettering per say but it worked fine for me. Another great thing is the Slim Cover doesn’t take any batteries and can be charged via microUSB on the side.

Design wise its a pretty basic color with all black “leather” on the back and plastic on the front. Lettering of the keys are in white and the backlit keys are kind of blueish white.

So how does the Slim Cover work for everyday usage? All depends on how you use it. As far as having it on a flat surface such as a desk I find it just fine. There is enough room between keys to type and the areas to rest my palms doesn’t feel bad thanks to the plastic material. Trying to use this on a lap as you see so often with Surfaces is another story. It just has this stiff feel to it and maybe it’s based on its thickness as well. Also the fact that when the keyboard hinge is connected to the screen it covers the windows taskbar. I don’t know how they even though of doing that. So at times you may want to have it lay it flat and it feels weird. The trackpad also just doesn’t feel as responsive as the Type Cover 4. I’d prefer using a mouse(which I use at times) over this.

Does ZAGG’s Slim Cover give you enough to replace your Type Cover? It does bring some great functions such as bluetooth which means it doesn’t have to be attached to the Surface and also can provide multitasking between your Surface and other devices. Typing on it feels great and having backlit keys is good for those long dark nights. Battery life is good on it too as I haven’t charged it yet. It is on the heavy side and can add some unneeded weight. Also the trackpad isn’t as responsive as I would like it to be. The covering of the taskbar might bother some and at first it did for me but it really depends on how often you go to it. The ZAGG Slim cover is a nice alternate to the Type Cover but it really depends on your typing style and I would suggest a try before you buy to see if it fits your needs for $129.99.