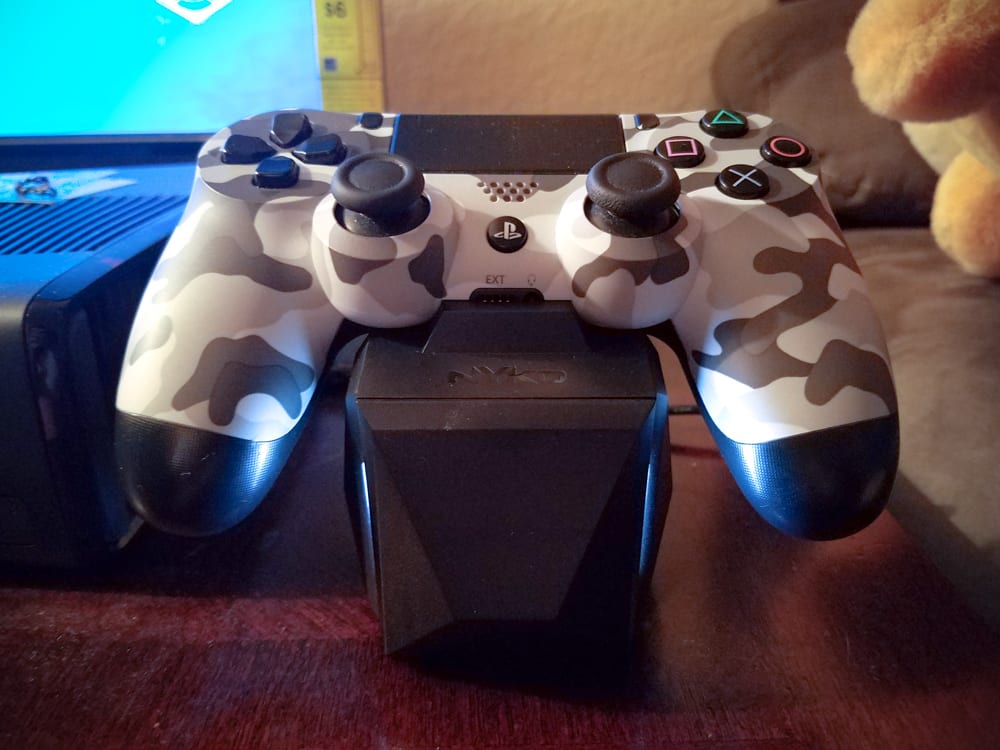 For those with just one PlayStation 4 controller, you may not need one of these at all. But for those who have more than one controller and find that charging multiple controllers on the PS4 is a giant pain, you may want to check out the new Nyko Charge Block Solo and Duo units. The Nyko Charge Block is a stand alone charging stand for your PS4 DualShock 4 controller that can draw power from either the PS4 or from a standard power outlet.

As you know, in order to charge your DualShock 4, you need to plug it into a USB cable which is normally plugged into the PS4. Since the PS4 only has two USB ports, at most, you’ll only be able to charge two controllers at once. Of course this is even less if you have a USB headset plugged into one of the ports or a thumbdrive or any other accessory that requires a USB port. To solve this issue, you can use Nyko’s new Charge Block solution to charge multiple controllers at once and without the need of any cables. 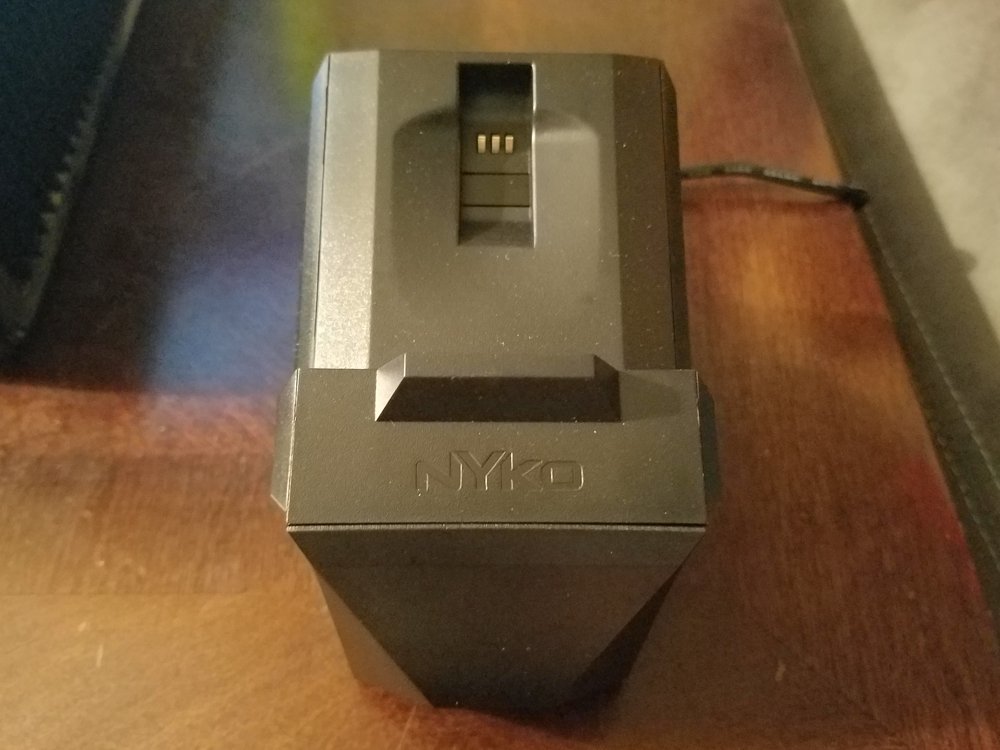 Nyko’s Charge Block is a little charging stand that draws power by either plugging it into the PS4 via USB or you can plug it into a wall outlet. For my tests, I plugged it into a wall outlet using the included cable and wall plug. To get your DualShock 4 controller charging, you’ll have to attach a tiny dongle into the controllers USB port which will allow charging with the Charge Block by just placing your controller on top of it. In essence, this turns charging into a wireless affair making charging much easier.

This method doesn’t require that your PS4 is on to charge your controller and is much simpler to place your controller on the stand after a gaming session than it is to remember to plug it into a cable. Not only that, the stand has built in charging indicators that let you know when a controller is fully charged and when it is not. If the lights are blinking, that means it’s charging. When it’s solid, it means it’s done. Simple. 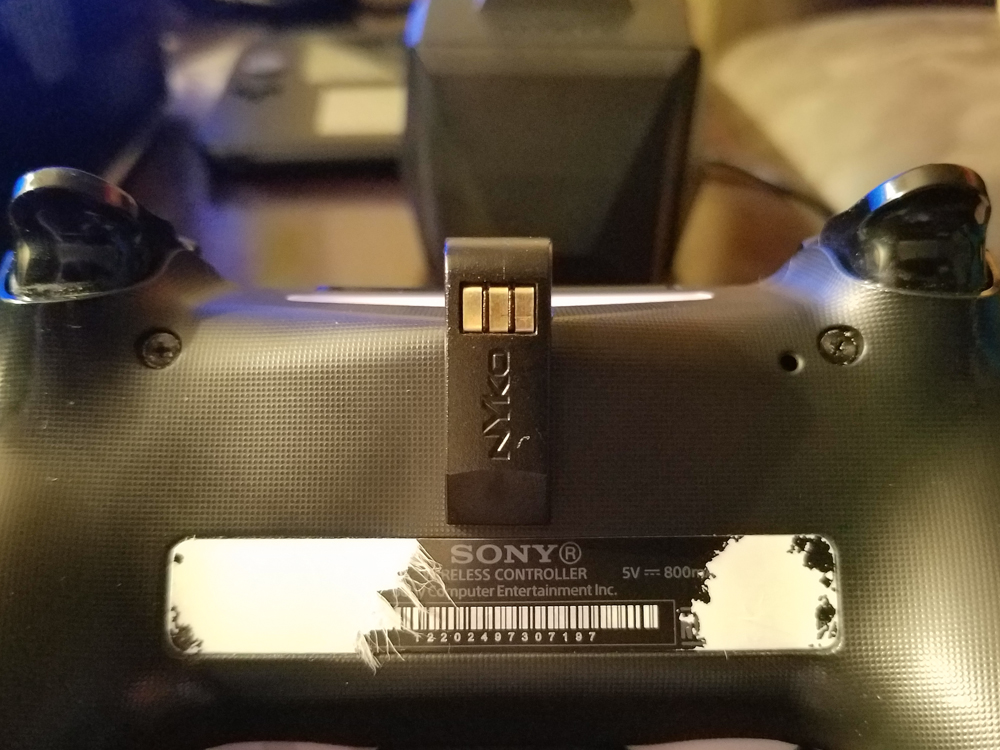 If you have more than one controller, you can daisy chain another Charge Block into the back of another and only use 1 cable to charge two controllers. You can even connect a Charge Block from a Xbox One to charge a PS4 and XB1 controller simultaneously if you own both consoles. It is possible to connect more than two Charge Blocks together, but it would require the use of a USB 3.0 connection. This is something I have not tested.

As a person with two controllers on a PS4, using the Nyko Charge Block solution is by far the easiest. I used to have to alternate who could charge their controllers all the time because I only had one free USB port to charge with. Now with the Charge Block, I can charge more than one controller at a time and I don’t even need to leave the PS4 on Rest Mode anymore to charge. I can leave that off when I”m not using it and just charge my controller on the side knowing that I”ll have a fully charged controller each time I play.