After since Google talked about doing modular devices over the past year other companies have wanted to try to do similar things but on a different level. The biggest names to come out the gate were LG around the spring with their LG G5 and “Friends” attachments and the latest and still continuing effort with their “Moto Mods”. The two biggest things that set these apart are with LG they have a slot you slide the mod in and out of but you also end up powering off the device. In the case of Motorola and their Mods it’s a snap on feature and no power down required. That no powering down move is already a win in my book. So over the case of the summer I tried out all the mods Motorola had to offer and how well they fared. 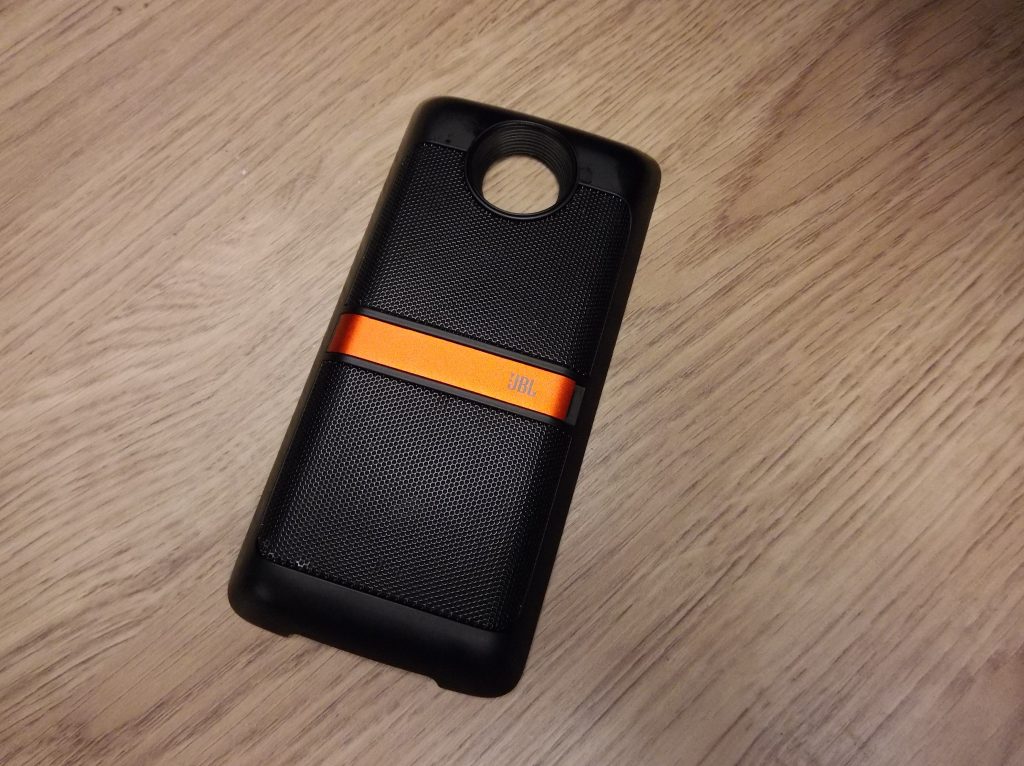 I love music and good sound on phones and frankly its hard to get that on devices. HTC used to have it with their Boomsound front speakers but that’s a distant memory. The speakers on the Moto Zs aren’t bad but the sound that comes out the JBL Soundboost is great. It has two speakers behind the grill to brought with actual stereo sound. It can get pretty loud and has a nifty and stable kickstand for viewing purposes. It does rely on its own battery but I may have only charged it once and what’s good is there is a Type C port on the actual speaker so it doesn’t have to be connected to a device. 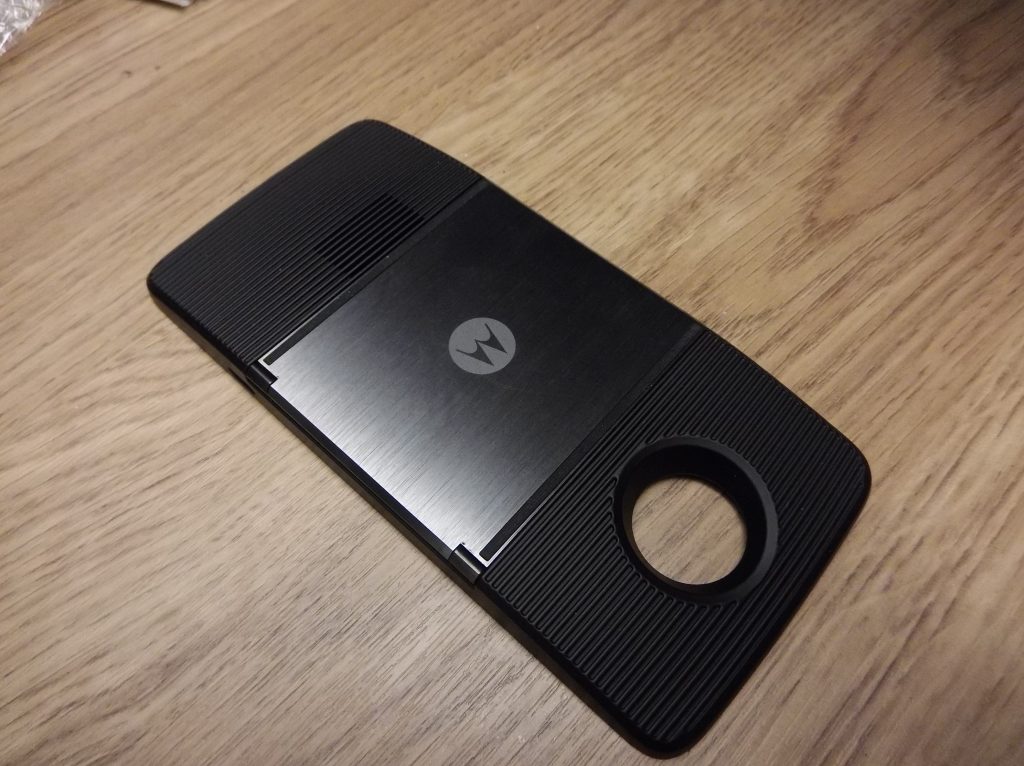 I’m not a big projector guy but a couple of nights I did this and its pretty impressive. It gets really bright and has a dial for adjusting the clarity. Even if you angle it in say a corner or uneven wall it will adjust the video. It’s not bad but also one of the most pretty mods at a hefty $300 and it projects in 480p. A bit hard to adjust to when you are using QHD displays on the Moto Z. 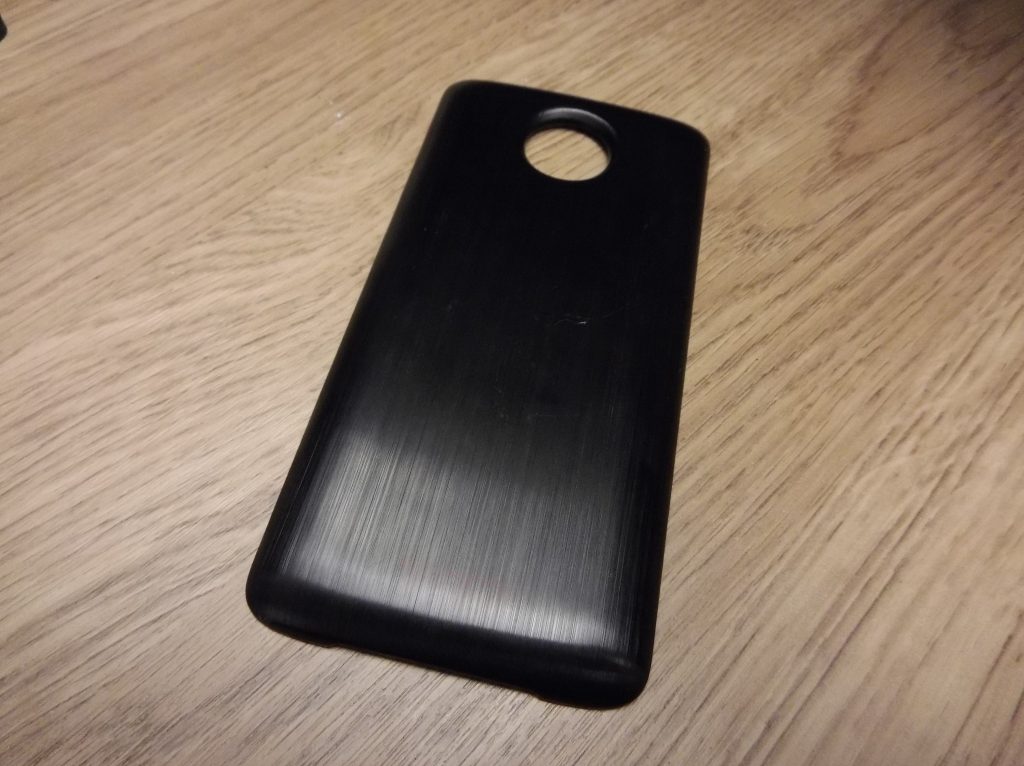 Battery packs are always good to carry around and these coming from Incipio aren’t too bad. They come in different designs and some even have wireless capabilities. I do like how when charging you can decide if you want more power going to the smartphone or to the battery or even it out. They do feel slightly bulky though and give a slight bit of weight to the device. But it beats tangling USB wires all over you. 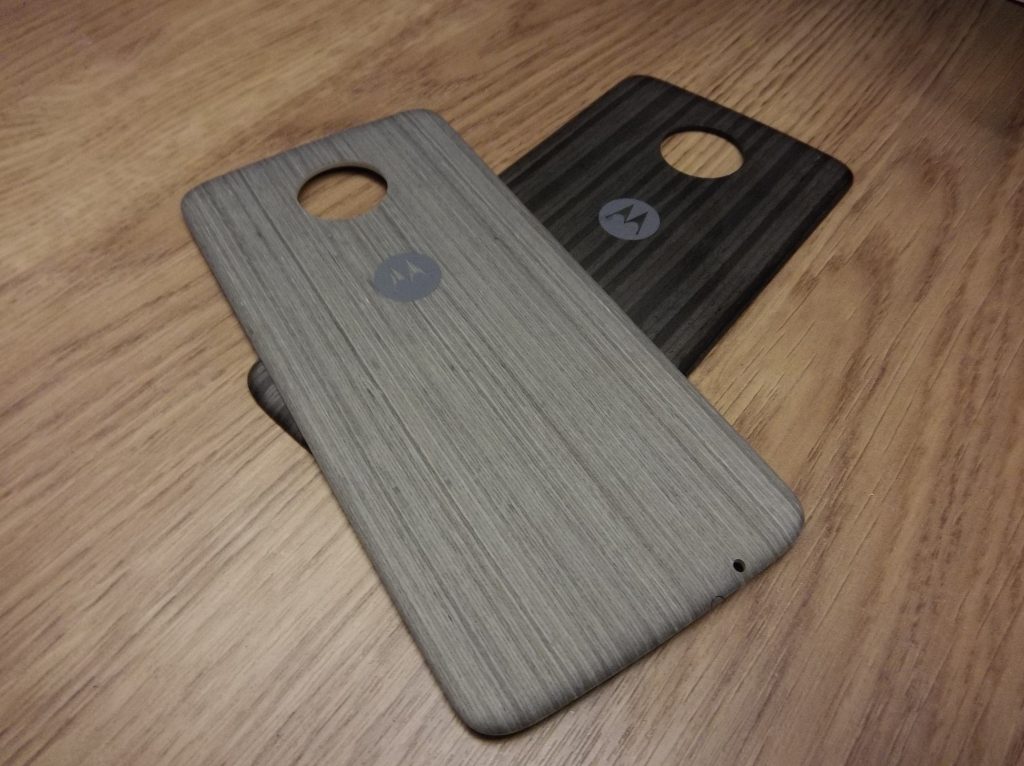 Different styles, different materials. Keep your Moto Z looking and feeling however you like it to be. They are super light and add some grip to the Moto Z devices. Your Moto Z comes with one but if you are looking for more the choices are endless. 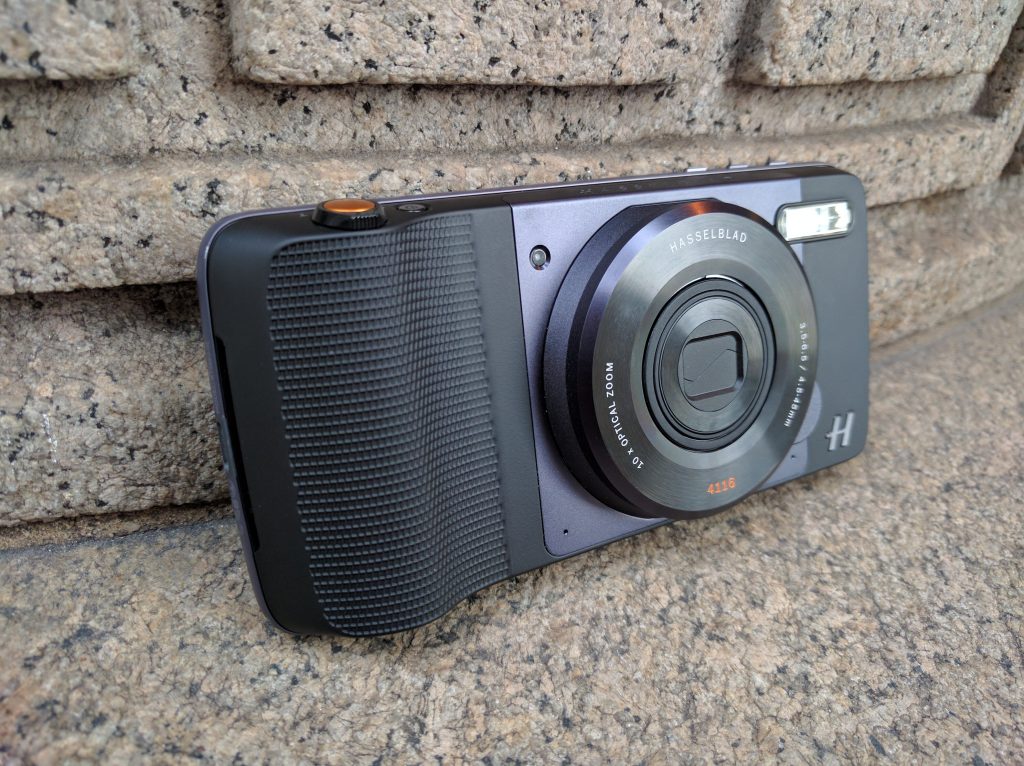 This may come as a surprise but this isnt even the most expensive mod with the projector holding that title. If you are going to do mods you have to provide a snap-on camera. This mod was created by Hasselblad and who has been in the camera game for 75 years. It shoots at 12MP and a nice optical 10x zoom lens. Using this as a quick point and shoot wasn’t bad. I do feel like it holds up better in brighter settings as it has a Aperture f3.5-6.5. Good thing is it doesn’t have a battery and relies on the smartphone. It doesn’t do much to the battery life as it rarely sips its energy.

As I stated before Moto Mods is an interesting concept and works fairly well as far as functionality. Prices aren’t too bad besides the projector which is $300 alone. The camera is $250 but I personally feels its a bit more reasonable. I like how the Moto Z, Z Droid, Z Play all use the same mods and with no issue. If they can continue for these mods to work in future devices it would be major. Buying pricey accessories that can only be used with one device can be a blow and steer some away that like to switch smartphones every year.