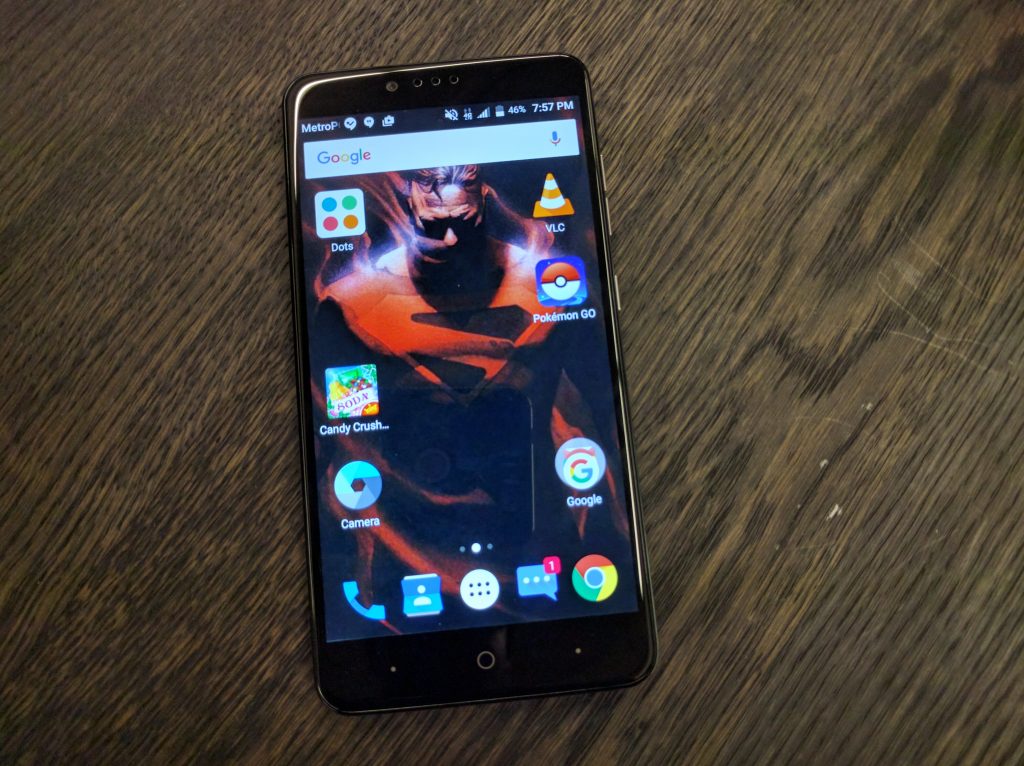 It’s not too often we review budget smartphones on here. This can range from them mostly being gimped versions of their higher end devices thus missing features or not oh so well. ZTE recently unveiled the ZTE Z Max Pro which looks to give you a nifty amount of stuff at $99. There is so much included you are more than truthfully getting bang for your buck. But also at this very low pricepoint how well does it hold up in day-to-day activities?

At first glance, pickup and holding the ZTE Z Max Pro reminded me of the Nexus 6(not 6P) if not designed eerie similar. Personally it feels better with its smooth rubber backing and gives better grip. Besides its huge first thing you will notice is that huge 6″ 1080 LCD display with 367ppi. 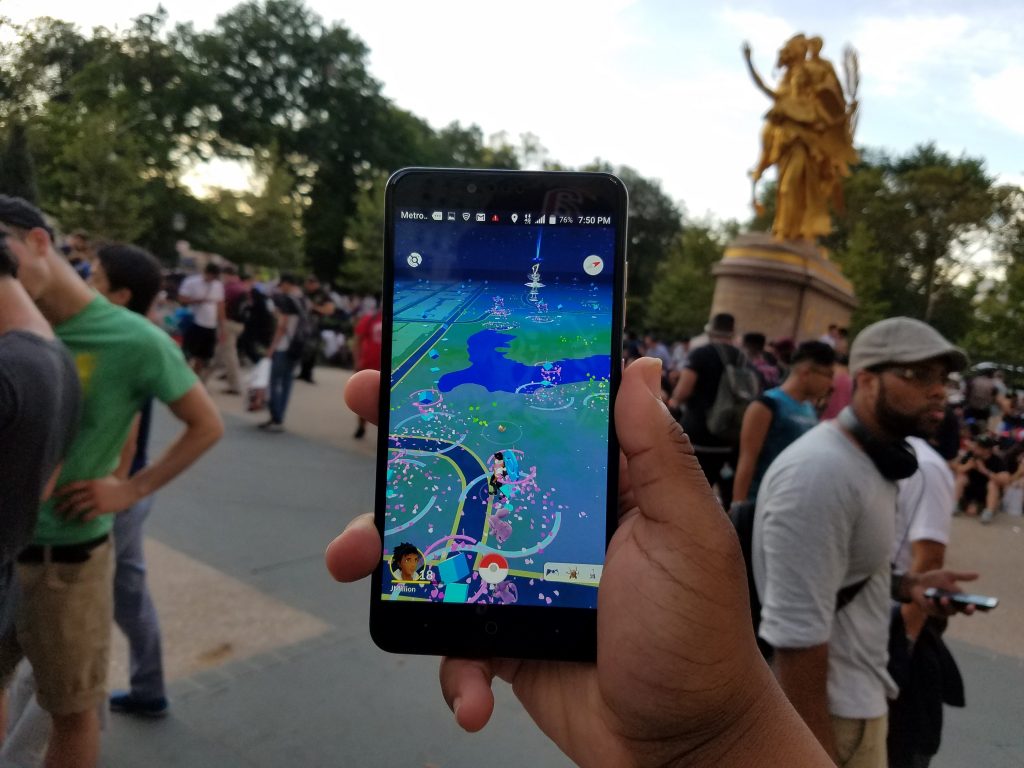 It’s not the brightest or best looking by means but it will help you get by. Below that is navigation buttons while on top is the speaker for phone convos. USB Type C is used on the bottom while up top is a headphone jack for audio listening. Pop the simtray out on the left and you can get access to dual sim capabilities or expandable memory. On the right side is of course volume controls and power button that is textured to distinguish it from the others. There is a speaker on the back near the bottom which has okay sound but also has the possibility of being covered by your hand as its so low near the bottom.

So for $99 what are you really getting under the hood? How about a Qualcomm Snapdragon 617 processor, Adreno 405 GPU, 32GB storage, 2GB RAM and a 3,400mAh battery. These are pretty great specs as some premium phones today don’t even have that much battery capacity. I did take the phone through its paces doing anything from streaming videos, and playing Pokemon Go on it and it held up pretty well. 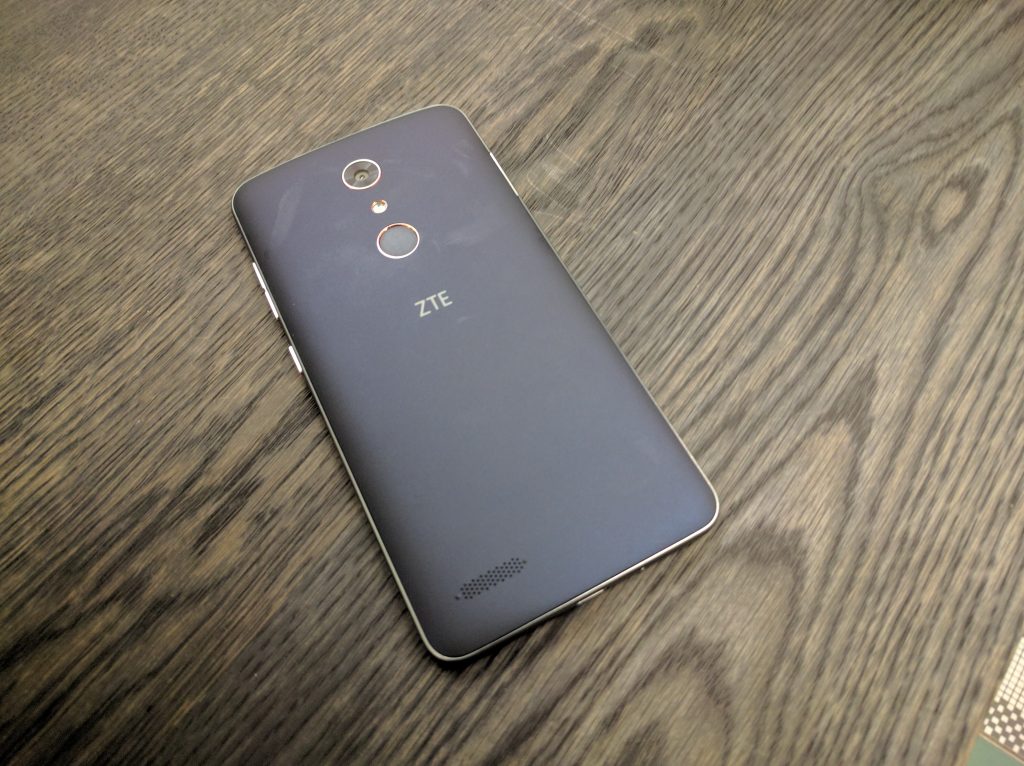 Also if you flip to the back there is a pretty decent fingerprint scanner. I can say I didn’t experience any lag and its responsive and quick. Best of all I liked about the scanner is it can be used to snap photos. It’s a feature I wish more devices implemented. 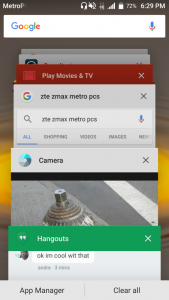 Out the box you get its on Android’s Marshmallow and it runs pretty much as the OS feels pretty stock. There is some bloatware from MetroPCS but nothing you can’t disable and they don’t get in the way.

Service wise with MetroPCS you get some decent speeds of data services and it was comparable to T-Mobile(same network) as I had a T-Mobile ran phone side by side. Of course you will sometimes speeds were better on TMO but MetroPCS did good in some areas.

It’s actually good to see a smartphone at this price with not a lot being put on the software. Its simple, smooth and responsive. Most apps I used run on here with ease and I can only imagine some of the more intensive gaming apps putting a tend in your movements.

Packed into the ZTE Zmax Pro is two camera sensors. You have a 5MP camera on the front for selfies and a 13MP on the back for everything else. Front facing camera is adequate and the back shooter is nice if you can get an object or person that won’t move around. If you try to catch something moving get ready for a blurry mess. Also some photos have that smudgy look to them. I did get some decent shots but it was more so with great lightning and some HDR.

I did try some night-time video recording in 1080p around Union Square Park here in NYC. Images don’t come out too sharp and anything illuminating comes out blurry.

I won’t lie when I first heard the price of $99 I didn’t expect this much out the box. But for a user of various Android devices you get a great deal. Huge battery, adequate camera, nice processor and massive display all bundled into one.