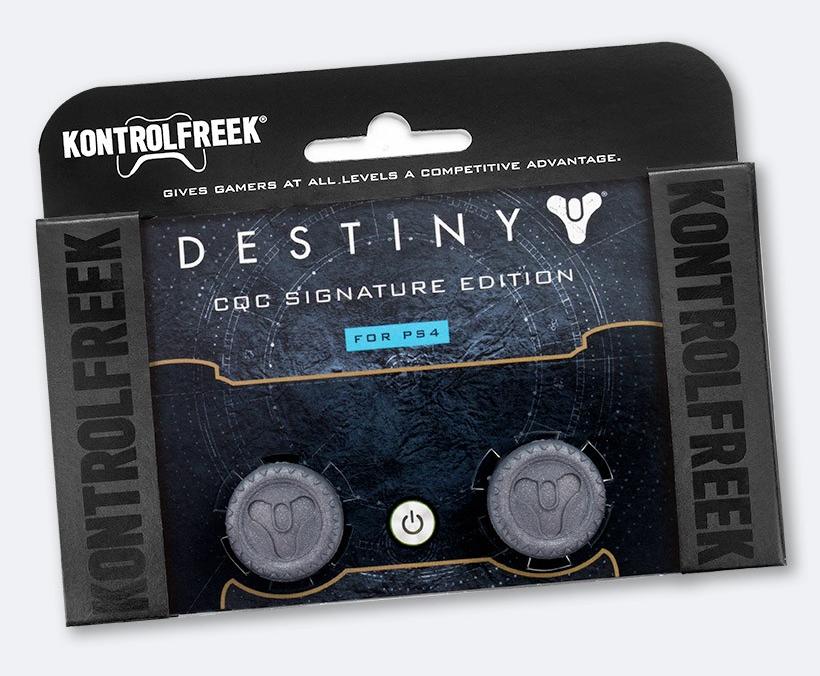 I had the pleasure to learn about KONTROLFREEK‘s Destiny CQC Signature Collection well before E3 and as a fan of Destiny I couldn’t wait to finally see what so many gamers have attest to, plus to add some Guardian style to my analog sticks.

So I’ve known about KONTROLFREEK Analog enhancements for several years now and have been skeptical on the whole idea. Adding something extra to analog stick made me remember the useless Pelican (Now PDP) accessories you would add to your Gameboy or Gamegear buttons to press better and that magnifying glass with the light to project the image on the screen. Yup great times, that alone was an annoyance so seeing the add on made me think the result would be the same.

KONTROLFREEK was awesome enough to send the Destiny CQC Signature Collection for the PlayStation 4 DualShock 4 my way so I can finally test them out. The term “you can’t knock it till you try it” is definitely the truth when it comes to KONTROLFREEK Thumbsticks. They may look a bit goofy or clunky but the idea of it is genius. 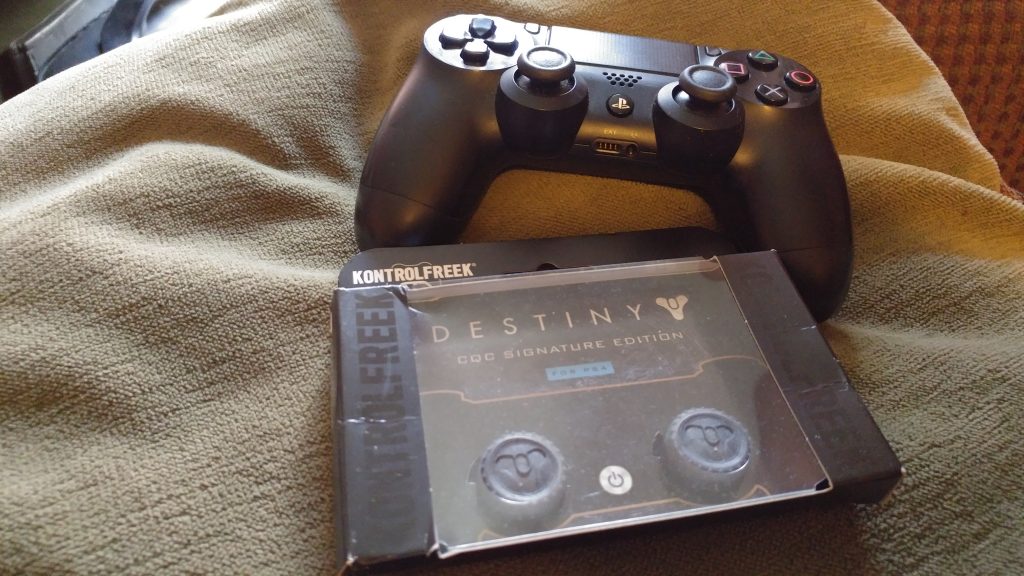 When you think of Destiny you think of space, stars, the universe, and total Sci-fi, to keep that in mind KONTROLFREEK Destiny CQC Signature Collection embodies that but with a clean look. The Thumbsticks feature the iconic Destiny Trinity symbol embossed on both with silver sparkle rubber nobs. The outer rim includes a lined ridges for better grip. Overall the clean look can tag along with any colorway. 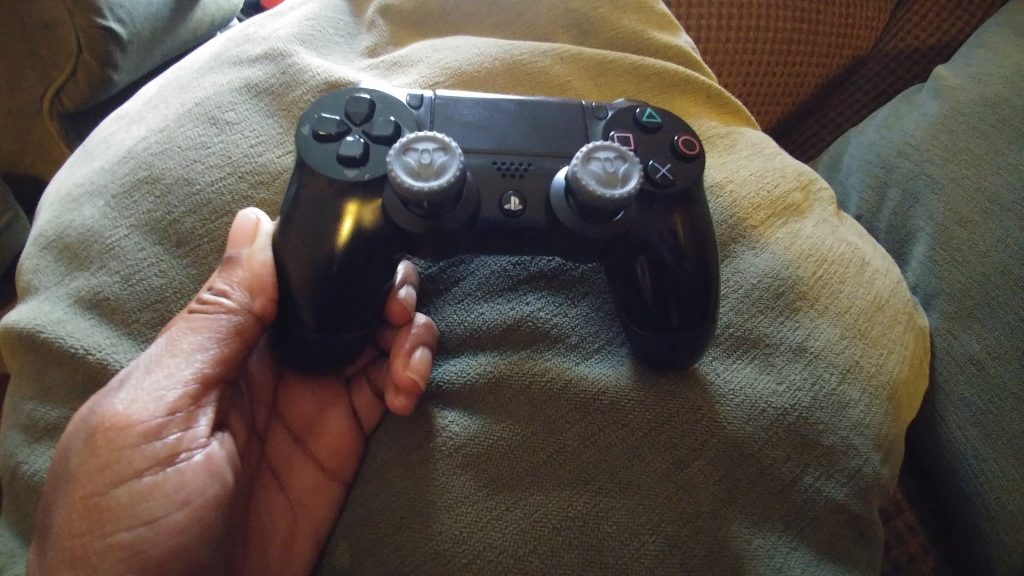 Anything new takes some getting use to so to get acquainted on how my play style would work with the KONTROLFREEK Destiny CQC Signature Collection, I played various multiplayer shooters like Destiny’s Crucible, Call of Duty: Black Ops III, Overwatch, and Uncharted 4. To throw in an extra variable I also played NBA 2K16 to see how my shooting would improved. In the shooter games my reaction time was increased panning X and Y wise. It did not feel foreign once I got a few matches in. In Call of Duty Black: Ops III I play with the Tactical button scheme to get my DropShot Red moves in. Even with the thumbsticks raised my play style went along right with it.

Now with a sports game like NBA 2K16 I wanted to see if these enhancement accessories would also do the job for this genre as well. In Basketball sims I shoot with the analog stick, in the case of using the thumbsticks i first played with both on but I had to take off the left thumbstick because dribbling doing signature moves just didn’t feel right to me with the CQCs on. I let the right thumbstick remain and it was heaven with the shots. 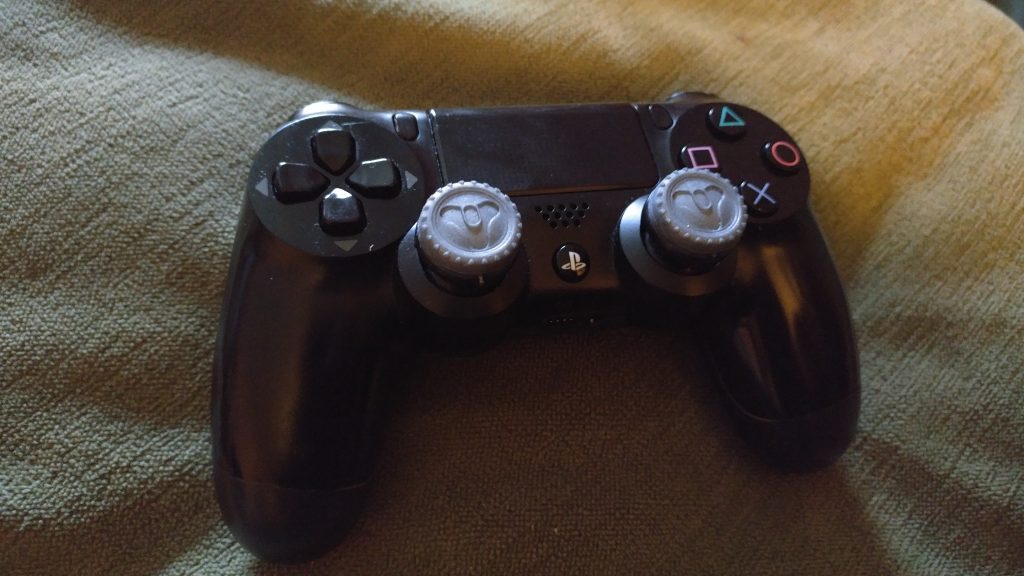 If you are willing to put effort into increasing your K/D, get the upper hand in gun fights, reactions time, or even improve a jump shot without all the expense to do so , plus not to mention a huge fan of Bungie’s Destiny then I would highly recommend the KONTROLFREEK Destiny CQC Signature Collection. KONTROLFREEK has done other collabs like with the Call of Duty franchise, but I must say this design is by far my favorite.