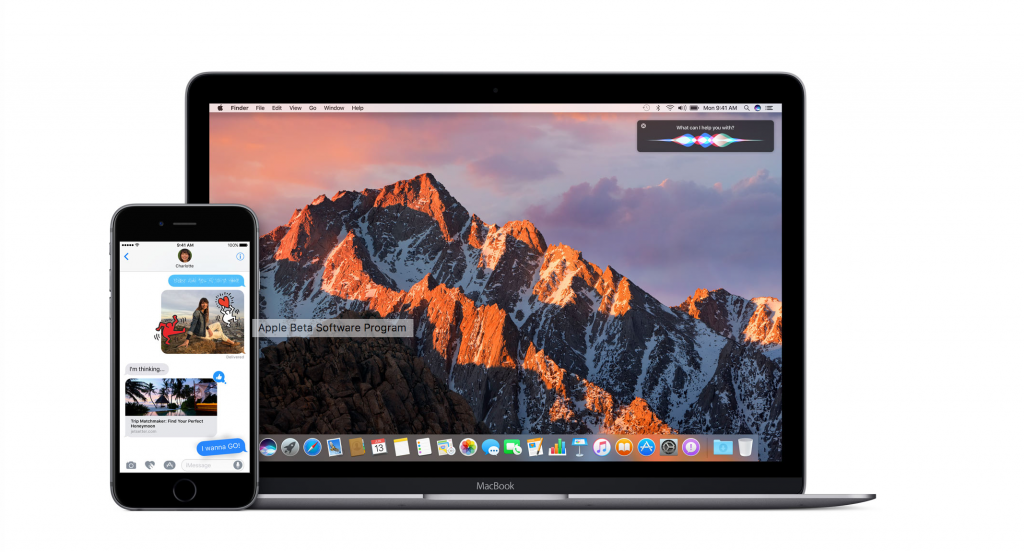 Well its beta time and as always whenever Apple releases the public beta for trial I have to do my due diligence and see what new changes and improvements are happening for Macs and iOS devices. This go round its OS version 10.12 or what it’s appropriately known as, MacOS Sierra. Finally, Apple decided to scrap OS X or OS esx as everyone mistakenly calls it and went back to the MacOS name it was originally back in the earlier days, and with that we get MacOS Sierra.

What’s new about Sierra? El Capitan just came out right? Well, yeah, but a new OS isn’t always a new OS. It’s just Apple’s way of saying we made some changes and added some new features but instead of an update we’ll just rename it. That’s basically it.

MacOS Sierra isn’t a drastic change for users that are using either Yosemite or El Capitan. The overall look and aesthetic is still the same, so just by looking at it you won’t see much difference if you see one at all. MacOS Sierra is about refinements, trying to make the user do less and get more and of course Siri. I’ve played with the public beta for about a week and since then those with developer’s account are probably using the more updated version. I’ll only be referring to initial public beta and what I thought was most notable about OS Sierra up to this point. 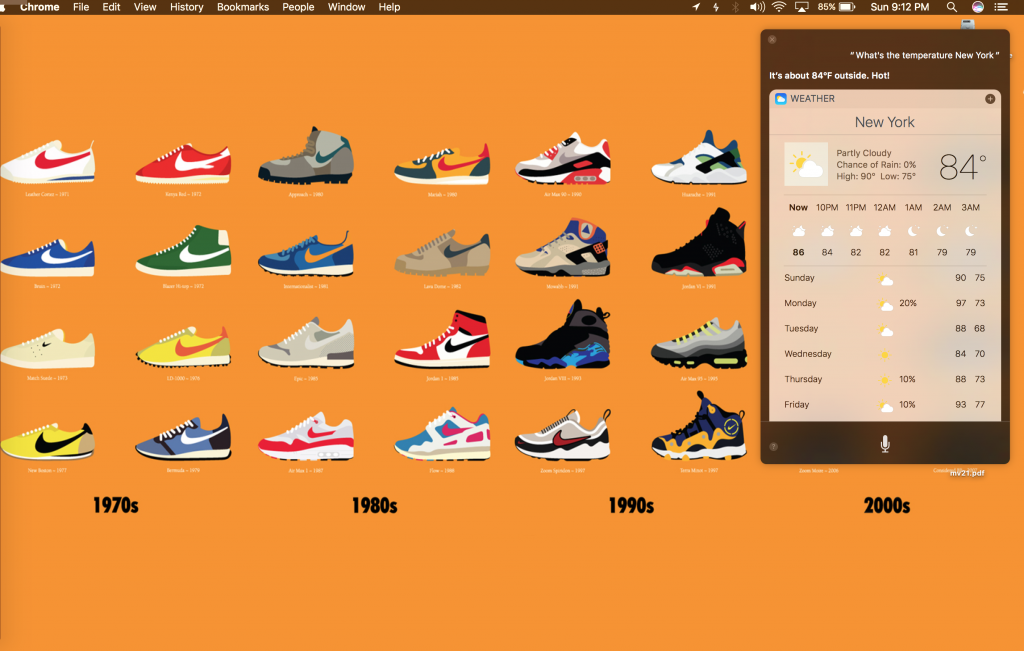 Siri, the function that is both useful and useless at the same time on an iPhone. While Apple may disagree with me I find that most people who are iPhone users rarely use Siri if at all (myself, included). So, would add Siri to the desktop platform make Siri more usable? My answer, YES. Siri being included on Macs is really cool to use and it’s useful too. I’m wondering why Apple didn’t do this sooner. It makes so much more sense to have it on a desktop especially if you’re working and you need some quick info and don’t want to use Google and search forever. You can even open an app without breaking your workflow. I’ve asked Siri for the weather, sports scores and to open applications and she did it pretty easily. My experience with Siri was an overall really good one and I just need Apple to give it voice activation and Siri will be just as good as Cortana or better. This is easily the best improvement with MacOS Sierra which is why I had to bring it up first. If there is a reason at all to use the public beta, this is why you should.

Universal Clipboard is a really cool feature that allows you copy and paste text and pages across your iOS and MacOS devices. There are third-party apps that you would’ve done this with but Apple does this natively now so why not take advantage. It’s a great feature to have. I had some difficulty with the setup and getting it to work initially but when I got it to work, it worked really well. You’ll probably want to make this feature a constant in your copy and paste life. This is continuity at it’s best here. 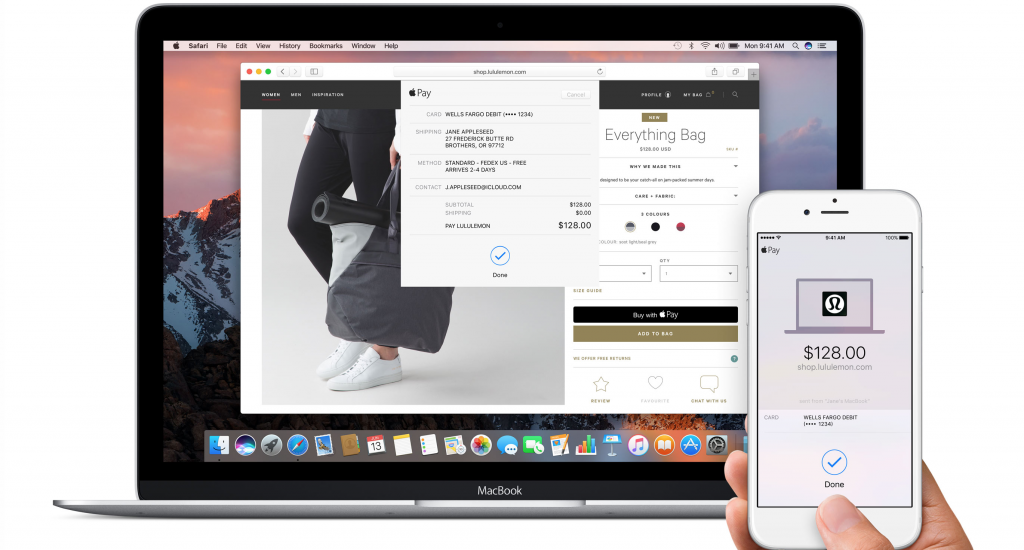 Apple Pay is now here for the Mac. Apple Pay has been a cool feature for the iPhone for a while and being able to use it with your Mac just allows you more continuity. The con to all this? It only works with Touch ID, so older model iPhone users. Sorry about that. Who knows maybe Touch ID will make its way to the Mac somehow? Stranger things have happened.

If you have an Apple Watch you have the ability to unlock your Mac if you’re just within a certain range of it. Say “Goodbye” to lengthy annoying passwords. Just wave your watch and you’re in. It’s not what one would consider to be a mind-blowing feature but I happen to think that it’s a feature that you would use more than you think. 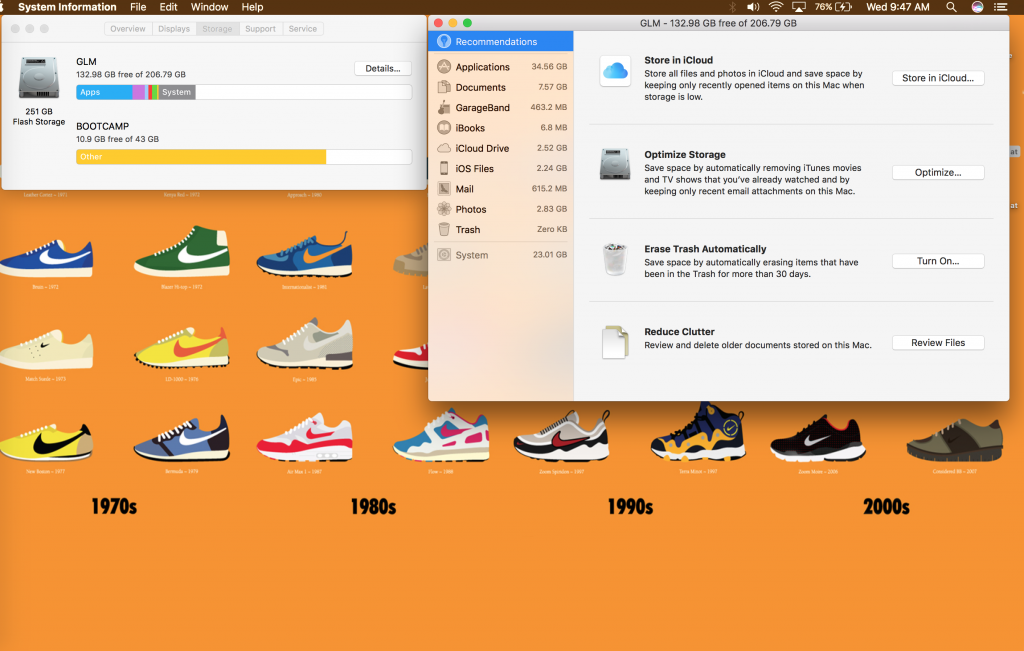 With MacOS Sierra you now have the benefit of being to see exactly what your hard drive is being used for. So often do we watch our internal HD space dwindle down and not know why. With faster but storage deficient SSD’s, hard drive space is more important than ever. Every time we install an app, save a document, install Dropbox that uses up our precious space available. Even though we should be saving externally as much as possible, habits are hard to break. At the very least MacOS Sierra is making it much easier to understand what is being used and what you can do to save space. This feature coupled with iCloud Storage should make managing your HD and data much easier.

As of right now, these are the features of MacOS Sierra that are my personal favorite and best suited to how I use my Macs and iOS devices daily. This will be different for others. The public beta that was released as I mentioned prior has changed a little bit and has had two different variations at the developer level bringing it to 10.12 v3 so. If you have a developer’s account you may be using a MacOS Sierra with different features and functions. No matter what, OS Sierra seems pretty solid up to this point and Apple is getting a better understanding of how to make iOS and MacOS work together. It’s working well so far and if you haven’t tried it yet, you should. Just sign up for the beta testing program HERE and wait for an email with your beta codes. Make sure you do NOT use this on your main machine. It is in beta phase which means experimental and buggy. You have been warned. If you just want to know what’s new in MacOS Sierra without installing it. The folks over at 9to5Mac.com have a great video covering all of the features you can expect to see in the new OS. You can can check it out HERE. See all that Apple has to offer with OS Sierra and enjoy.