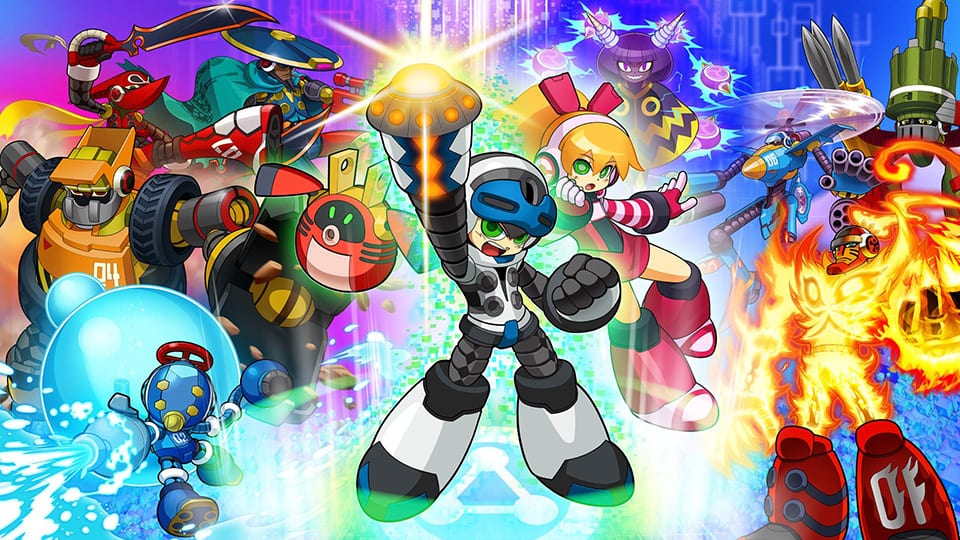 When Capcom decided that no longer did it make to sense to continue to make Mega Man games, a 90’s kid like me that grew up on them was disappointed. I didn’t understand the logic and I found it almost inconceivable that Capcom would do such a thing to one of the greatest game series ever. No next-gen? No PS4 or Xbox One remaster or remake? That sucks. The nostalgic part of my DNA hated it until I played Mighty No.9 and now it makes complete sense. I’m glad they never did it.

Am I being a bit harsh? A little bit, but Mighty No. 9 is a harsh game to play because unfortunately and to my surprise it just isn’t any good and it doesn’t offer anything different from what Mega Man was.

Mighty No.9 is the brain child of the creator of Mega Man Keiji Inafune and according to a video interview that I saw with him in the original Kickstarter campaign for Mighty No.9, Beck was what he had always intended for Mega Man but creative difference of opinion with Capcom ultimately gave us Mega Man as opposed to Beck and although it wasn’t what he wanted, it’s been one of the best known series in all of gaming ever since. 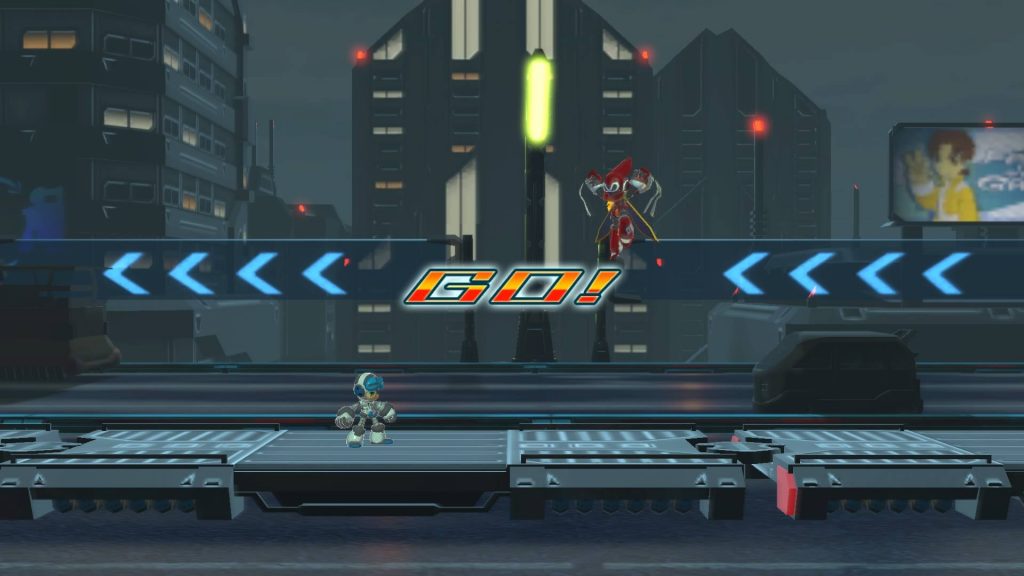 Initially I was excited about the idea of Mighty No.9 especially after playing the beta (I even donated to the Kickstarter). A guy like me who is a bit old school still appreciates a good 2D side scroller, so what if it’s very similar to what Mega Man is? This could work. Maybe. Nope, I was wrong. Mighty No.9 sucks. I wish I could be a little more artful in my description of this game but I can’t. It’s a re-skinned Mega Man with glaring issues that make this game a frustrating experience above all else. 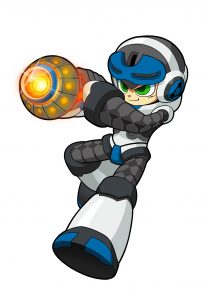 The stages in Mighty No.9 are exactly reminiscent of what you remember from playing a Mega Man game, shoot some enemies, jump some platforms, maybe encounter a mini-boss and then finally the actual boss fight. Just like the Mega Man games there 8 bosses. Pyrogen, Cyrosphere, Dynatron, Seismic, Battalion, Aviator, Brandish and Countershade. Each of them displaying their own unique abilities and pattern for fighting them. It’s so hard not to play this game and think only of Mega Man. THIS is the problem with Mighty No.9. There is no identity. It has assumed the identity of Mega Man. Mighty No.9 is a bad imposter.

The courses of this game are unimaginative and re-skinned versions of what I’ve already seen in the Mega Man games. The most notable thing about the way Mighty No.9 plays is just how frustratingly difficult the courses of this game are. I must have played every single course in this game and only three times have I been successful at reaching the boss battle let alone defeating one. Could it be that maybe I’m really bad at this game? Possibly, but I’ve completed practically every Mega Man game of this type to date so I get the concept. It isn’t that. This game is just frustrating. So many times I would turn this game on, play a course and constantly die before I said “F–K it” and just turned it off. The point of this game is lost on trying to different. This game is about points and combos, not the adventure and the fight against Dr.Wily and the Robot Masters like it was with Mega Man. 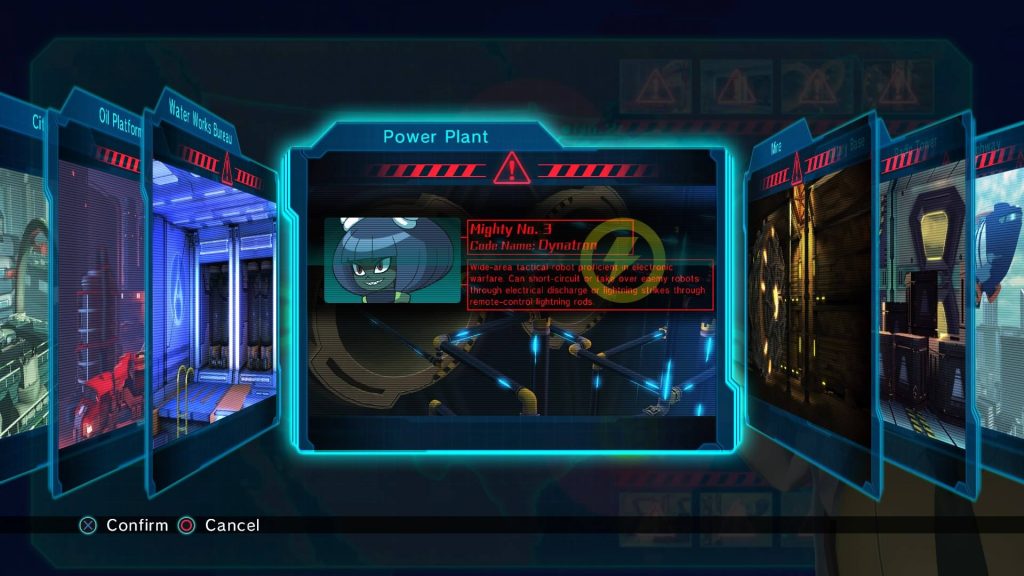 Beck’s power and abilities in this game are difficult to use and understand. You shoot an enemy take its power and you’re able to use it for a limited time, a very limited time and more often than not I found that taking an enemy’s power was mostly useless and didn’t help at all. Even more so after a boss battle. In Mega Man the best part about completing a stage was taking the bosses power and being able to use that power throughout the game to help you complete other courses and defeat other bosses. So much of that is lost on Beck. For a game that claimed to be what Mega Man wasn’t it took so much of what Mega Man was and screwed it all up. No other way to say it.

I hate that this review has to come across as scathing but a bad game is a bad game. Mighty No.9 is a bad game. I’m incredibly disappointed. Nobody wanted to play this game amongst my friends more than me. I’m a huge Mega Man fan and I wanted the success of Mighty No.9 to lead to a new franchise of games but right now it’s looking like Capcom was right. It’s not over. Maybe a huge overall OTA update will help. There’s a lot of work to be done. Fix the problems with enemy placement, give us more understanding of Beck’s abilities, take away the point and combo system and make it about the adventure. Make the course level more involving and not so boring. It’s a side scroller so there’s only so much you can do. I get that, but in this day and age I have no doubt it can be done better. I wouldn’t recommend this game not even at a $20 price point. FIX THIS GAME. Make it better.