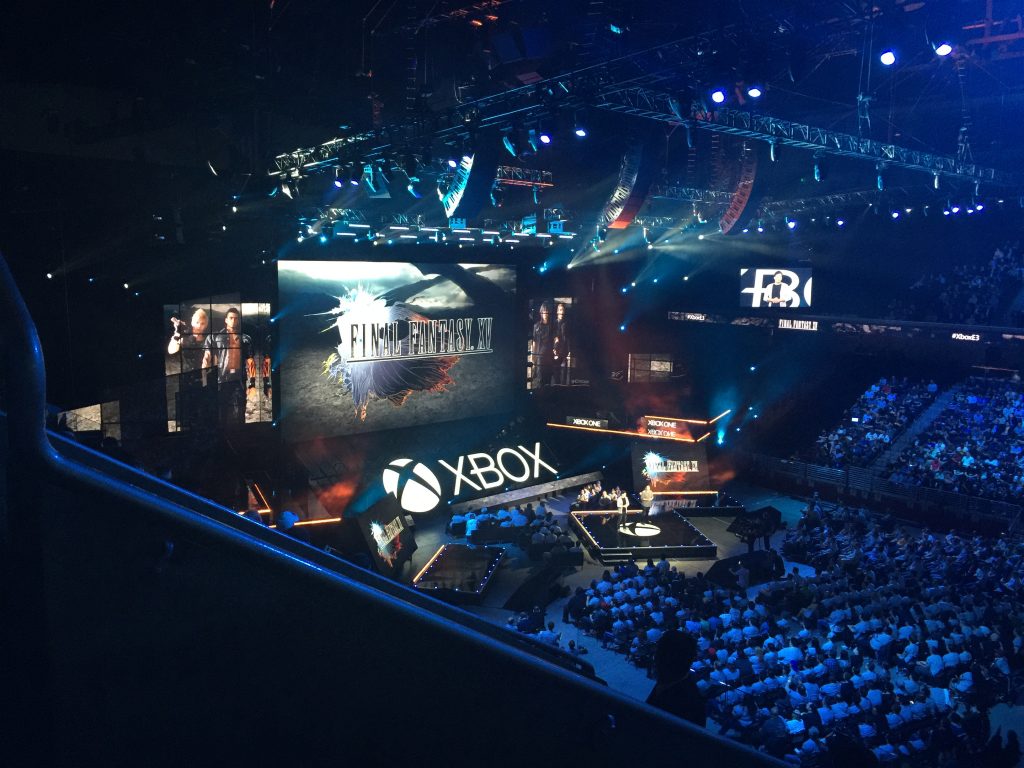 Microsoft came to E3 2016 with a message in mind and it had nothing to do with Sony. Microsoft knew that it had a lot of issues to address and it wasn’t necessarily with the games although they brought those too.

First things first, the games. Microsoft brought out an impressive lineup of games to start off the show. We saw incredible trailers from Gears of War 4, Forza Horizon 3, Battlefield 1, Tekken 7 and some great indie titles with my favorite being “We Happy Few”

All in all Microsoft knew that their lineup of games would have to be up to par in order to take away some of the steam from the PS4 which is currently killing them in the marketplace in terms of consoles sold. In order for them to do that MS had to tie up loose ends with their community and do some things that the PS is already doing but try and do it better.

Xbox LIVE was something that MS gave a great deal of focus to. Watching the briefing I could see that games aside the community was what MS felt needed more polish and cohesion and they took some necessary steps to doing so by adding some key things.

Now in Xbox live you have communities which you can create for a game or a group of games so you and your friends can set schedules for game play, communicate privately and be more team oriented. Arena is for the competitive junkie. Arena is where you can find random matches, battles and competition just by logging into the Arena portion of Xbox LIVE. You can get it on with anyone anytime as long as you’re online. LFG (Looking for group) is great for games like Destiny and The Division in that instead of using subjective LFG sites online. You can grab a friend or two and form a fireteam and complete your tasks as it’s necessary via LFG.

The additions to Xbox LIVE were indeed necessary. PS4 players already take advantage of these features in their community so it’s good to see Microsoft allowing their players to do the same. Better late than never.

Customization is now a part of owning an Xbox One with the new Design Lab. Yesterday when MS unveiled that you can now customize your controller with a variety of different colors, styles and personalized engravings, I thought about the endless possibilities going forward. Before too long don’t be surprised if you see that you can customize your Xbox One for a “small” fee. Of course small fee is the relative term here but at least you can personalize your Xbox without having to send it off to some expensive customizers and paying essentially double what your XBOX is worth or more. It remains to be seen what MS will ultimately charge for all this personalization but it’s good to know that at least it’s available and Sony isn’t offering it. So Xbox players will have a leg up here.

Not much is known about Project Scorpio as Microsoft has been pretty mum about it. All we know for sure is that it’s Microsoft’s update or replacement for the Xbox One and based whatever vague information MS has released. What I do know for sure from what I watched and what was described is that it’s a powerhouse and a serious problem for Sony. It’s 4k ready and VR capable, hint hint at a VR unit for the Xbox? maybe Oculus integration? The possibilities are endless and it’s exciting to see where Microsoft goes with this. We’ll keep you posted

Overall, Microsoft had a great show. I was impressed by them addressing glaring issues within the online community. I loved that they are personalizing. The XBox One S and Project Scorpion. They fixed the present and showed you their vision for the future and as a gamer it’s always good to know what to expect because owning a gaming console is an investment. Thumbs up to Microsoft on a good show.