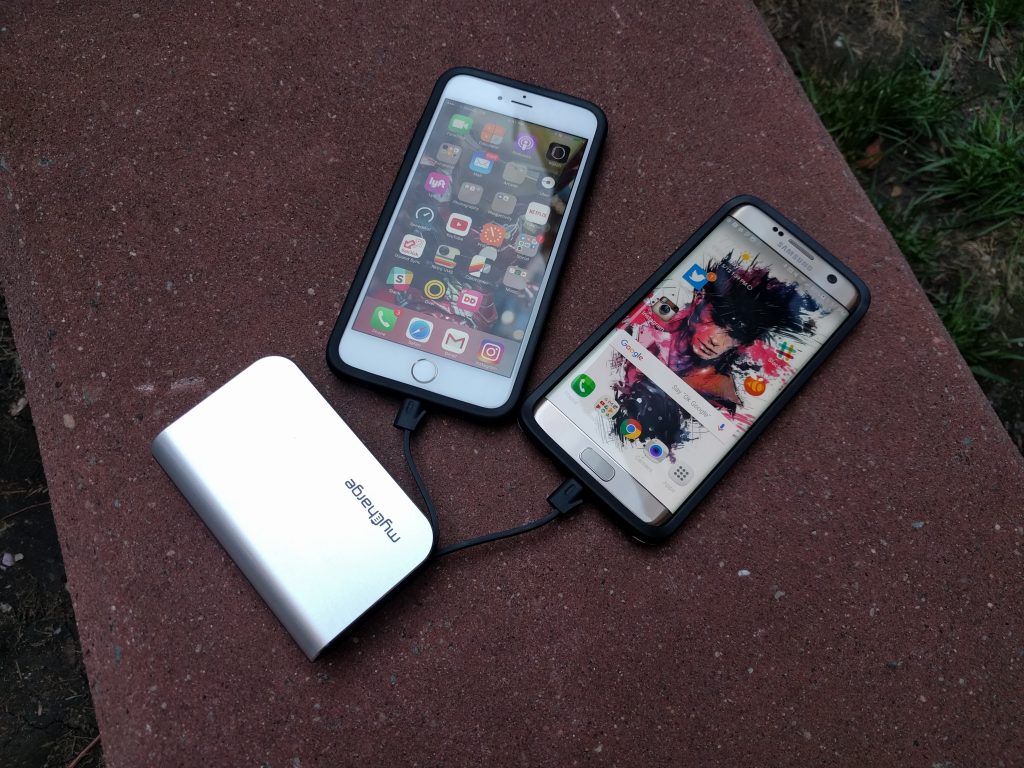 No matter whether you have the fastest charging phone known to man or one that utilizes great battery life it’s always good to keep a battery pack handy just in case. Hey it may even be a time where you won’t need it but someone else would. You be surprised I run into this more often than anything. MyCharge has been in the battery pack game for quite some time and got thorough some redesigns over the past few years. Most of their battery series are still intact but some may or may not be familiar to you. 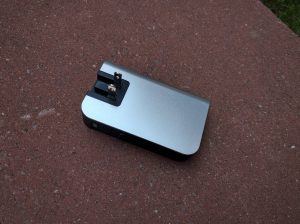 The HubPlus is a battery pack which charges quite differently than others you might see. It does so via a power outlet. So instead of connecting as you may so via USB this is a straight connection. The HubPlus is all about a nice smooth streamlined design. It has a wall prong that snaps out on the back for charging and 2 USB cables that come out the side for charging. One cable is for those with Apple lightning connections such as an iPhone and the other is microUSB which would cater to the various Android smartphones on the market. It simplifies the task of looking for cables and has every compacted in one. Also when planned into an AC outlet you can still charge whatever devices are also connected.

It definitely comes in handy when dealing with a iPhone and Android device thanks to its 6,000mAh capacity. At times I was able to charge my iPhone 6S+ or Android device such as a S7 Edge with ease. It worked out great for situations when you are around a group of friends that only cater to one type to device and you have that one that is different from the pack. I found the HubPlus small enough to throw in my shoulder bag or even in my pocket at times. I didn’t find issues with it other than the wording on the brushed aluminum starts to fade after usage. I experienced this on their HubMini as well but it’s not in any ways a deal breaker. Best of all it comes charged out the box.

If there is an outlet there is a way to charge our battery pack. It’s probably one of the best ways to charge a battery pack and leaves the focus off needing wires and/or ac adapters. It is pretty sufficient with charging devices and should be able to help you get back to speed with life depleted phones. There are cheaper alternatives out there but do they really work this good tho? The HubPlus by MyCharge is available for $99