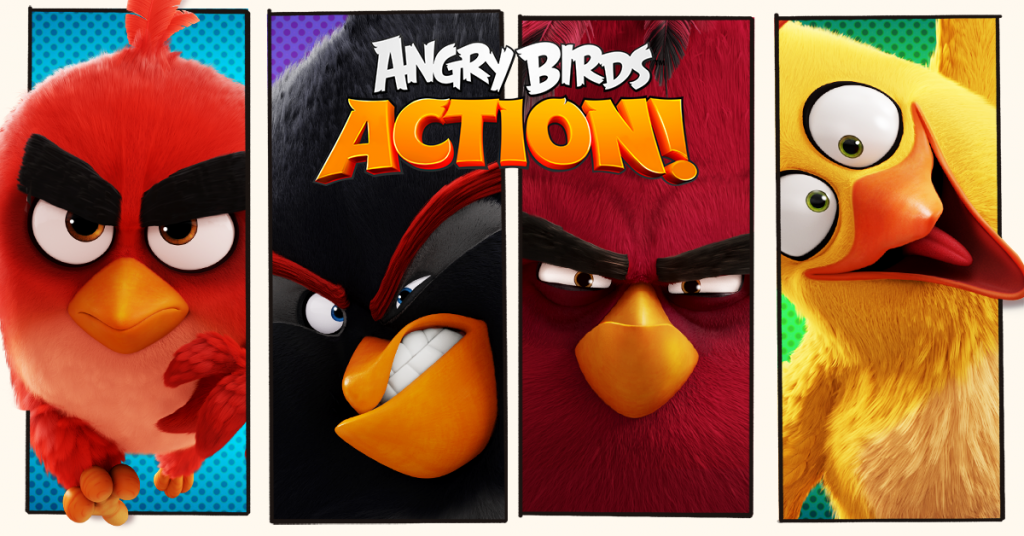 April 27th, 2016 in New York, Central Park East, G Style was invited by Rovio to preview something pretty exciting. The on-hands preview of their latest installment “Angry Birds Action!” is an all-new 3D pinball-inspired smasher game using similar gaming mechanics fans have come to love. Just in time to coincide with the May 20th release of The Angry Birds Movie, and by the time of this publication Rovio would have officially announced what can easily be the ultimate Angry Birds game experience.

The game features the four main characters of the feature, Red, Chuck, Bomb and Terence and acts as a prequel to the film. In very Angry Birds fashion, you run through obstacles and bounce from wall to wall like a wrecking ball, trying to beat the level in as fewer attempts as possible.

The game looks very different, taking visual cues from the upcoming feature film it’s not that standard 2D fare. The game is beautiful, you can tell a lot of effort was put in place to made the game stand out from the previous version. What’s different in terms of controls is instead of the standard slingshot, here you simply aim your character in the direction you want to send it. This is on purpose as Miika Tams, VP Games explains, the sling shot plays a key role in the film, so they didn’t include it as part of the gameplay mechanic.
I was able to get through the first few levels with ease, but like the games before it – higher levels, increased difficulty. For those wondering if the game is any fun on its own, have no fear as the game is as easily addicting as any of its predecessors.

Now, this is not what I meant by ‘Ultimate’. Also starting today and leading up-to and after the release of the movie, players can unlock exclusive additional content via special AR (Augmented Reality) “BirdCodes”. Previewed in the video above, this requires a bit more explanation. Miika Tams, VP Games. “Angry Birds Action! is the cornerstone of our comprehensive Digital Movie Program, which bridges digital and physical entertainment like never before.” 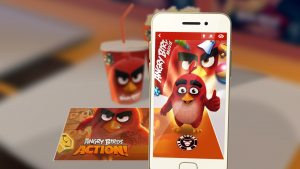 Alex Lambeek, Chief Commercial Officer adds that more than a staggering 1 billion BirdCodes have been prepared and printed around the world. When scanned with Angry Birds Action! BirdCodes will unlock additional power-ups and digital content and extras, bringing a new digital dimension to the game and experience.

More than two dozen unique BirdCode experiences within Angry Birds Action! have been developed with promotional and licensing partners:
* Each of the six LEGO Angry Birds playsets come with their own different augmented-reality mini-game, unlocked by scanning the BirdCode found on the last page of the building instructions

* Go on an augmented-reality Egg Hunt with BirdCodes found on products by many more partners in local territories (for example, Peperami in Europe)

* Go on a real-world scavenger hunt by visiting retailers such as Walmart or Toys ‘R’ Us, and looking for the BirdCodes on display. Scanning them unlocks additional power-ups and a different character (Red, Chuck, Bomb or a Pig) that provides a key to a mystery box in the game

We were able to get a bit hands-on to see the BirdCode in action. Within Angry Birds Action! we hovered the Angry Birds Scanner over the BirdCode and the mini-game revealed itself. I was able to test it out with one of the Lego Products and it was fascinating to see the pages come to life. A full ship came off the page, animated, rotating, parts moving, animated characters all around, as I tapped on the mobile device touching eggs and squishing the evil green pigs and I found myself shamelessly immersed.

For those going to see the The Angry Birds Movie, stick around for the credits. Audience members with the game open on their device will be treated to extra bonuses. A whole new area of the game to explore, additional exclusive movie clip that can’t be seen anywhere else but inside Angry Birds Action! behind the end credits. 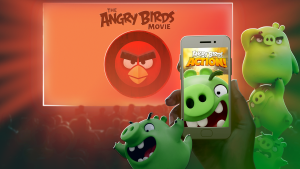 The AR/BirdCode experience is not for everyone. That considered, the game is still extremely fun and entertaining on its own.

It was amazing to be able to speak with the creators of Angry Birds Action! from their humble mobile beginnings to the upcoming feature film back to mobile and this new exciting and fun new development.
They are all extremely excited to bring the game and new experiences to the world, and they should be.

A very special thanks to Kati Levoranta, Minna Tuominen, Alex Lambeek, Joseph Knowles, Miika Tams and Wilhelm Taht of Rovio for showing us around and introducing us to their exciting project and Finnish Consul General Jukka Pietikäinen for his wonderful hospitality hosting the event.

As it stands, Angry Birds is currently the most downloaded mobile game of all time, and the trend doesn’t look like it’ll stop soon.
Angry Birds Action! is out TODAY, published by Rovio Entertainment and developed by Tag Games. The game is completely free to download, play and succeed in, but optional in-app purchases are available.  Android / iOS