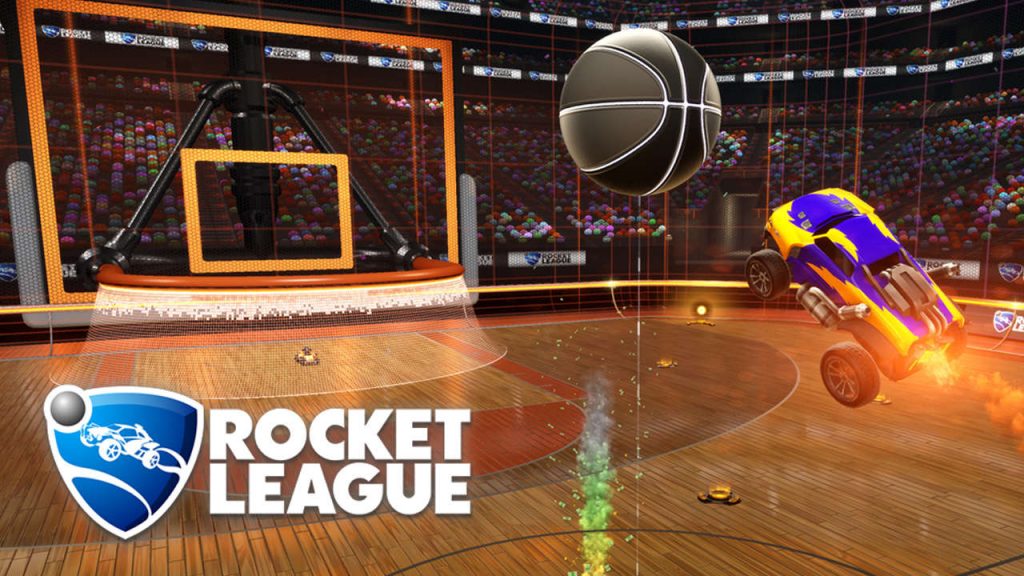 Rocket League is the great game that kind of crept up on the gaming world and became hugely popular with millions of players online and solo. If you haven’t played Rocket League before, then now is your time to download it and play it. It’s an enthralling game that sucks you in and it’s almost impossible to put down.

The initial game is all about soccer and it still is but with today’s April update Rocket League now has basketball or HOOPS as part of the overall game with the “Dunk House”. It’s really cool element to an already cool game. You can still play it with the same number of players for 3v3 or 4v4 action. It’s still going to require some skill to figure out the physics to score and the game play is still fast paced.

The NBA licensed NBA Flags in the game are used as cool ornament flags on your RC car. It’ll remain to be seen how much more you’ll be able to add in terms of NBA content in the future but for now I get to rock my Knicks flag on my RC car.

Aside from the HOOPS and NBA additions there are also some new arenas to play if you want to run some exhibitions or just complete your existing season.

Rocket League can be downloaded HERE for Xbox One and HERE for PS4. If you didn’t download it for free a few months back then now it’ll cost you $20 bucks. It’s a small price to pay for a really great game. Just in case you’re still not sure, check out the trailer.