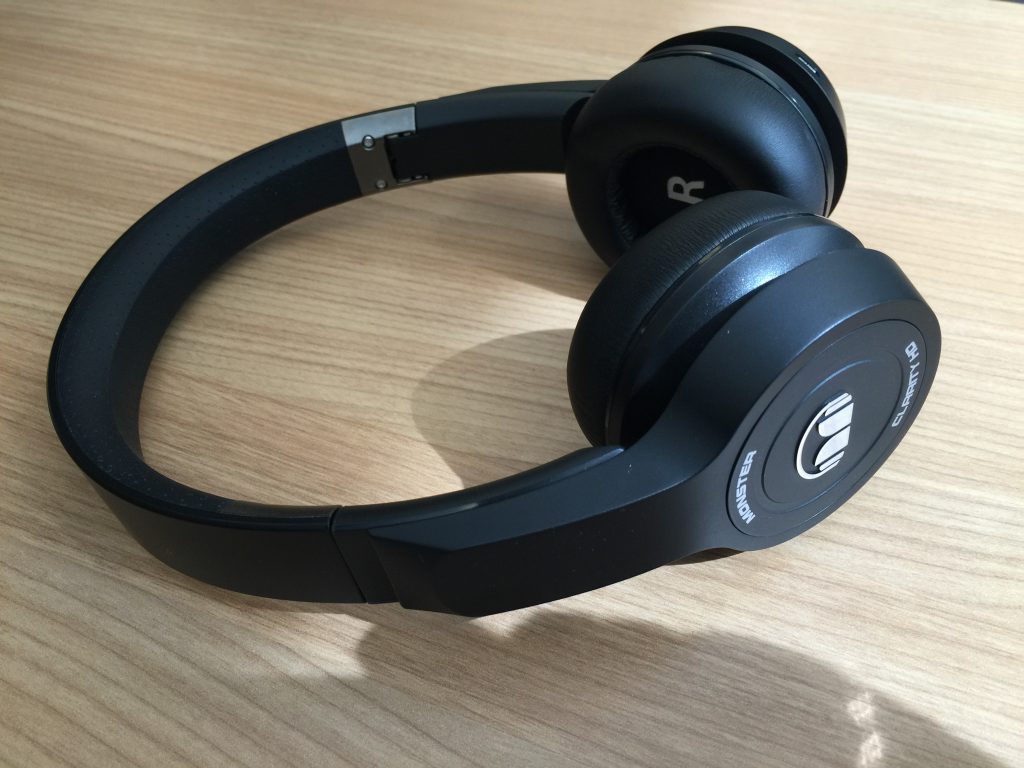 Monster is gearing up for the summer with some new inexpensive headphones that if you’re already a fan of their products you should look forward to. Monster is bringing their styling and good audio quality to a few sets of headphones in their Clarity line with some cool multicolored earbuds and some cool on-ear lightweight headphones.

Monster feels that this new set of Clarity HD headphones will be the best value for your money when you consider the sound, build quality and price. Are they right? Of course it’s subjective and everyone will see it differently but the “Proof is in the pudding” as they say. I got my hands on a set of the Clarity On-Ear as well as the earbuds and I found that for the money these headphones are pretty damn good and my focus will be primarily with the On-ear version of the Clarity HD’s. 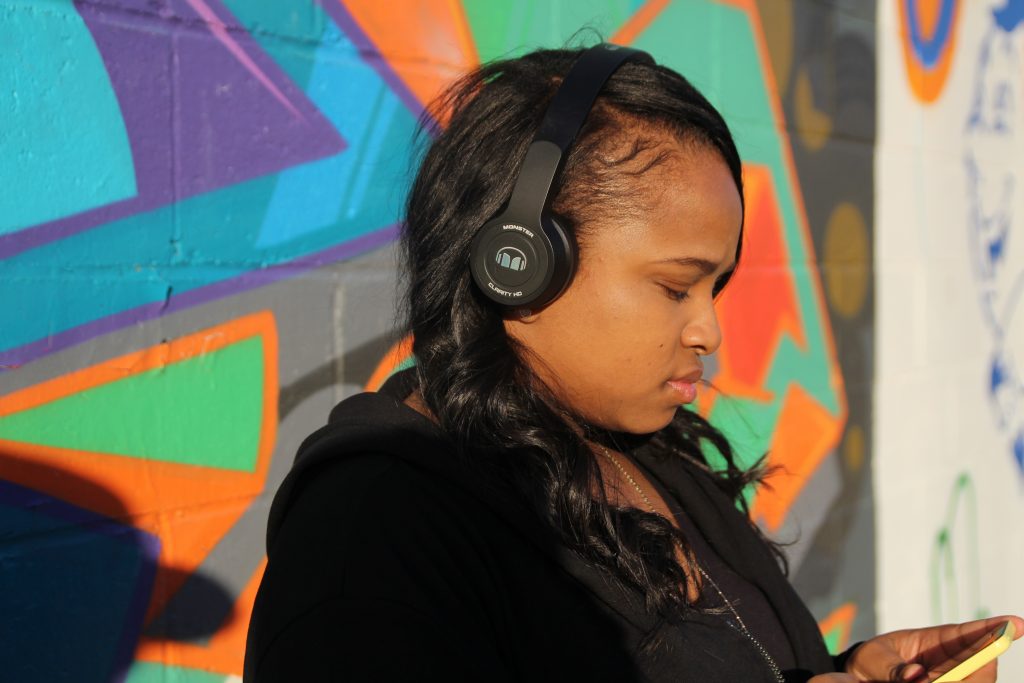 Style is something that Monster is very prideful about and it shows in how they uniquely style their headphones. The Clarity on-ear HD’s are the headphones that I spent the most time with, so I was able to get a good look at them and study the design, styling and function and determine how it all fits together. 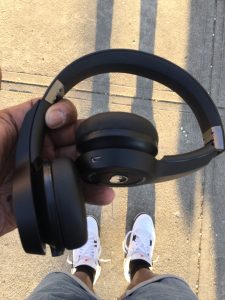 The Clarity HD On-Ear headphones in terms of the design are similar to the larger On-Ear Octagon and 24k headphones from last year. This time around there are a few changes in the design. The ability to be more portable was the most important thing so Monster made the Clarity HD’s smaller. There’s also the added convenience of a folding hinge that allows you to put them in the smaller part of a medium size backpack or in its respective carrying case (which needs a handle by the way) thus furthering the Clarity’s ability to be compact. This is a good thing.

Bluetooth was added to make the Clarity HD’s wireless which is always a plus. Nobody likes headphones cables really anymore but just in case, you still get the 3.5mm audio cable anyway because most of us are going to forget to charge our headphones. The tech involved with the Clarity HD’s functionality are a big part of what these headphones are about just as much as the sound. 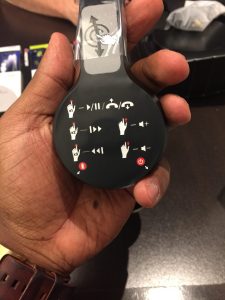 On the top side of the right ear cup you now have touch sensitive swipe controls that you can use to raise and lower your volume as well as pausing and restarting your tracks. You do this simply with just a particular swipe or series of light taps. It’s a pretty cool feature to have on these headphones although I don’t know how practical it is. I found it to be more work than it’s worth. Sometimes I just got the touches all wrong and I ending up skipping a track or pausing it or I just didn’t have my fingers in the right location altogether to make the swipe controls work. It could very well be I’m just lazy and I found just using my phone or device controls easier to deal with. Do not let my feelings about this feature deter you, I’m just spoiled. Despite my interaction with the swipe controls it did make these headphones just a little bit cooler. All in all, the styling on the Clarity’s is sleeker although not new, the folding hinges for travel’s sake are a BIG plus and the swipe controls although not practical make these headphones worthwhile thus far, but what about the sound? 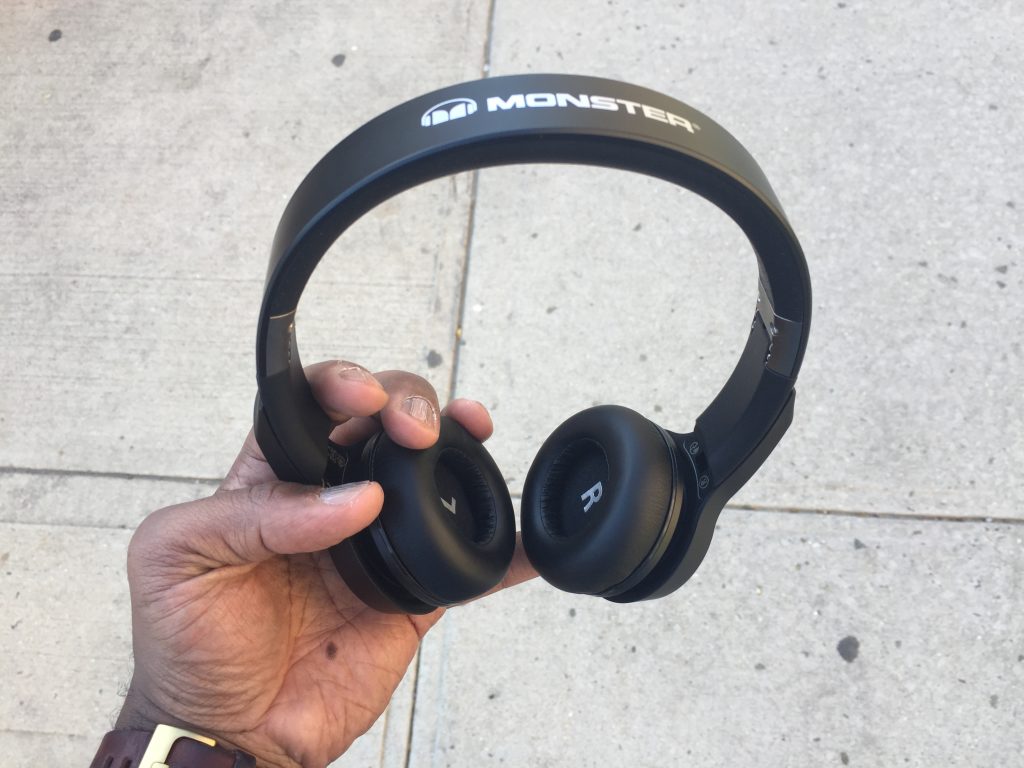 Sound, it’s the reason we buy headphones let alone expensive headphones. Strangely however, We always tend to buy expensive headphones right away because conventional wisdom would seem to dictate that when you spend more for your headphones you get better sound. Right? Well, That’s true in some cases but sometimes it really isn’t (cough, cough Beats by Dre). The Clarity HD’s fall right in between. High quality and expensive looking but in fact very affordable. 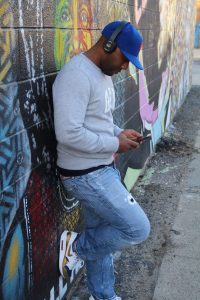 With a retail price at just $149.99 or $150 bucks you get a lot for that money. Audiophiles may disagree but we aren’t talking to them and chances are they wouldn’t be interested in these headphones anyway. The Clarity HD’s are for the guy or girl who likes loud sound, decent mids and a good amount of bass. That’s what the Clarity’s are in a nutshell.

In the days that I spent with these headphones I can say in complete honesty that they’re perfect for the traveler. I get around a lot and I live in NY. If you know anything about NYC then you know it’s one of the more noisy cities in the US and having a good set of headphones to drown out all that bedlam is a necessity. The Clarity’s have noise isolating (not noise cancelling) ear cups that leave out the annoying rumble of the subway, city traffic or the occasional street performer whom you don’t want to hear that day. It’s just you and the music and you don’t have to turn the volume all the way up. It’s an intimate affair when you have your headphones on as it should be. 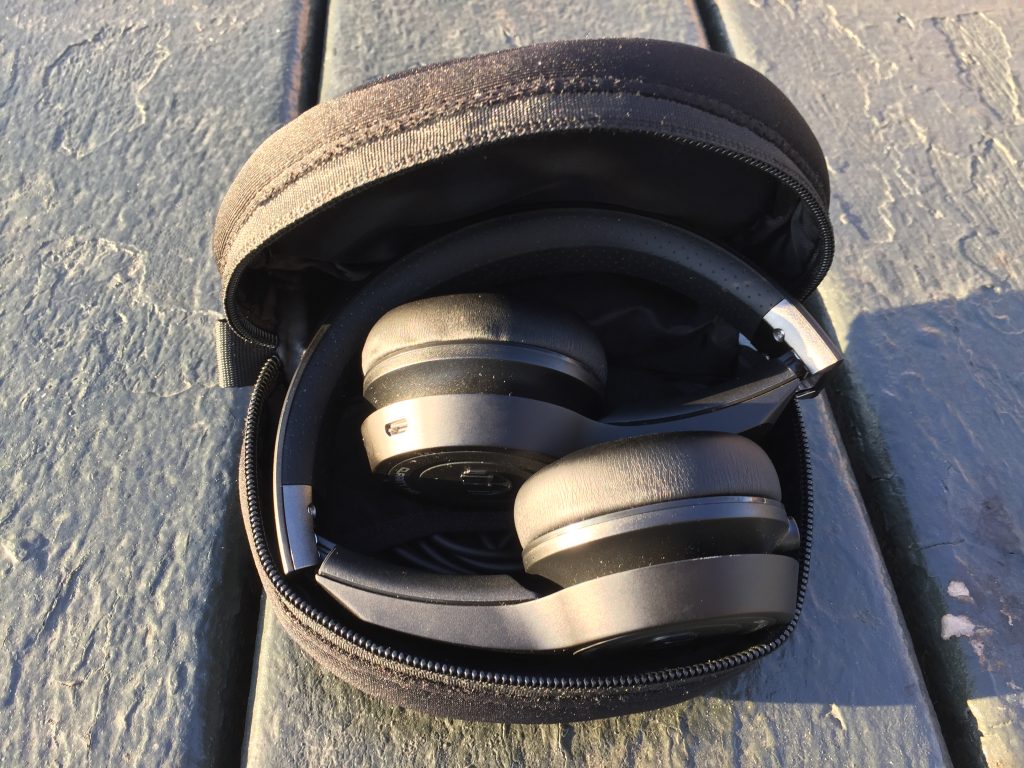 The Clarity’s do a good job of giving you some nice clear sound although sometimes the sound for me got a little muffled and at times overly bassy. I found that I had to change the settings and do some tweaking with certain types of music but with all headphones there’s a grey area and I expect that so I won’t be critical. The device you’re using, the file type and the app you’re using for playback all play a factor in how your music sounds. Even with that if the headphones aren’t good then they just aren’t but the Clarity’s held up very well and gave me some good sound even after tweaking.

There’s a microUSB cable that came with the Clarity’s that isn’t just for charging either. You can actually use it for sound purposes for what Monster calls “Direct Digital Audio” but I found that it didn’t enhance the sound much, but it’s good to know that if the battery dies on your headphones and you just so happened to leave your audio jack at home that a simple microUSB cable will bring life back to your headphones and you can rock on. Sound wise? The Clarity’s are impressive and if you want more than that you’ll probably have to pay more but I can’t see how anyone would be disappointed with these.

The Clarity HD’s are what you want to get for $150 bucks. Good sound, clear and loud. That’s what you need your headphones to do if you’re a casual music person but an everyday traveler. The Clarity’s are portable, light and wireless which further adds to its value. There isn’t really much wrong here. Headphones are getting more and more expensive as audio technology improves. Monster made a set of headphones with a fairly minimalist look with some audio that you won’t be mad at with an easily affordable price. Trifecta. I would definitely recommend them if someone asked. That being said don’t hesitate to pick up a pair from Monster HERE or your local retailer.