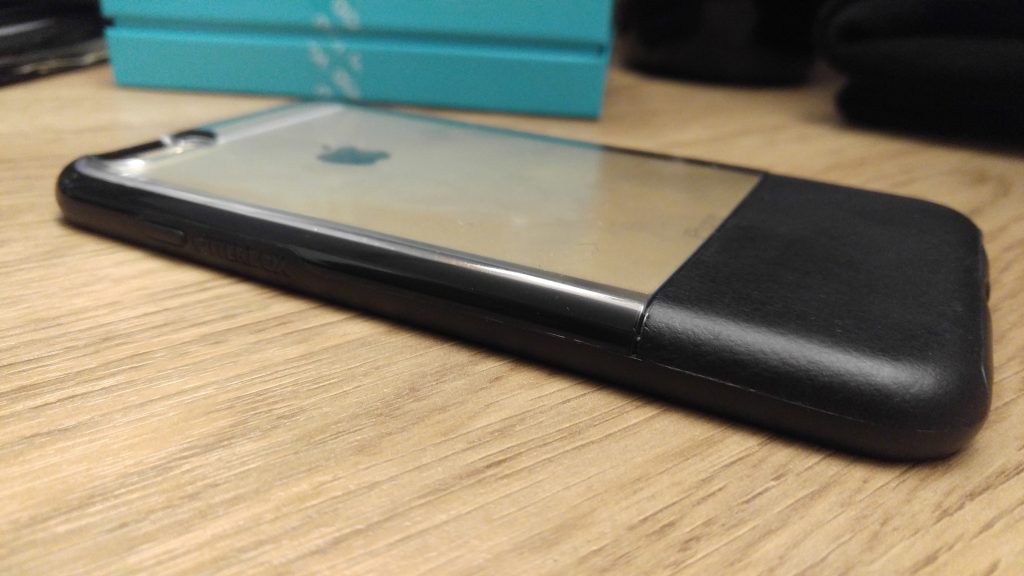 Within the past few years OtterBox has gone from having their flagship “Defender” cases to releasing designs that cater to everyone such as their protective but not too bulky “Symmetry” cases. This time around OtterBox has a simple but also interesting case with what they have dubbed “Statement”. It has a very minimalist design build with a touch of fashion or rather elegance to separate it from other clear or close to clear cases. But is it as good as it looks and can make a real statement? 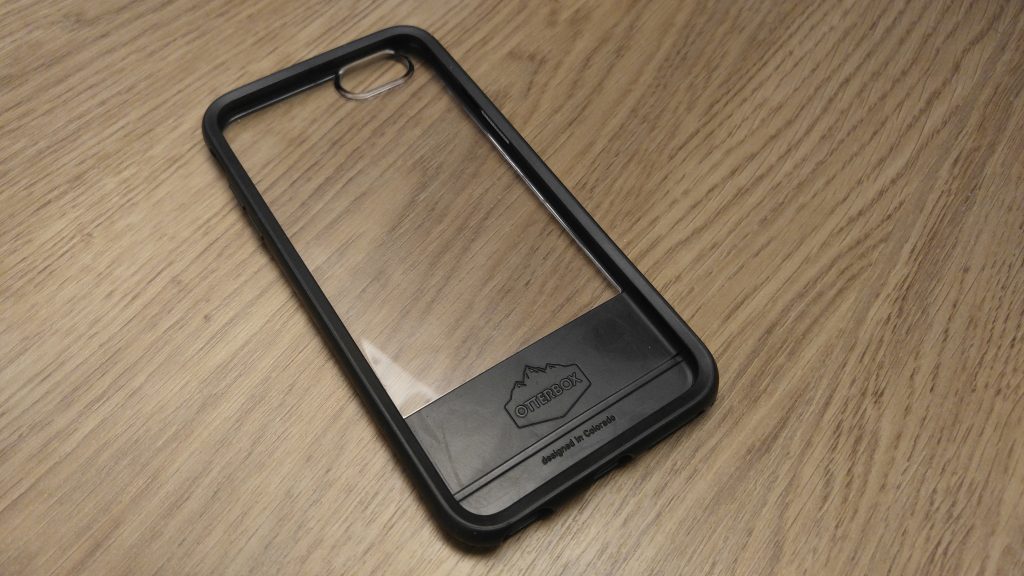 With the black version of the Statement case played on my iPhone 6s Plus it reminds me of the 1st gen version of the iPhone which had the black bar on the back and bottom. Like most OtterBox cases it is made out of a polycarbonate shell which is clear to show off your preferred iPhone colorway and has a rubber outer rim which helps with drops and also provides some grip. The part of the Statement case that stands out most is its leather rear. It can look odd depending how you look at it but it does also help with keeping the iPhone gripped as well and just feels nice. After using it for a week straight I think I have grown a little fond to it. If the black doesn’t do you justice there are three more colors to choose from such as Gray, Maroon and Blue. 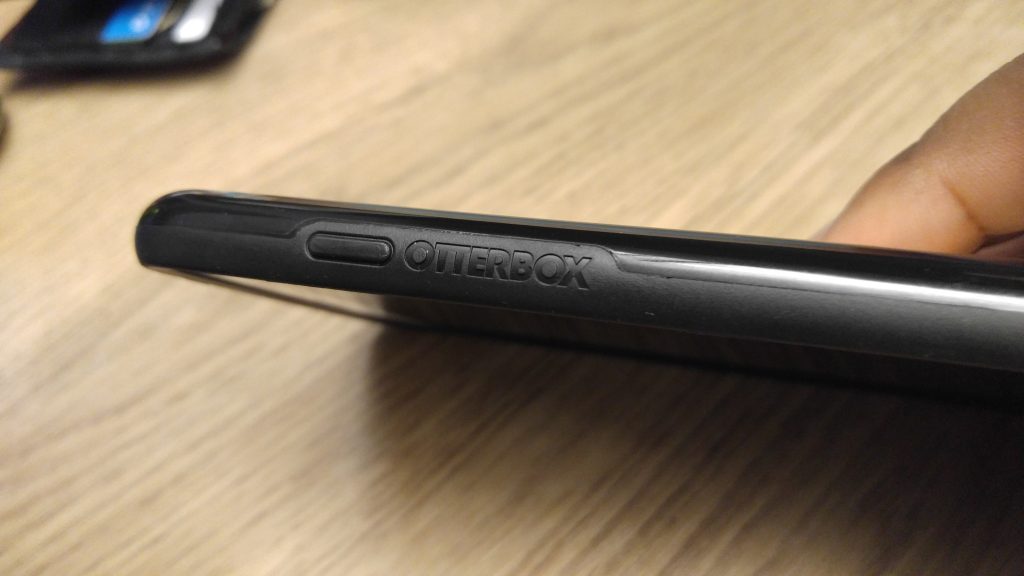 Just like any OtterBox case I have used their products are pretty strong. I have dropped the iPhone here and there and has been perfectly intact. The casing hasn’t taken any blemish or scratches as of yet and is holding up pretty good. The case itself is pretty easy to apply as well as removing. It’s an easy pop on or pull off procedure and only takes a matter of seconds. While doing so you may catch OtterBox’s branding which is only inside the case and on the left side which you could miss from far.

For what its worth OtterBox has been going through some very bold case designs over the past few years and I welcome them. As a person that while respected the Defender / Commuter series I could never get into them with all the bulk covering the smartphones. With cases like Symmetry and now Statement, OtterBox shows they can still provide protection and not go overboard with it. Not saying some don’t need it as I seen with a few. The Statement Series may not be eye-catching to some but it does have its mix of simplicity and style.