‘Tis the season to be jolly because gamers can rejoice on holiday releases this year, and which I must say is a great time to be a gamer! If your video game wish list is empty and you are lost in the sauce on what to get, here are 10 titles that should be on your holiday list. 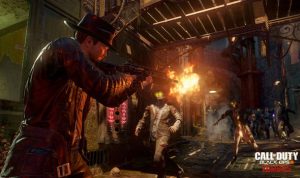 Annually this is the traditional November AAA release and also a yearly holiday special. Making its third entry into the franchise, Call of Duty: Black Ops III delivers a robust single player campaign solo or 4 player co-op with friends, and traditional Zombies is back. If you pick up the Harden or Juggernog Collector’s Edition, you can score the Giants Zombie Map, where you can relive where the Zombies craze all started, from Call of Duty: World at War Der Riese, but revamped.

Aside from the bonus content of single player and zombie mode, the multiple player for the first time includes nine specialist to choose from with specialized power ups ready to help destroy foes and rack up Killstreaks. Tons of replay value with various online modes. 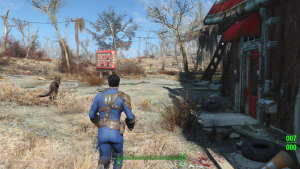 Aside from the November heavy hitter Call of Duty: Black Ops III , this holiday also serves us another huge title, which is Fallout 4. Whenever you hear a Bethesda game has been made be sure to dedicate your life to it. You will become a vault dweller within your own home, and that is a good thing since the winter is approaching. So if you are in need of a game that you can spend over 100 hours plus doing countless quests, tons of random fights, and dialogs that add to the nature of the ? Then this single player game will serve you well.

This post-apocalyptic action RPG sets you in Boston in the year of 2287, 210 years after a devastating nuclear war, in which the player you create will emerge from the underground bunker known as the famous “Vault” to go above ground on an adventure. If you’ve played Fallout 3 and Fallout New Vegas then the gameplay will be no stranger to you. If you are new, then be in for a treat.

Who doesn’t want to relive their favorite moments of the Super Mario franchise? In Mario Maker you’ll get the experience of making your Mario levels from old and new Mario games over the past 25 years. So if have that creative spirit then let your imagination of some crazy levels be released. You’ll also have the opportunity to play levels from friends or people from around the world. Also if you have some amiibo characters from other Nintendo titles you can then transfer them into the game to play with. If you are familiar with LittleBigPlanet for the PlayStation in creating your own levels, then for a Nintendo head, this will be  right up your ally for tons of hours to enjoy this holiday. 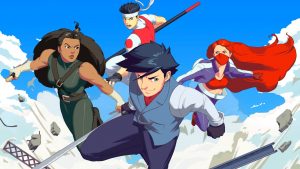 I have to hit you all with an indie of course, and let’s say this is a 2-D arcade SNK looking Smash Brothers Brawl, created by the Ground Shatter LTD, is just the right type of game to spend countless hours on with friends.

SkyScrappers is a classic arcade-style, vertically scrolling, platform-fighting game where you choose from a diverse range of extreme sportspeople, to fight and race your way to the top of a falling skyscraper… as it is being demolished. Say that all in one breathe!  To all my Original Gamers the art style will bring upon nostalgia. Play with up to four players in classic couch-multiplayer, take on the single-player campaign, or set up the game your way with AI bots and a choice of game modes. You can purchase on Steam and PlayStation Network US or Europe for PS4. 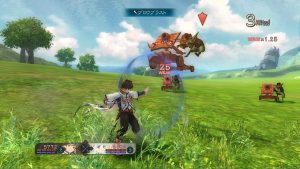 If you are a product of the 90s when it comes to the love of JRPGs, then of course you cannot leave the Tales franchise off your list. For those just looking to get a really good JRPG fix like I am, then this title alone will fill that void. Tales of Zestiria will give you countless hours of to overdose on.

The story this go around involves a young man named Sorry of whom is blessed with mystical powers and was raised by Angels who’ve sheltered him for the majority of his life.

The game play is not like your traditional JRPG of turn based but it’s unique brawler type. The game alone relies on the story of friendship and adventure so yup sign me up and take over life. I highly recommend for anime lovers. If you are a graphics enthusiasts then this title might disappoint as it was a PS3 port to PS4 and later PC but the gameplay and story should cushion. 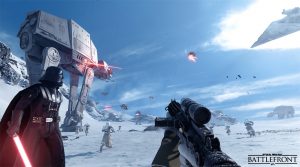 I’ve been a fan of Star Wars since “yay high” so hearing that a new Battlefront was coming to PS4 and Xbox One I was delighted. Seeing Star Wars Battlefront at E3 and then playing the Beta gave me a better in depth appreciation. I will say that this is a title to put on your list only if you have friends that will rock with you on it.

Yes, this title has the “friendship crutch”, in which you probably will only gain true enjoyment  with a group of buddies. Why? because other than that, the amount of content may not hold up the fun factor when month two rolls around. Besides that critical factor, the game is still a really fun shooter that you can easily pick up, play, and relive Star Wars most epic battles. Plus get a chance to use the force as a hero or the dark side with the supervillains. If you are a die hard Star Wars Fan and nerd out for it, then this should automatically be on your video game holiday list. 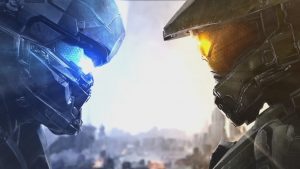 Finally we get to see more Spartans instead of Master Chief. You cannot own an Xbox One and not make sure to have a Halo game in your collection nor can you solidify your fanboy/girl ism on your favorite social discussion groups.

This time around you play as Jameson Locke (Power Man in Jessica Jones) as Master Chief has gone rogue and Locke with his fireteam Osiris is out to recover him. If you’re a fan of Halo, first person Sci-fi story along with the run and of course some multilayer of red vs blue then add it to your list ASAP. 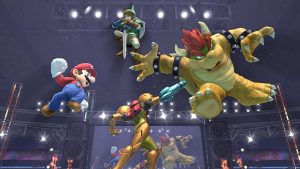 N64 vets to now this title alone brings fun no matter how old you are. Super Smash Bros. for the Wii U is a must have on your video game holiday list. If you have a Wii U you probably already own it and if not there are some pretty cool Wii U bundles floating around with the game included.

This all star Nintendo brawler has a robust of amount of characters ranging from the NES days to even third party characters like Ryu from Street Fighter. You can even. include the amiibo craze to the craziness and level up characters. With family or friends beating up your favorite characters and maybe hosting a holiday tournament at your spot will give you major kudos. Another cool factor is the title is also on the 3DS and you can even cross play and use your 3DS as a controller to sync to your Wii U.

Rise of the Tomb Raider (XBOX One) 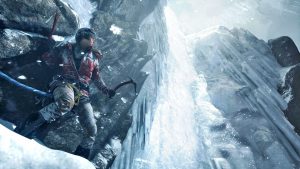 Microsoft called dibs for the first year to the sequel of the rebooted franchise of Crystal Dynamic’s Tomb Raider, so if you have an Xbox One then there is no doubt why this should not be on your video game holiday list. Aside from teasing your PS4 friends that you’ll get to play before them, you in for a grand adventure. On top of that this game alone seems to really show its beautiful graphics and may be the best looking title on Xbox One so far standing above Microsoft’s Ryse: Son of Rome.

There will be some drool over the graphics department, but the main dish served is the adventure and a dynamic style of gameplay. If you enjoyed the first installment from last gen then this one will continue. Rise of the Tomb Raider further takes you on the journey of how Laura Croft becames a badass and will put you through the rough. There will be tons of puzzle platforming, crafting of weapons, tools, sneak/stealth attacks, and the art of surviving. What is cool is even the weather has a play in the game that will affect you and animals in the wild. To survive the brutal tundra you’ll have to find a animal with a thick pelt to then craft a coat to survive. Adding those type of elements and a femme fatale to take you along the adventure ? Yup add I totally recommend. 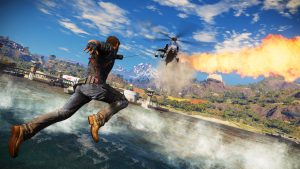 If you love open world action like Ubisoft’s Far Cry series, then this title should be an anticipating treat. If you are familiar with the Just Cause franchise then you know what you are mainly there for – gameplay and being an unstoppable cause to the enemies with a grappling hook and parachute.

In Just Cause 3, you continue to play as Rico Rodriguez in this third-person action adventure game set in an open world within a fictional Mediterranean of Medici. It’s confirmed that by the map size is similar to Just Cause 2.

So if you in for a third person action adventure fix with exaggerated mechanics almost like Uncharted for but more over the top, then it’ll  be a must for a pick up.

So what games are you looking forward to getting for your video game holiday list ?