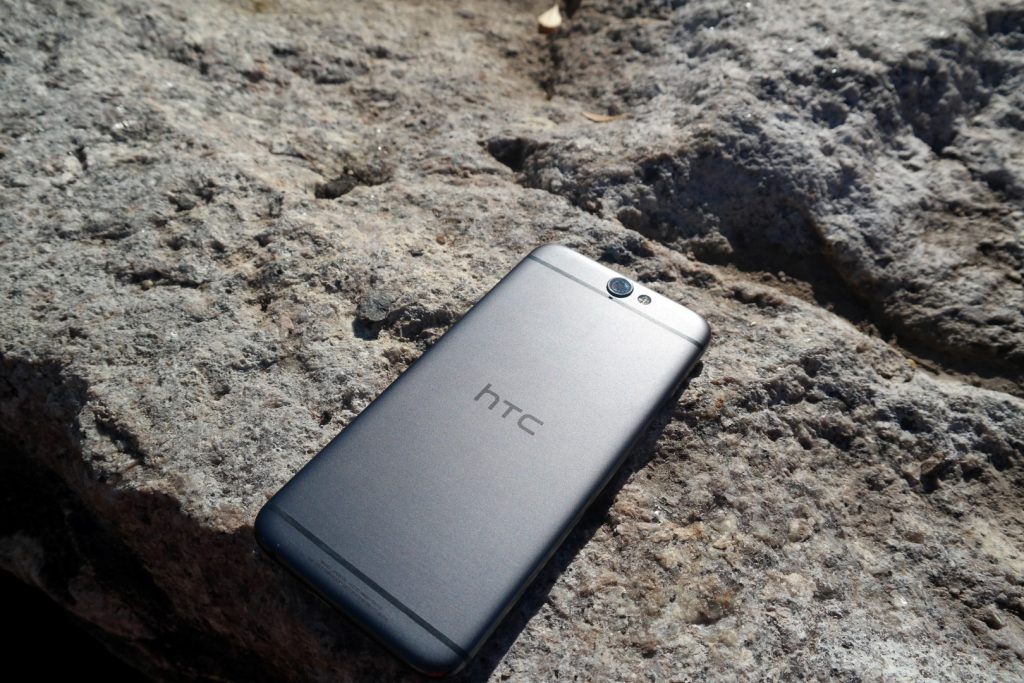 It’s been a whirlwind year for HTC because at one point they were leading the industry in conversations with their excellent built smartphones such as the HTC One M7 and M8. Last year they did release what I dub the best selfie smartphone with the Desire EYE but that was geared more as a midrange device or towards an alternate audience. Around that time they also showed off the HTC Re which in my opinion wasn’t bad and is just heavily slept on. With the release of the M9, HTC fans pretty much had enough as did I. Interestingly the HTC One A9 has caught my attention and it’s been an interesting couple of weeks playing with what some have called the doppelgänger of the iPhone and a couple of others.

If you are accustomed to the curvy width of the M7-M9 get used to the smooth and slim backing of the A9. It has a metallic unibody with smoothed curved edges and a sleek clean finish. Thanks to the removal of the curve it makes the A9 rather easy to hold in the hand. It’s actually not slippery either compared to the phones before it. The HTC One A9 feels like a premium device in your palm thanks to this and I rather it much this way than previous designs. THe A9 isn’t cumbersome to slide in and out of pockets and didn’t get tired of holding it and typing on it for long periods. 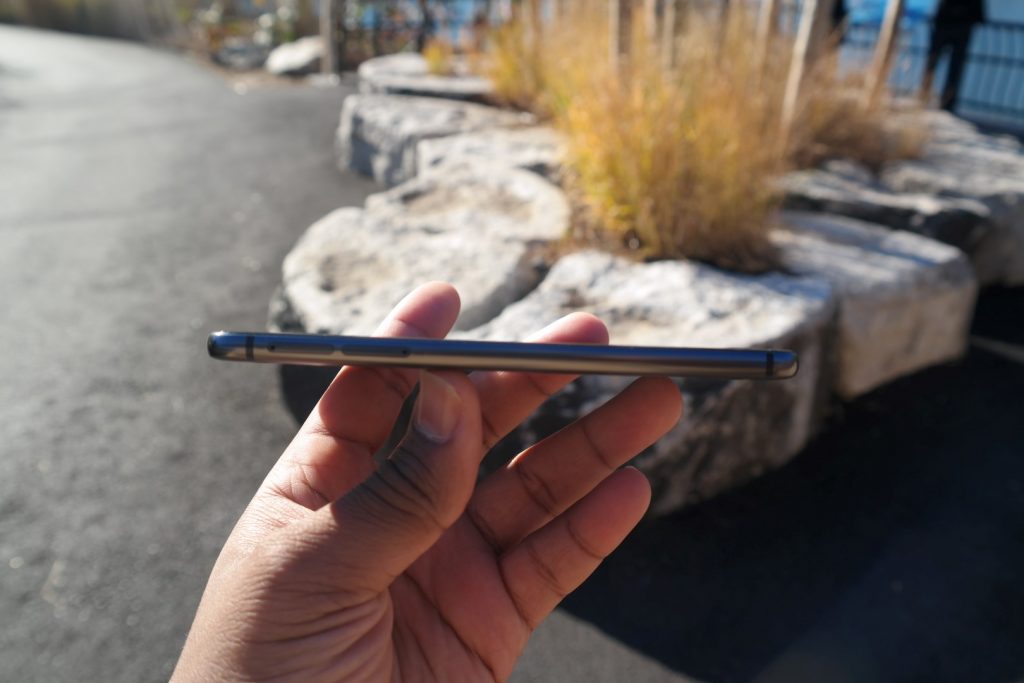 Looking around on the One A9 it has a volume toggle on the right side and a bit under that is the power button. Luckily the power button has rigids in it so there won’t be any confusion. Flip to the left side and there is slots for a nano sim card as well as a microSD slot. I just feel like if a phone this slim and light can hold a spot for microSD I can’t see why this can’t go on inside say a Samsung Galaxy device. On the bottom is a microUSB port, audio jack and a speaker. Yes HTC has done away with its trademark BoomSound dual speakers and opted for one speaker. I never thought it was a feature they do away with and they even had it on their Desire EYE smartphone last year just designed slightly different. On the top is just a long black bar. I thought it was originally an IR blaster which they have kept on their other devices but that’s been omitted as well and this is apparently for signals. 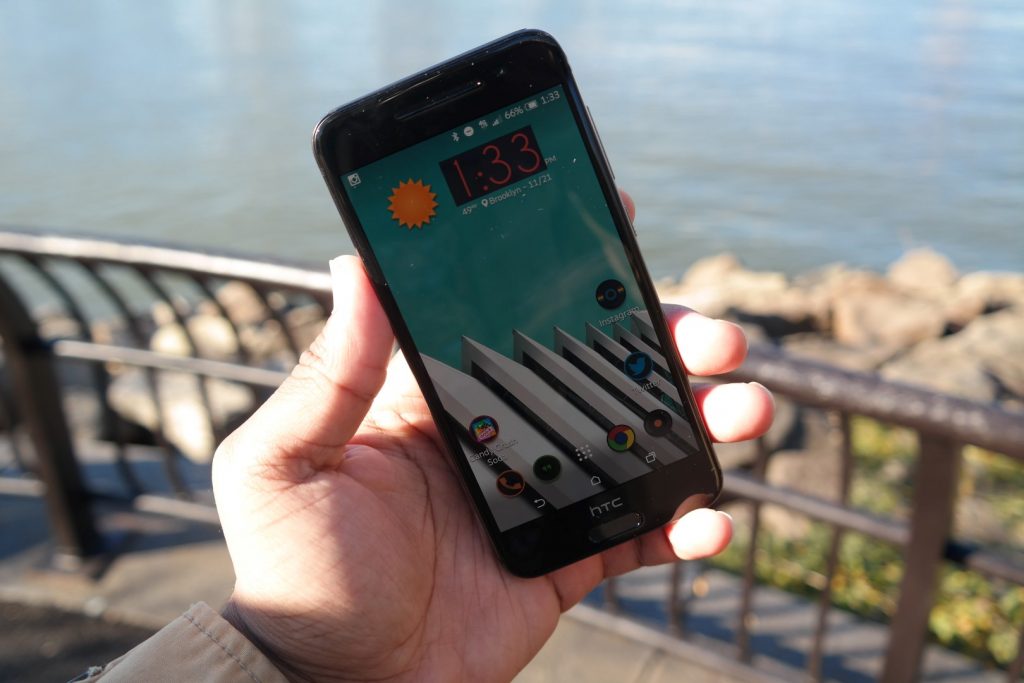 You may or may not be surprised but the A9 has a 1080p 5” display with 441ppi like the M9 but just with an overall slimmer body. It is covered in Corning Gorilla Glass 4 and its pretty strong as I have dropped it accidentally a couple of times. They have decided to go with a AMOLED display on this rather than their usual LCD which has produced slightly brighter colors and deeper blacks which is cool and looks fine on this device.

As this is geared as a mid-range device it does have a mid-range processor in it with a Qualcomm Snapdragon 617 chipset. Alongside that is an Adreno 405 GPU and 3GB RAM. With this combo of specs you won’t be getting the fastest smartphone on the market but it will be adequate for everyday tasks. Of course if you try to run everything under the sun on it at once and even some intense games it will noticeably lag a bit. Also if you decide to get a 3GB RAM version it comes with 32GB storage(2GB will get you 16GB storage). One thing that’s great is the storage can be expanded up to 200GB thanks to that microSD slot. It can even be “comboed” into your internal memory theoretically. I’ll get more into that on the software side.

The HTC One A9 has a very small 2150mAh battery and seems to be one of the smallest battery I have dealt with in a smartphone in quite a while. I can pretty much burn through it while on a train ride playing games and constantly keeping the screen on. Thankfully the A9 has Quick Charge 3.0 so I can able to get back to full battery life fairly quickly. But the small size is still a nuisance though. 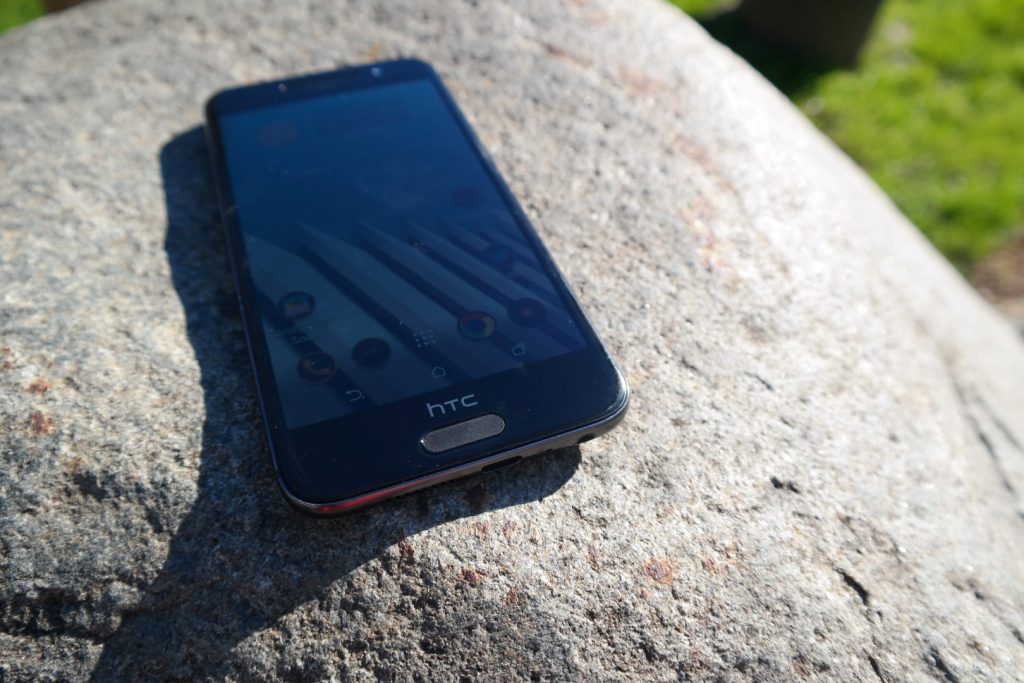 The Home Button this time around is more capacitive and doubles as a fingerprint scanner. Adapting to the feel takes a bit of getting used to but I found it pretty fast and responsive once I used it more often. 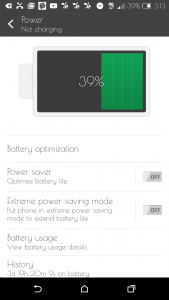 Android 6.0 aka Marshmallow is where the HTC One A9 shines and you actually get to see it more in play then say on the Nexus 6P for various reasons. While of course this is Sense 7.0 with Marshmallows melted on top of it you it runs pretty good. Sense is more quiet this time and not as overbearing as it used to be. This results in a pretty speedy and clean experience with the OS this time around. HTC’s Blinkfeed is still in effect and I use it time to time when I remember. Doze is a great feature for standby time on the One A9. Sometimes I will forget to charge this phone and have left it alone for days. I’ll grab it and it’s still alive and kicking. Of course Doze would benefit from a much larger battery size but it definitely saves the life of this small one at times. Another feature as I was mentioning earlier is “comboing” your microSD storage with your internal memory or as they call it “Adopting”. It basically reformats the storage and lets the A9 think it’s all together as one device. If you are the type that never swaps out memory cards and seeing how cheap they go lately this is easily a win right here.

It’s been awhile since I used a HTC camera as they have felt off the scene with their software for a bit.  Luckily the One A9 is heading in the right direction with its 13MP shooter on the back and 4MP on the front. I did find the A9 great for taking shots with nice lighting especially outdoors. Outdoors images came out clean and detailed with color. Night time shots weren’t bad but anything involving lights it seemed to pick up the glare from it which wasn’t all that great.

Video wise you can record in 1080p and there is also the option to use HyperLapse. No additional app needed and it’s built right in. I took about a 20+ minute video of me walking on my lunch and on the way edited it and shot it straight to YouTube. it was pretty quick and easy I must say. Below you can catch a 1080p recording as well as one I did in HyperLapse.

I must admit I liked the HTC One A9 a bit more than I expected and probably a lot then my fellow tech peers around me. The A9 feels like a very well put together device no matter the “iPhone” comparisons and I like this direction that HTC is going in. Of course I would love for them to bring back BoomSound speakers and put in a larger battery as well. Pricing alone could be a killer for this device even with some of the Black Friday / Cyber Monday deals going on right now. Sense 7 mixed with Android 6.0 brings together a great OS and feels great if only backed with a stronger processor and larger battery. If you can find a good deal on the A9 and looking for something different other than the realm of Samsung or Motorola then the A9 would be a good fit and one of my favorite HTC devices in quite a while.

The HTC One A9 is currently $499.99 unlocked or pricing varies with other carriers HERE. Also like the HTC One M9, the A9 comes with one year of UH-OH Protection. If you switch carriers, damage your screen or even have water damage HTC will provide one replacement free of charge.