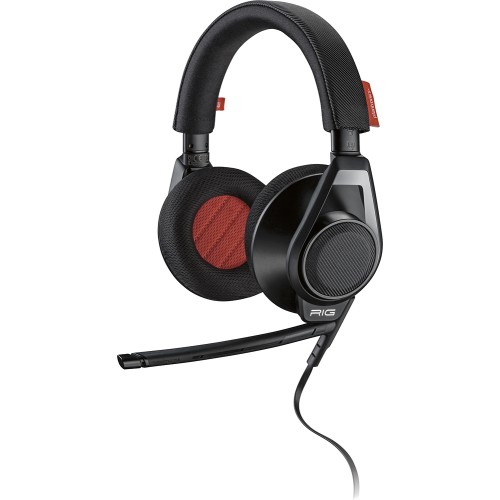 The RIG FLEX LX is the latest set of headphones they gave us to try out for the XBOX One. They look really good and they’re a great set of inexpensive mid range headphones at just $129. 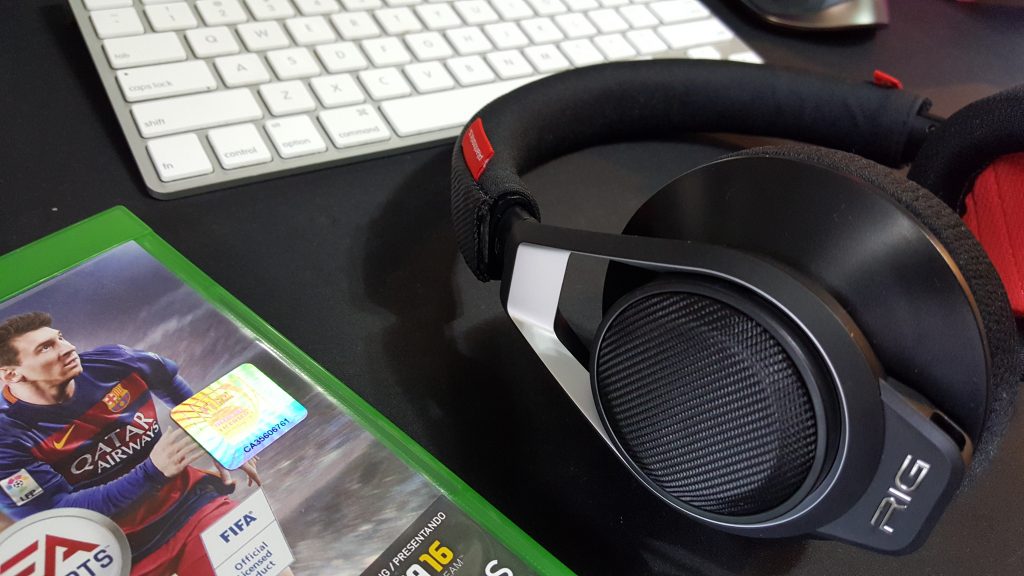 The RIG FLEX LX headphones have a pretty standard design for a set of headphones. Nothing over the top and nothing like the 500e’s which are modular and futuristic looking. The thing with the design here is a moderate style with an emphasis on the durability. When you pick these cans up you can feel just how strong and sturdy they are. You got that hard plastic for strength and a woven material that wraps around the headband and outer earcups for style. These headphones are made for the rigors of everyday gaming which is what I gather when I look at them and when I use them. Since I’m a geek I’m going to analyze these headphones by its components.

We’ll start with the earcups. The earcups for the most part are really comfortable. The material for the earcups are soft yet firm so they aren’t sliding all over your face. They’re made of that same material on the headband and outercup but not as tightly woven. So you have a little give in them for comfort since they’ll be potentially sitting on your ears for hours. I was able to play games for quite a long time and my experience was pretty good and I didn’t have to make a bunch of adjustments to my headphones from time to time. So if you go out and pick these up just know you’d be getting a comfortable set of earcups to get your game on with. 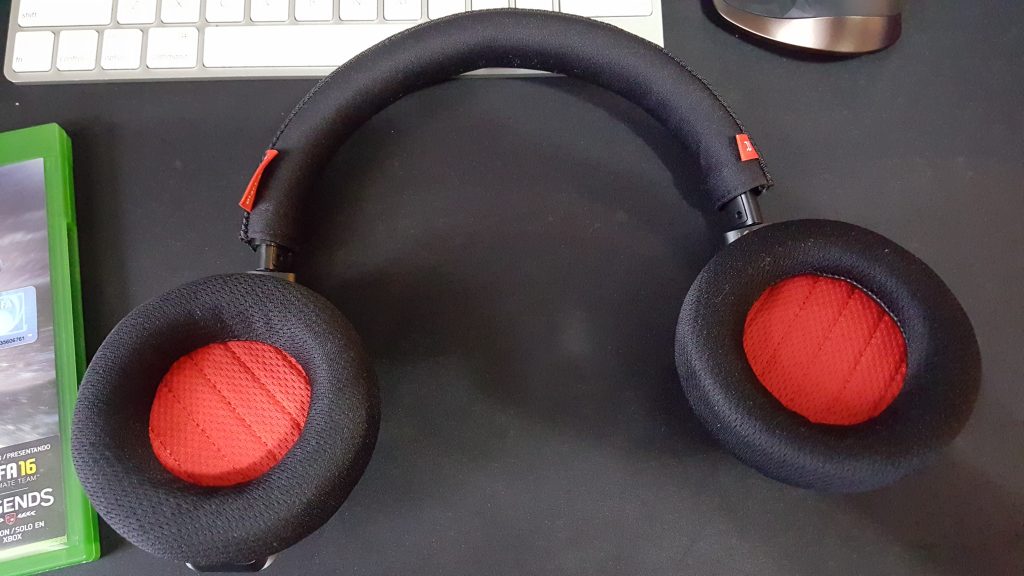 The headband on the Rig Flex is where comfort kind of gets lost. I had Rig Flex’s on for a few hours and the top of my head really began to hurt after a while. There is little, okay there’s no cushion for the headband at all. They’re the most uncomfortable element of these headphones. I actually had to wear a baseball cap after a while to take away from the pressure and discomfort of that headband and if there was a reason not to use these headphones then that would be it. I’m just wondering why they didn’t use a cushioning foam but oh well.

There was also some tightness with these headphones and I had to take them off once or twice because my head would hurt a little but that could just be because they were new so that wasn’t a big deal. I also would have liked if these earcups had replacements if they get damaged or just worn out. Not major issues or even really issues at all but for $129 bucks, my complaints are kind of nitpicky so don’t read too much into it. Onto the sound. 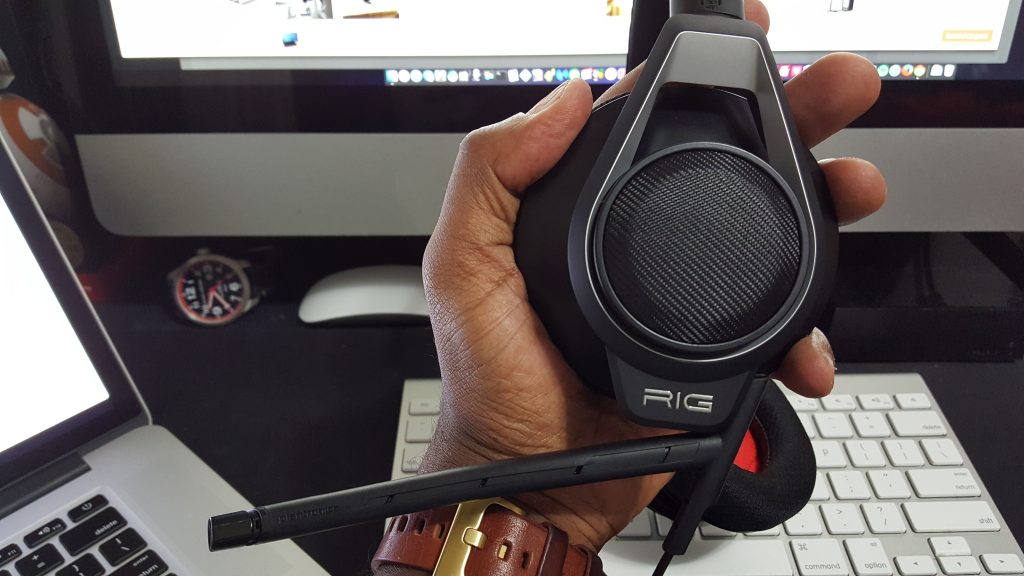 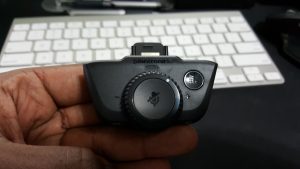 The 40mm drivers inside the Rig Flex earcups give you a big incredible sound for your games.  These particular Rig Flex’s are exclusive to the Xbox One and with those 40mm drivers in the earcups, you also get a sound card USB attachment for the controller with an EQ that has three settings (Bass boost, mid range and high frequency). The sound card also allows you to control the chat audio and game audio independently based on how you like to play your games which is cool, because you can do it on the fly and you don’t have to deal with the inconvenience of having to pause or interrupt your game to go into the menus to deal with your volume and audio settings. This really makes the RIG a dope set of headphones for the XBox ONE. PS4 users you can use these too but without that sound card you don’t get what XBOX One users get so, sorry PS4 users.

The mic or the “Boom” mic as it’s branded attaches itself pretty discreetly to the headphone jack on the back side of the left earcup. It’s not intrusive and out of the way and at the perfect distance from your face. You can speak freely and the mic will pick up your speech fairly well without you sounding like you’re on speakerphone. Listening to my own voice in my twitch feed or my playback on my YouTube channel sounded clean. It interrupted although every now and then, also I heard my voice kind of drift off because the mic is not adjustable but again, everything sounded good. Great overall sound and very good mic. 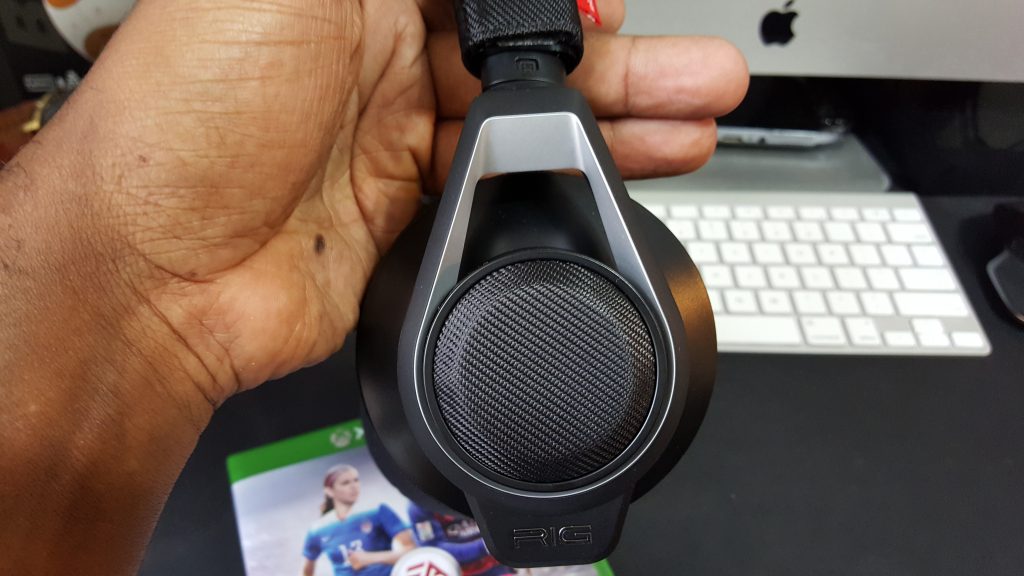 The RIG FLEX LX is a solid set of gaming headphones. A price of $129 is not a lot to ask for a set of quality gaming cans with an adjustable and independent sound card as well as a detachable mic that you can use for your gaming and music needs. The sound quality is that of a more expensive set of headphones, not that cost makes it better but Plantronics could justify charging more for these cans. They kept it affordable without compromising much at all. There some things that I didn’t like, for instance, the headband was incredibly uncomfortable. I wish that they would have used a softer foam to make it more comfortable. I didn’t like that there isn’t a way to replace the headphones once they get worn out so you’re kind of forced to take extra care of these headphones because once they’re damaged, that’s it. Lastly, even though they didn’t affect how I sounded overall, I wish the mic was adjustable. I like being able to adjust my microphone and I couldn’t which kinda sucked. Keep in mind that my issues with the RIG Flex’s are minor things and my personal annoyances and shouldn’t be yours. Even with those “annoyances” the RIG Flex’s are great headphones that I would absolutely recommend. It’s my second set from Plantronics. My first are the RIG 500e’s which you can read about here. Plantronics makes affordable not seem cheap if you know what I mean, so if you have an Xbox ONE you won’t be mad AT ALL to have the RIG Flex LX.