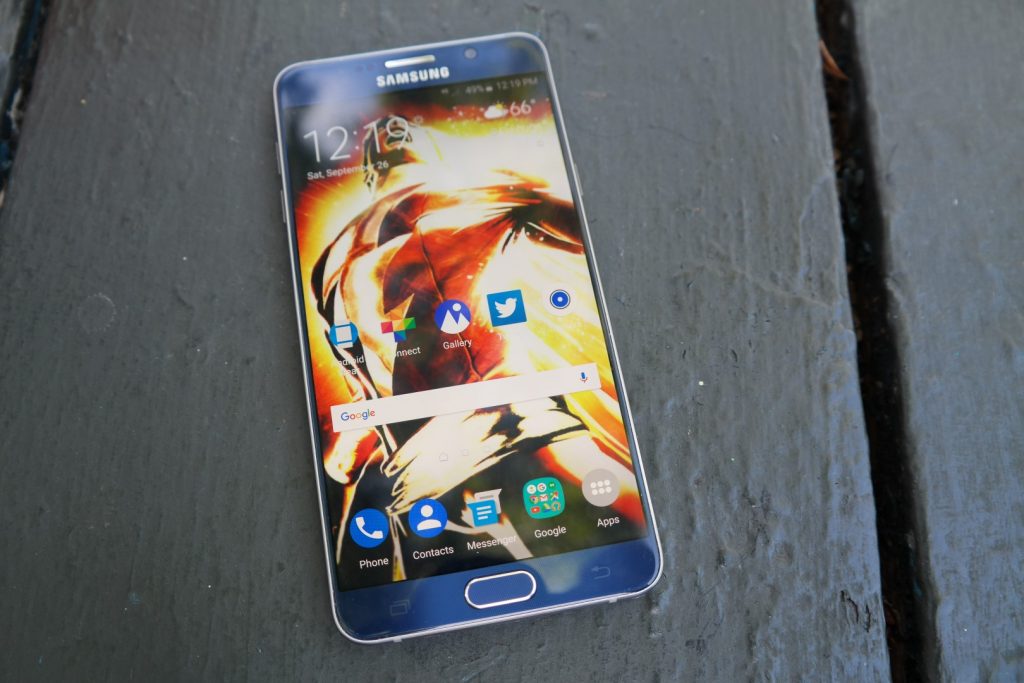 When the Samsung Galaxy Note 5 was announced(alongside its reverse curve sibling S6 Edge Plus) it picked up its full glass body, omitted battery / microSD swaps, but added on quick wireless charging, and some other tidbits. So with all these changes does the Galaxy Note line still reign as one of my favorite Android smartphones? 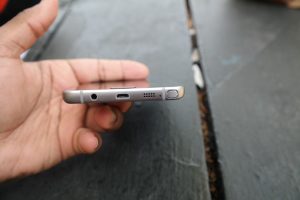 Gone is the leather backing and is now replaced with slightly curved glass on the rear. Depending on which model you have may showcase carrier branding or like the international model I’m using sans any logos. Samsung manages to make their devices thinner every year and the Galaxy Note 5 is no exception. Hardware layout is still the same with volume buttons on the left and power button on right. On the bottom is spots for a headphone jack, microUSB port, speaker and of course your lovely stylus or should I say S-Pen. Flipping to the back you have a protruding 16MP camera and LED flash. On the front is the capacitive menu and back buttons and who can miss that great home button. This year Samsung brought more emphasis to the Home button which now has more click and even feels better to use. Fingerprint scanning and double tapping for photos work better than ever. With all that said, you get a well structured full glass body on the Galaxy Note 5 with a superb metallic strip to circumnavigate the smartphone. I feel that bit of metal helps provide a better handle on the device as well.

Screen size hasn’t really changed on the Samsung Galaxy Note 5 as it’s still a 5.7″ SUPER AMOLED display. What’s good is they were able to slightly shave the weight down a bit to make it lighter and appear bigger. It’s still a 1440 x 2560 pixel resolution but the ppi has slightly gone up to 518ppi. The display is still gorgeous and colors pop on it whether you are looking at photos or watching some killer videos in HD or better yet 4K, if you can find the content.

Earlier this year Samsung had been concerned with Qualcomm Snapdragon processors and opted for its own Samsung Exynos 7 Octa 7420 chipset. It’s not the first time they have used them in their smartphones as they were always in their international models only. Samsung decided this time around they use the ARM Mali-T760 MP8 GPU instead of one from Adrenos. This also is the first Samsung device to be housed with 4GB RAM but very interesting how they shaved the battery to 3,000mAh and its non removable. Being this is a multitasking device you would expect them to not removed other features but sadly microSD storage is gone as well. Seeing how I dealt with the OKAY battery life and eventual hotpocket heat coming from the Galaxy S6, I kind of expected the same thing here and was thankfully wrong.

This device held up pretty good in various conditions and its battery was ten times better than I dreamed. I didn’t find myself running to the outlet as much but even then having the choices of either wireless charging, quick charging or wireless fast charging(unfortunately didn’t have a pad to test) I didn’t fret too much. Within an hour or so I would be up to full capacity and if that was the risk for losing swapping batteries I rather deal with that. 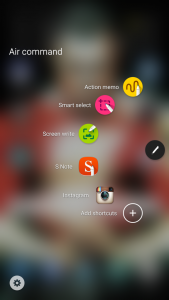 I may have to finally say this is the best version of TouchWiz imaginable. Now I been using Galaxy Notes since version 2 and the Galaxy S line since Number 4 and I realistically got used to the software. This deemed to be a ton of features, occasional lag, etc. Samsung may have gotten it right with pushing anything TouchWiz in the background and letting you enable what features you want. It’s possible the huge 4GB RAM, change of processor and removal of external storage may help with this feat too.

Android 5.1 aka Lollipop on the Galaxy Note 5 works good with TouchWiz and helps bridge that multitasking and functionality that are you expecting from this device. Multi-Window runs smooth and Fingerprint Scanning has improved drastically. Setting up a finger doesn’t take as long and unlocking is as easy as 1,2,3. The raised Home Button can also attribute to that.

If you are a fan of the S-Pen this maybe your favorite stylus yet(just don’t put it in backwards). The pen is now symmetrical so you practically can’t slide it in the wrong way. Writing with it is easier thanks to the new precision points and Smart Write, Smart Select and other features work fine. You can even add additional apps to your Air Command if you don’t want to navigate other menus. One of the best features I have to though is the Screen Off Memo. Just pop the pen out and start writing. No launching an app, unlocking the phone, its quick and easy.

Whether you want to admit or not, Samsung can be crowned the king of smartphone cameras. They have basically kept the same camera specs as the Note 4 with a 16MP shooter on the back and upgraded the front from 3.7 to 5MP. You can still shoot 4K on the back while using 2K on the front when needed.  Their software is some of the best out there for it and their phones just take great pictures. It’s hard to deny this in any way shape or fashion. Sure you will get that occasional over saturated bright look at times, but it’s still better than a lot of smartphone shooters out there.

Like the Galaxy S6 there is Pro Mode for advanced camera users but this time around you can also use what they call Live Broadcast. It’s essentially Periscope but broadcasts directly from your phone to YouTube. It shoots in up to 1080p and you can choose to use either Invites or go Public. You can also save the videos on your device as well. Not something I really used but I can see others going crazy with it.

The Samsung Galaxy Note 5 is available across all carriers in the United States and abroad. I have been using an international model with a T-Mobile sim and switched it over to a AT&T sim at one point and coverage has been great here in NYC. I haven’t experienced in any dropped calls on either carrier and bandwidth downloading has been great at around 40mbps at times depending on location. Check AT&T & T-Mobile coverage areas to see how they fare for you.

Even with its deletion of external storage and swappable batteries, the Samsung Galaxy Note 5 is still a gem of a phone to use. Its speed and functionality has increased seemingly thanks to these hardware removals and also the additional strengths of RAM and processing power are concerned. Usage of its S-Pen has increased and the Galaxy Note 5 takes some of the best pictures of any smartphone period. It has a premium look, design, and feel to it and can be garnered one of the best smartphones of 2015.