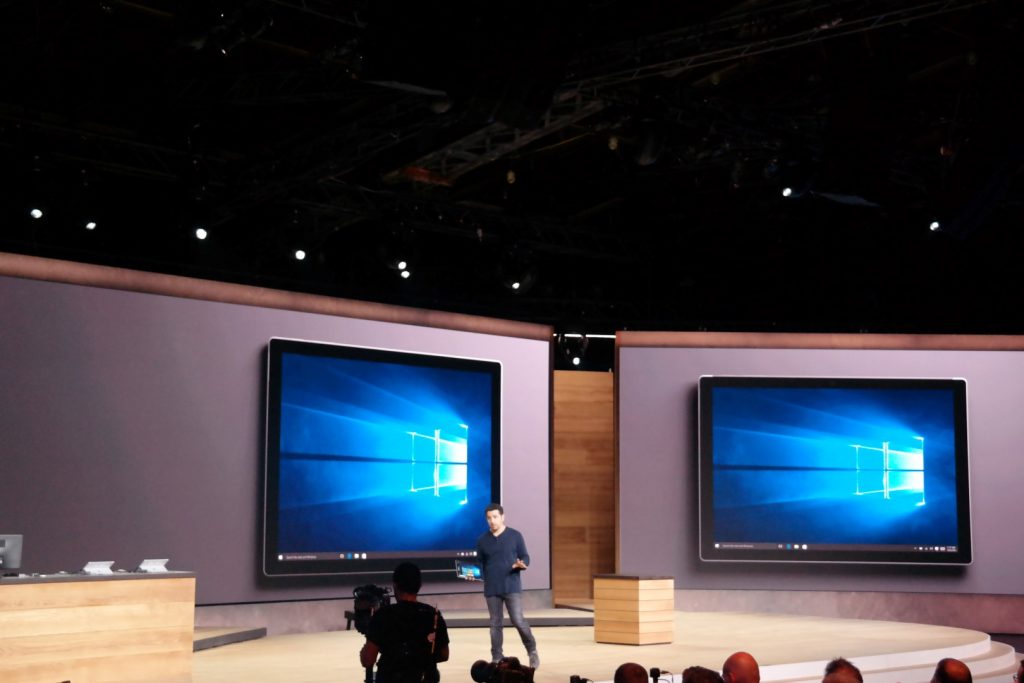 Tuesday October 6th could be considered Microsoft Day, but in reality it was Surface Day. Sure there were was a cool demo for HoloLens, new Lumias and a new Band but the crowd didn’t go crazy until we heard about the successor in the Surface line. Microsoft’s Surface Pro 4 was announced too much fanfare and it didn’t disappoint. It has a thinner design, better display, and of course more powerful than ever.

Microsoft is using what they call a PixelSense Display for their 12.3″ screen and is coated in Gorilla Glass 4 on what’s considered one of the thinnest ever used. Its rocking a 6th Gen Intel Core processor that can be selected in either M3, I5 or i7 iterations while a Intel HD graphics card of either 515(M3), 520(I5) or 540(I7) can be selected. Ram selections come in 4GB, 8GB or 16GB. SSD goes from 128GB to a whopping 1TB which is pretty crazy but also fetch you a hefty price. Other features are a redefined Surface Pen with an “eraser”, up to 9 hours of Battery Life and the Camera has been improved to feature “Windows Hello” for the front faced authentication camera. The back will have a 8MP camera with capabilities of shooting 1080p. The new Type Cover 4 has been vastly improved with more space between the keys for typing and a stronger more solid build overall. 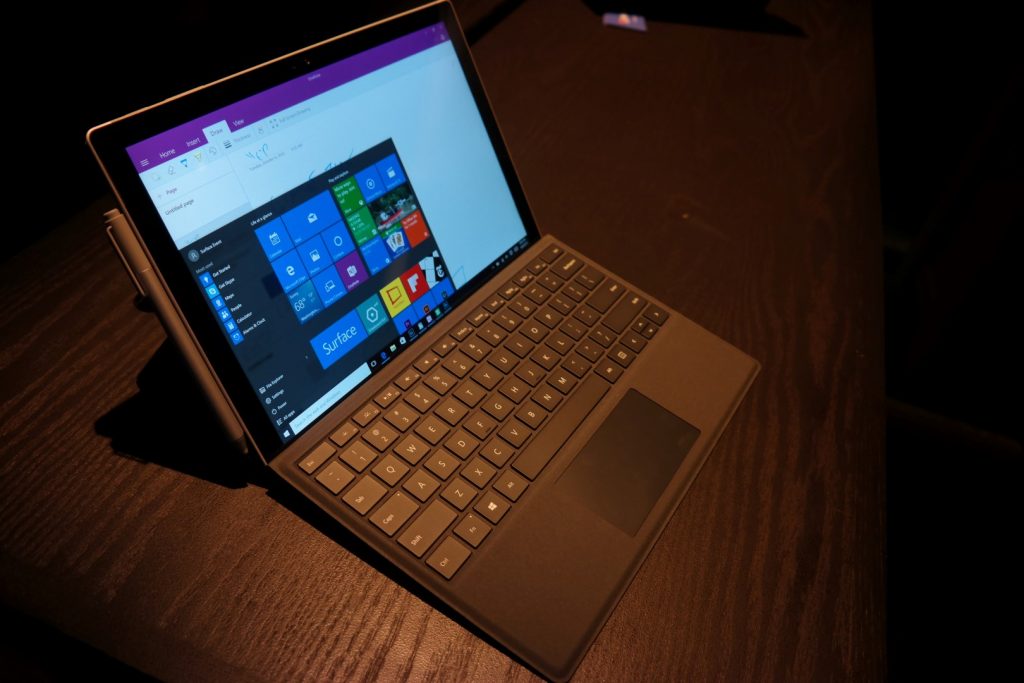 For someone who has been using the Surface Pro 3 since Day 1 of its inception its great to see that Microsoft hasn’t strayed away from what made the device great in the first place and decided to add on little things such as better performance, display, and the magnetic attachment for Surface Pen. No more dangling from the size of the Type Cover. I’m liking the new spacing of the keys on the Type Cover 4 and will be nice to see how well the Type Cover 4 with Fingerprint Scanner works as well. What’s great about these Covers is they are supposed to be backwards compatible with your Surface Pro 3 and vice versa.

Just when we thought the Surface Pro 4 was going to be the defining moment for Microsoft, they come out of left field with the simply dubbed “Surface Book”. When we first saw video it was dubbed as being Microsoft’s first laptop but like the Surface Pro 4 it is also detachable via the screen to make it a tablet. It’s display is 13.5″ with PixelSense and having 267ppi. It comes in 6th Intel Core flavors of I5 or I7 and choices of 8GB or 16 RAM. It retains other features on the Surface Pro 4 such as Windows Hello, Surface Pen, Front stereo speakers, but also has a SD card reader, 2 full size USB 3.0 ports and a Surface Connect port for power and docking. 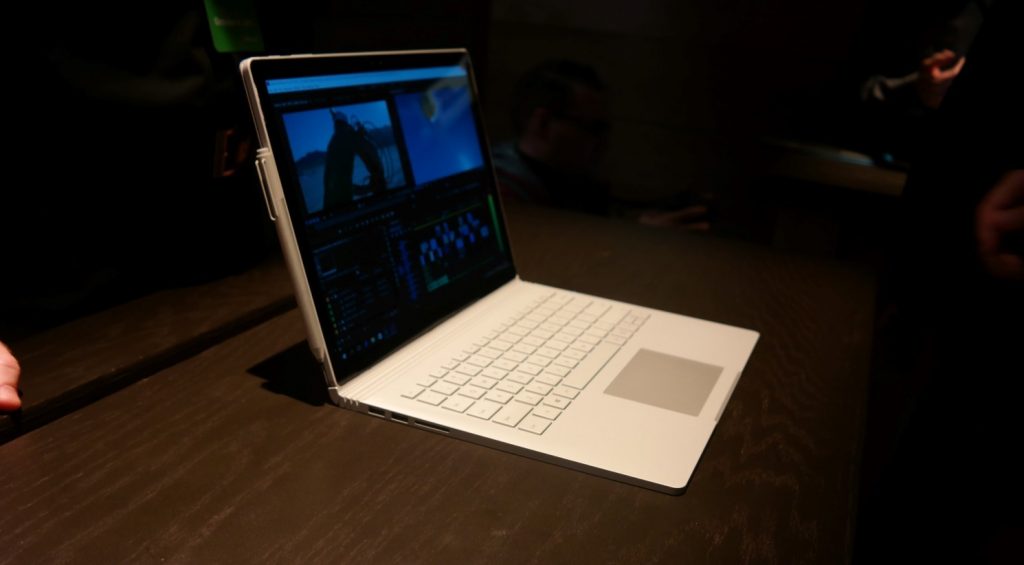 If you are looking for a more traditional laptop the Surface Book would be a good gamble. Besides that it has some of the killer specs out for the end-user in mind. The fact you can get up to a TB of space on this device and still keep it thin and light is crazy. Also difference between this and the Pro 4 is that it uses a mechanism hinge to detach. You can’t just pull it apart and have to bring a button on the keyboard to do so. Some people are wondering the Surface Book will serve a purpose as a few have asked me if it’s just a glorified Super Surface Pro or something but it remains to be seen and what audience it will gather. I think there will be a place for it somewhere.

Both devices look great and feel like they have a terrific build quality to them. It will be interesting to see if traditional laptop users will journey over to the Surface Book and also if they will also some of those away that are already Surface Pro users. The Surface Book seems to have that bit of extra you wanted in a Surface Pro but just at a hefty price difference.

Did the Surface Pro 4 and/or Surface Book amaze you and have you put in preorders on either device?