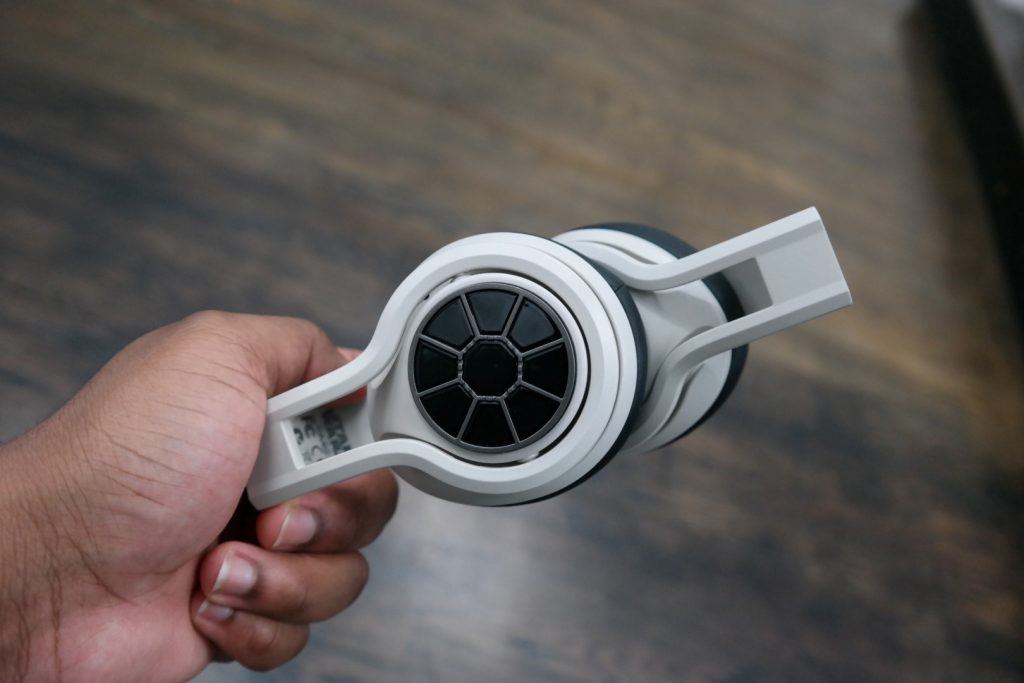 It was a little over a year ago rapper 50 Cent’s SMS Audio headphones company announced they were teaming with Lucasflim to create licensed Star Wars headphones. Since that time they have also partnered with Disney to be the official headphones of their theme parks and have come out with Series 2 Star Wars headphones. Has much changed since Series 1 and are these garnered more for the Star Wars fanatic, music listener or both? 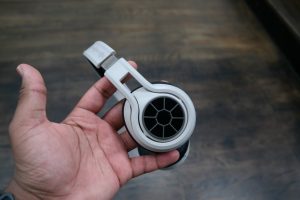 The pair I received to cover are based on the signature Tie Fighter planes seem all through the Star Wars franchise. They have the spiral design you see on the outer part of the fighter planes on the earcups and its color design of smoke gray with black for the earcups. Under the headband is some cushion and on top is the SMS Audio name embossed. There are some Star Wars logos on the mic piece and inside the headband.

They feel well crafted and not cheap by any means. That’s always a plus when first grabbing headphones. I hate that cheap plastic feel and luckily these don’t disappoint. Ear cushions feel like memory foam so they don’t put much pressure on your ears thankfully. They come with a stand audio cable, carrying case, and miniature poster. Everything a Star Wars geek needs in their life. 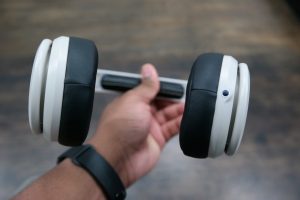 This is the first time getting my hands on SMS Audio headphones and I have to say these things pump out sound. Sometimes so much I need to make sure I decrease the volume and not blow my eardrums out. They provide some nice bass while not too heavy and clarity on the sound isn’t too bad. Even though these are considered on-ear headphones I have small ears so they tend to cover most of my ears. When I crank the sound I realistically can’t hear anything else around me. While it’s not say a noise cancelling effect, it does the job on the crowded subways in the morning. They are great headphones for those that listen to EDM, Hip Hop and maybe some Pop. As with most of these headphones I wouldn’t say they are catered towards other genres such as Country or Jazz or similar.

I been wearing these for the past week as my go-to headphones to see how they hold up. Wearing them for extended periods of time didn’t provide any discomfort. Since it is a memory foam material and its summer my ears did get sweaty at times. But then again that’s the price of not rocking earbuds in hot weather. Most of the time I didn’t carry around the case but it was okay since they were collapsible headphones and I’d just throw them in my bag.

Surprisingly I enjoyed these more than I thought so. Usually you see branded headphones like these and they are lackluster but SMS Audio has a winner on their hands with these. They cater to the person that loves their tunes and also the Star Wars collector or geek of sorts. If these Tie Fighters don’t tickle your fancy at $179.99 they have other designs featuring Darth Vader, Chewbacca and everyone’s favorite robot R2-D2. Be interesting what Series 3 will look like if they make those and if you want a pair I suggest you grab them as Series 1 is gone and in a galaxy far far away…