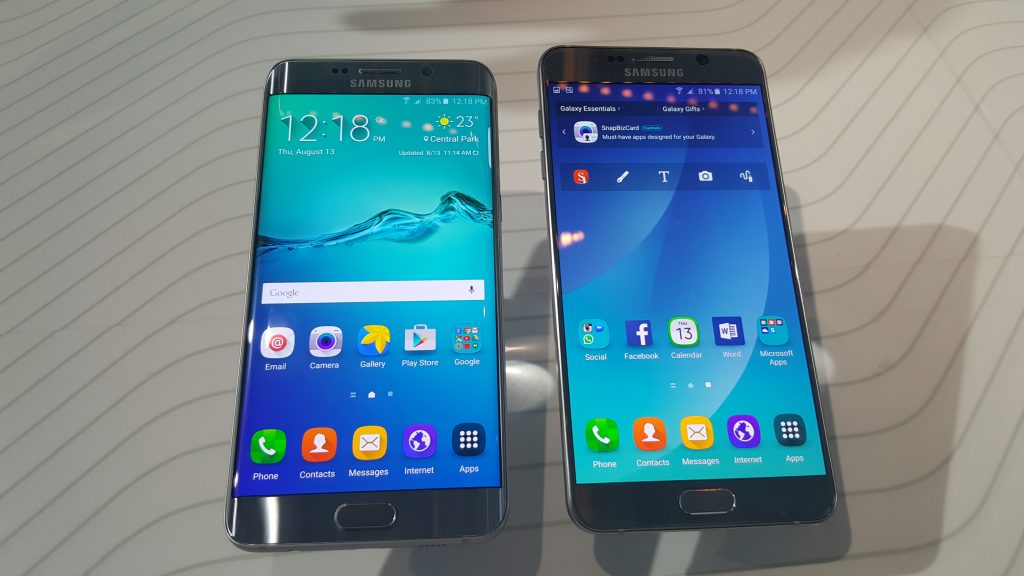 Samsung was in NYC yesterday to unveil the new Galaxy Note 5 and the S6 Edge+ which is the big brother version to its smaller counterpart. While nobody was surprised about what Samsung announced, we were pleasantly surprised by the new look of these new phones.

The Note 5 and the S6 Edge+ are gorgeous, especially the new S6 Edge+ which should win a lot of people over just by how well-built, light and sleek it is. 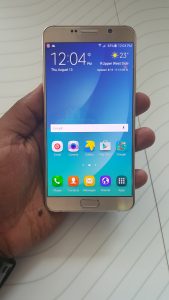 Samsung chose design over storage and battery life this time around and as much as you may think that’s a bad thing but when you see these new phones you’ll understand the reason for the tradeoffs. The internal specs weren’t the focus of the keynote today as much as the features of each phone were. Samsung was a little vague about the specs today but here’s what we do know. The Note 5 and the S6 Edge+ are pretty much the same. They both have 8 core CPU’s and 4GB of RAM. Both are rocking the same Quad HD Super AMOLED display which is still the best display of any phone on the market. Period.

We also know that the S-Pen has been redesigned and the functionality has changed a little bit. With the new S-Pen you can write on the screen to take notes while the phone is in standby mode, meaning screen off. The new S-Pen feature also allows you to change the apps that you want to use in the air command menu unlike before when you couldn’t. Scroll capture was another feature that allows you to copy images on-screen that are longer than the actual screen itself. This is probably where you’ll first notice a difference in these two phones. The S-pen is ONLY for the Note 5 and not the S6 Edge+. 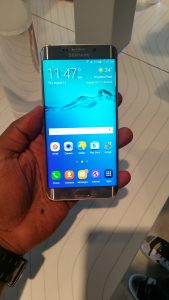 The Note 5 and S6 Edge+ both have 3000 mAh batteries housed inside them which is part of the tradeoff that I mentioned with both phones being redesigned. It’s a small battery for a phone of this size but Samsung has made both of these phones wireless charging capable and they hope that this feature added to the phone will nullify the negative of the smaller battery.

Lastly, the cameras. These two new phones are both rocking 16MP rear cameras capable of 4K video and 5MP front facing cameras. We know what to expect when it comes to Samsung and their cameras for their smartphones. They get this right every time if not anything else and I imagine nothing with change here. The inclusion of OIS (Optical Image Stabilization) to this camera now makes it exceptional on paper. It remains to be seen how it works out. We’ll let you know for sure in the full review.

The Note 5 and the S6 Edge+ are the crown jewels for Samsung. You’ll see that if you decide to pick up either of these phones and make it your daily driver. They are beautifully sculpted, light yet durable, amazing camera, best screen of all smartphones, powerful and full of upside. The downsides are of course no expandable storage, a fingerprint magnet and a small battery. These are big problems as I see it but who knows? We could get a great experience with either one.

The timing couldn’t be more perfect for Samsung considering Apple will be unveiling the iPhone 6S next month. Will these new phablets be enough to be pester Apple? I don’t know but Samsung has a good argument for why their phone is best.