Quentin’s Eighth film, almost wasn’t made. After an online script leak, the writer-director was so furious he had scrapped the project altogether. Sometime after and deciding to make the best of a bad situation, the director stages a public three and a half hour live-read of the script. Sure enough, after its well received reception decided the go-ahead after all. 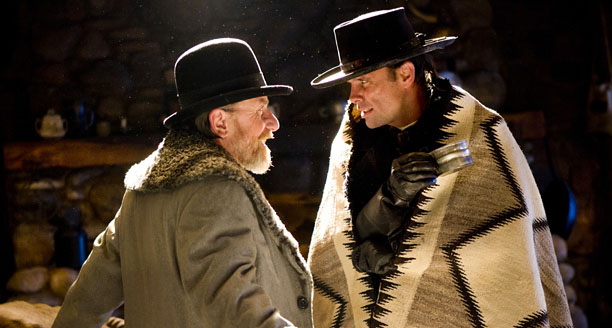 Filmed in 70mm film, Tartarino’s Eight looks visually stunning. Reportedly inspired by TV westerns like ‘The High Chaparral’ and ‘Bonanza’ with some surprising cast choices, I’m looking forward to see how everything unfolds. 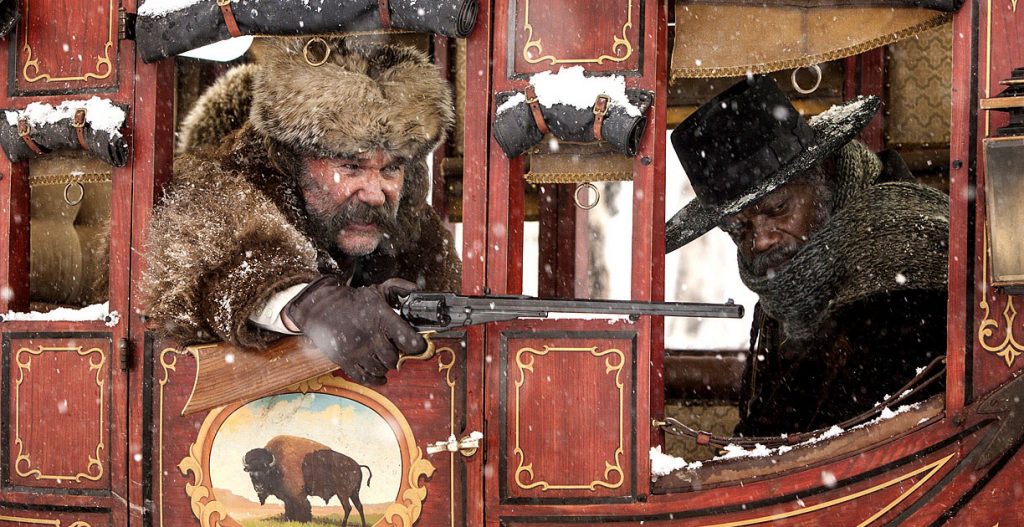 What’s it about? Well here is the film’s official synopsis

In The Hateful Eight, set six or eight or twelve years after the Civil War, a stagecoach hurtles through the wintry Wyoming landscape. The passengers, bounty hunter John Ruth (Kurt Russell) and his fugitive Daisy Domergue (Jennifer Jason Leigh), race towards the town of Red Rock where Ruth, known in these parts as “The Hangman,” will bring Domergue to justice.

When they arrive at Minnie’s, they are greeted not by the proprietor but by four unfamiliar faces. Bob (Demián Bichir), who’s taking care of Minnie’s while she’s visiting her mother, is holed up with Oswaldo Mobray (Tim Roth), the hangman of Red Rock, cow-puncher Joe Gage (Michael Madsen), and Confederate General Sanford Smithers (Bruce Dern). As the storm overtakes the mountainside stopover, our eight travelers come to learn they may not make it to Red Rock after all… 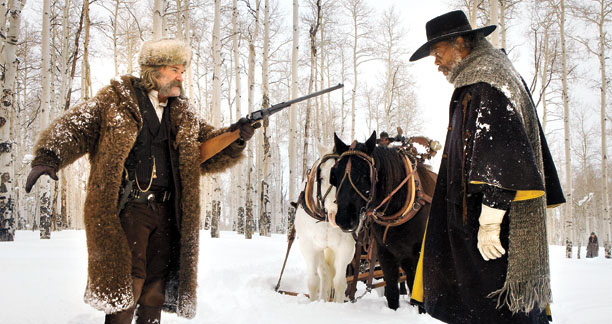