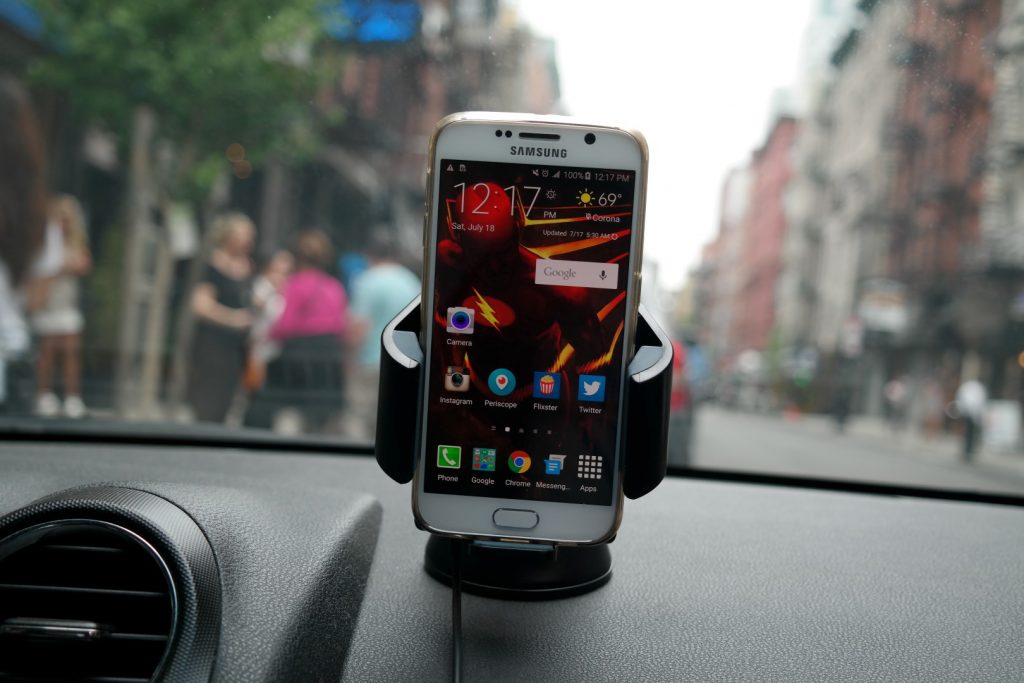 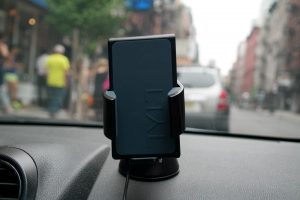 Tylt’s wireless charging car mount at first glance looks similar to other charging pads they have made in the past but this time is occupied by a suction mount. The suction mount is good as it can be on a glass or hard surface or even a bit more rubberized dashboard as in pictures. The charging mount is about 6″ tall and can fit 5″ phones such as the Galaxy S6(Edge) or bigger ones like the Nexus 6. What’s great about this mount is that it has arm grips to hold and secure your device. If you want to disengage pressing the top button will do so with ease. The attached car adapter plugs into the cigarette holder as expected but also has a USB port for charging another device. Tylt has always kept in mind that you most likely aren’t riding alone in-car or don’t have one device anyway.

Truthfully I have always used the Band Car Charger by Tylt over the years but the Vu Wireless Charging Car Mount is a nice viable option. When you want to use your smartphone for say a GPS route you can keep it mounted rather than on your lap or in your cup holder which can be deemed hazardous. Best of all while it’s mounted it will now stay charged and don’t have to worry about killing your battery. Especially on the Galaxy S6 which we know the battery life isn’t the greatest right now. cruising around in the car the car mount stated secure and sturdy even with some of the usual bumps we would hit riding around New York City. Best of all the phones didn’t move one bit which is what you be more worried about than anything. I will say though the Nexus 6 with its curvy back makes it harder to use with this flat back charger. It maybe the only phone I wouldn’t largely recommend it being used with.

As with previous Tylt products the Vu Wireless Charging Car Mount by Tylt is a great accessory to your QI enabled wireless charging enabled smartphones. If you do a ton of GPS on your smartphone while riding around I suggest it for safety reasons alone and keeping your device charged. Like most Tylt accessories in comes in an array of colors and the pricing on it is $79.99.