As a driver, one of the things we fear the most is seeing those familiar red and blue lights flashing behind us or having a police flag us down. Nothing ruins your day more than getting a traffic ticket. That could be why apps like Waze and other traffic reporting apps have been so popular lately. They allow you to spot where the police are beforehand and adjust your driving accordingly. Though the police may not like this, there is very little that can do about it.

If you want to be really prepared, pair one of these apps up with a radar detector, not only will you get crowd sourced police sightings, you’ll also be able to spot them yourself in real-time. Take for instance the Escort Live Radar app which is meant to work in conjunction with an Escort Live compatible radar detector. This app provides a database of “threat” locations as well as cord sourced information of live police sightings. 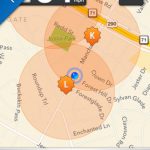 Let’s start this off by saying that the Escort Live Radar app is initially free to download so you can try out some of the base features. It does this because there is a subscription service you can pay for called Escort Live Premium that adds additional features to the app when unlocked. The base app includes police spotted alerts, fixed traffic threats like red light camera alerts, and the ability to mark threats when detected. On its own, these are handy features but most of the really cool stuff doesn’t get unlocked unless you subscribe to Escort Live Premium. 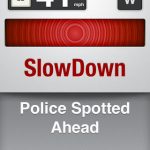 If you happen to own an Escort Live compatible radar detector, such as the PASSPORT, PASSPORT Max2 or Smartcord Live, then you can make use of some rather unique features that only appear when you pair the two together. For instance, your Escort Live app can now feed what the speed limit is on the street you are on to your radar detector (if it supports it). On the flip side, your radar detector will now supply live radar and laser date to your Escort Live app and upload that information to their cloud server so other drivers can be warned or those alerts as well. It’s similar to what the app Waze does, but it’s entirely automatic. Again, these features do require a subscription to Escort Live Premium, which is a $49/year service. 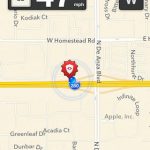 I’ve been using it for the past couple of weeks and it seems to work quite well. Integration is seamless and they complement each other well. The only problem I’ve run into is that there doesn’t seem to be very many people using Escort Live in my area. Most of the alerts I get are either in real time coming from the actual radar detector or from the database of red-light cameras and speed-cameras. I’ve come across a few “police sighted” alerts that were posted by some users and what’s nice is that it even tells you the distance until you reach where the threat was detected. The police might not always be there anymore depending on how long ago the threat was last posted, but it’s better to be safe than sorry. 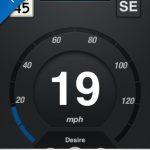 There’s no way to edit this information in the database either (from what I can see) which is a shame because I’m sure people who are using the app could help correct some of these errors and fill in a lot of the missing information.

As a stand alone product, Escort Live Radar isn’t too bad. The problem is, there just doesn’t seem to be enough people using it where you’ll get the real time alerts that you really want. I guess it all depends on your area. If there were,more people using it, it would probably be fantastic. Taht’s not to say you shouldn’t use it. If you own an Escort Live compatible radar detector, this app really adds a lot of useful features you would not otherwise see on your radar detector. Being able to see what the speed limit is is useful when it works as well as getting those database alerts for red light cameras and speed cameras. These are two products that work well together and help each other keep you off the police’s radar. This is a great app to have if you do own a compatible radar detector.