I got a chance to have a private sit down with Activision and FreeStyle Games to talk about their return to the music gaming genre with Guitar Hero Live. At some point in your life I can imagine you played Guitar Hero. There was a huge market for it back in the late 2000s and I surprisingly got into it for a bit with titles Guitar Hero 3, World Tour, 5, and GH Aerosmith. Guitar Hero Live looks to have revamped the whole system from the ground up ranging from the game setup all the way down to the controller.

Guitar Hero Live is broken off into two sections. You have LIVE and then you have TV. Choosing LIVE makes you feel you are the star of the show with a “LIVE” audience that will boo and cheer depending on how you do. If you have say a KINECT you can fire that bad boy up and perform in front of an even larger audience. Sounds reminiscent of the Just Dance games. 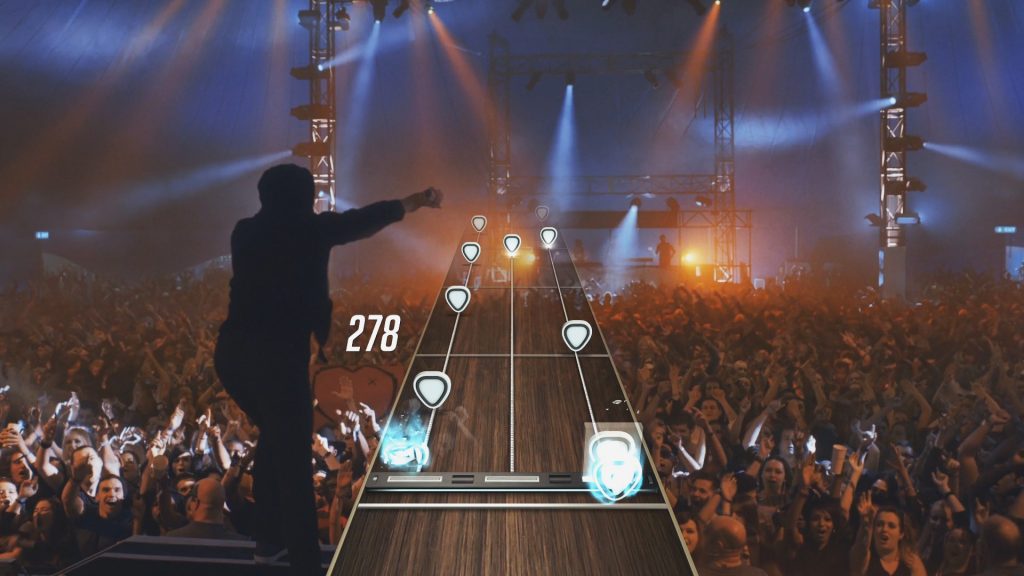 TV mode or “GHTV” as they call it will remind you of the earlier MTV days. Chock full of music videos you can pick out and play and perform to. It’s a 24-hour network and content is constantly changing and updating as time progresses. Music ranges from rock, pop, EDM, country, and hip hop. During the demos I only seen Rock music, country and some pop played so be interesting to see how those playlists look for EDM and Hip Hop. 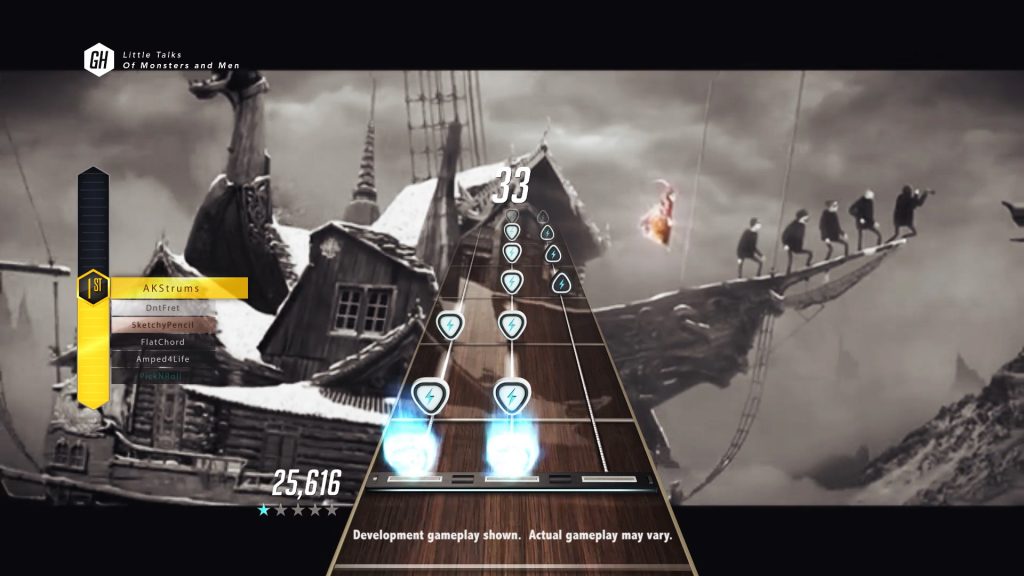 The Guitar Controller has been given a face lift and may provide a learning curve for veteran users. Instead of the old color coded approach they have now reduced it to two rows of three keys. It’s supposed to provide the feeling of playing actual chords by have them all so close together. There are additional buttons such as menu and power on the guitar as well. 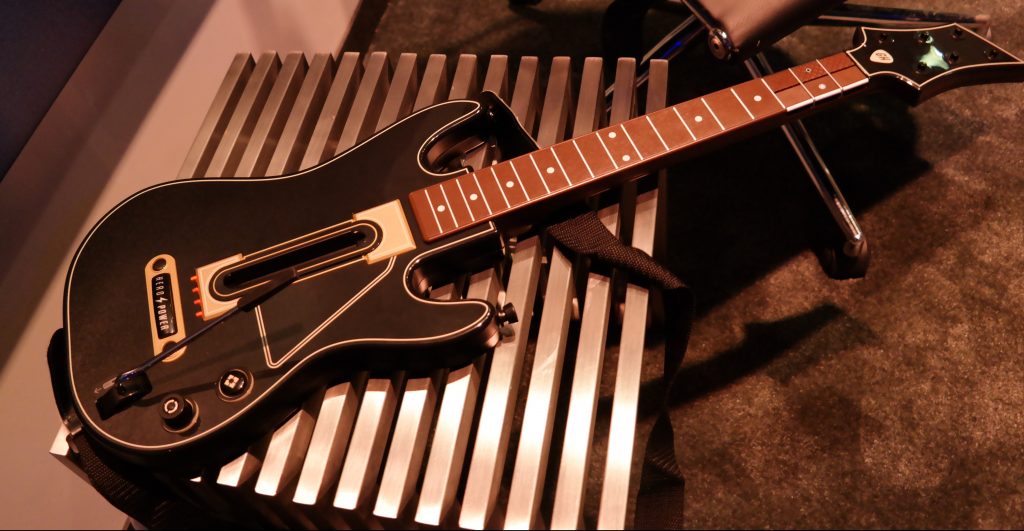 Guitar Hero Live also has premium music channels and content you can only access by achievements. There is even some content that money can’t buy which I kind of like. Sometimes the only days of grinding out to get good stuff is missing these days in the gaming industry. There are options to purchase in-game currency though to access other songs and so forth like multipliers, different note highways and cards.

Activision did say they were looking into Party Passes which essentially let you unlock all the content for a set amount of hours. Maybe you have friends over and they want to play everything at once. This happens to time to time and it will be interesting to see the price points with this option.

Getting some quick hands-on with Guitar Hero Live I see it will take a bit of getting used to. Either that or rusty on the old guitar. I do like the new layout as far as it being divided between LIVE and TV and it looks like GHL will have a ton of content on hand and won’t need to purchase DLC if the TV portion continues to evolve.