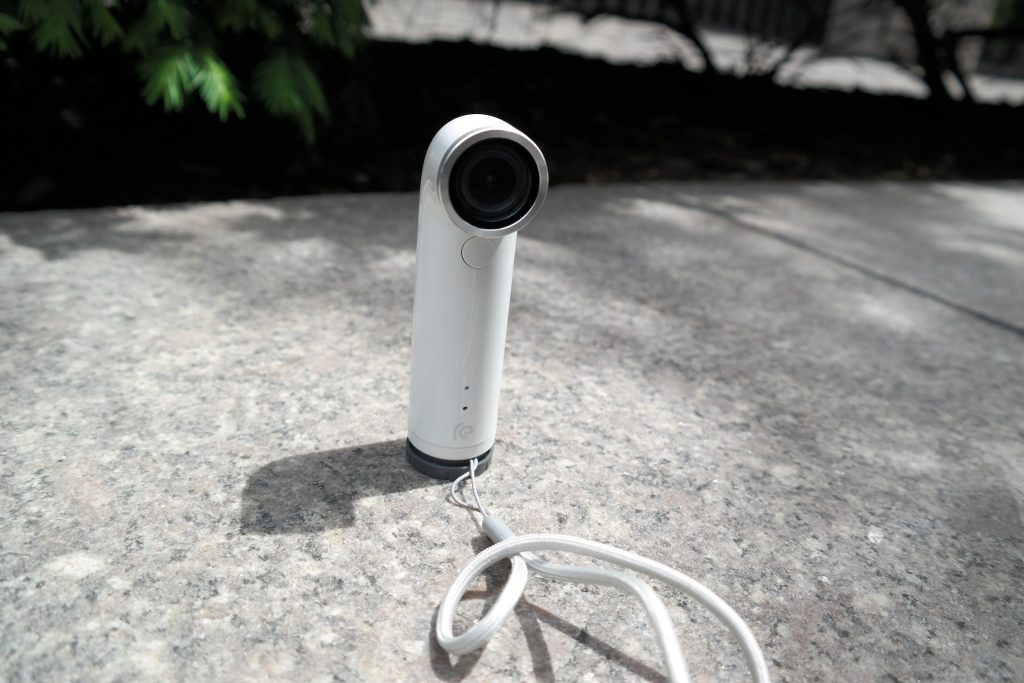 Having been working on smartphones since the beginning of time, HTC has crafted some remarkable devices ranging from great windows phones back in the day such as the AT&T Tilt to the current smartphones with their HTC One M series with the M9 being the latest. But it looks like they are diving into another technological territory with VR such as the HTC ReVive and this little camera we have here called the HTC Re. The HTC Re is a gamble has it takes you back to the heyday of no screen and you are forced to rely on just taking pictures. Its lens is designed to take wide shots so you don’t have to worry about missing anything. But how good is it actually? 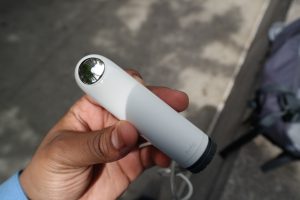 The design of the HTC Re is in hard plastic and smartly crafted as it’s built to fit right on in your hand with specific finger placement. Three (or two depending on hand size) go around the tubed shape while your thumb can be placed right on the silver button. Press to snap pictures while holding it for two seconds will put it into recording mode. On the front of the tube is a button which you can press to set up slow motion videos.
On the bottom is port of microUSB charging and there is a small compartment you can flick open which houses a microSD card. So the good thing is you don’t have to rely on fixed memory and can always swap storage out when needed. It does come with a base and lanyard you can screw in the bottom if you want to carry it around your wrist. I use it time to time as I never want to drop this thing.

For you to gain real access to the HTC Re you need to download its “Re” app for either iOS or Android. From here you can see all the photos and videos you shot and even go into a LIVE mode where you can see what the HTC Re camera is broadcasting right on the spot. It can help if you aren’t sure how a picture or video is going out or just want that extra assist. You can change options on the camera, delete photos or send them to the smartphone synched up. Only thing I didn’t really try out was the YouTube streaming. Backup is also there is you want to move stuff to your Google Drive and/or Dropbox.

The HTC Re has a 16MP camera with video recording options at 1080p. Sounds like good specs to snap with right? Results may vary on your picture shooting. I find it great to take shots out in daylight and looks gorgeous for landscaping. It’s also best if you keep a steady hand as moving around may result in some blurry shots. Video recording isn’t bad and it does pick up audio which is good. One thing that may bother you with the pictures are they all have that fish eye lens look and that’s not even when you have the Ultra-wide lens on which makes them look crazier. The camera is hit or miss but with mastering or adapting to the Re you can take some nice clean shots. Also it could be a bit faster as sometimes it’s so slow snapping pix by the time it happens the moment may have passed.

The HTC Re is a fun camera to have once you learn all the tricks and utilize the app a bit. It is hit or miss with the shots and you may have to snap a few to get a very good image. Its battery life isn’t bad and the fact it charges via microUSB is a plus. I do wish it had a on/off switch as I have tons of video with it recording in my pocket and wouldn’t even know it till checking later. Its pricing at $199.99 is a killer and could be priced a lot lower. Depending on when you catch it on sale, the price will float around the $99 to $139 range which is much more on par.