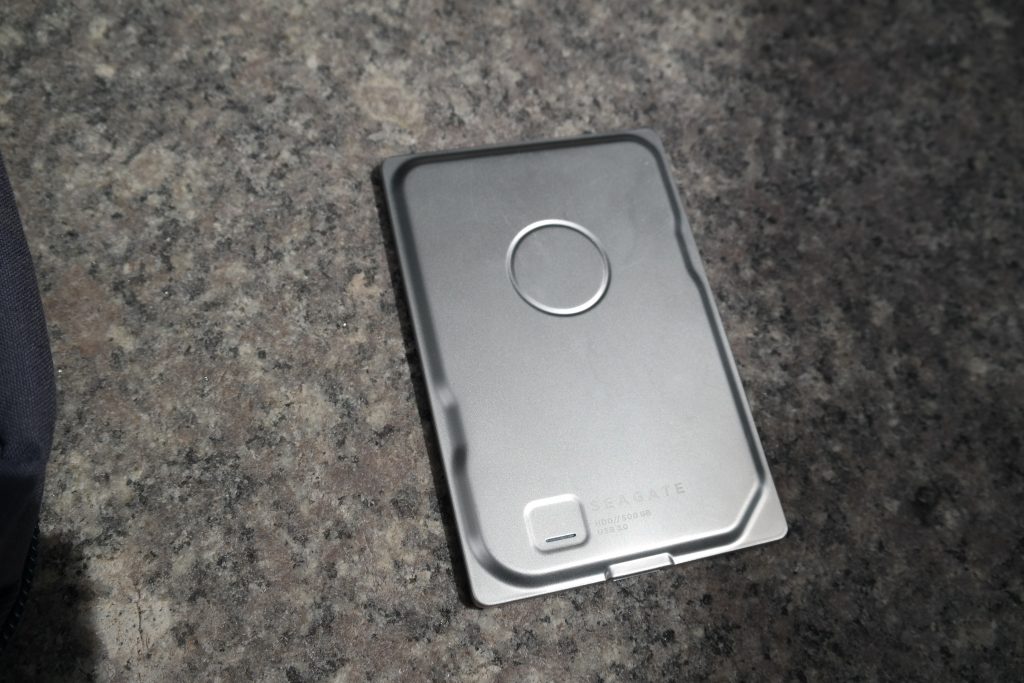 Dealing with computers since a tot in diapers I’m always fascinated by how far technology has progressed. Everything has gotten smaller, lighter and more efficient (in most cases). For instance I can remember having 100GB hard drives back in the early 2000s that were about the width of a large textbook and weighed as much. Storage space got larger and surprisingly the build of hard drives decreased. I have tons of portable hard drives ranging from 160GB to 1TB but nothing has come as sleek as the Seagate Seven. Is the Seagate Seven worth the saved space or is just all style? 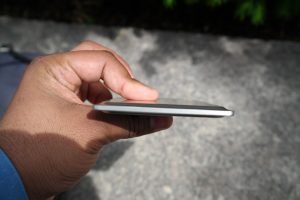 The design of the Seagate Seven is in its name. The number seven actually means 7mm thick. It’s one of the slimmest portable hard drives on the market and has been worked on by Seagate for 35 years and showcases their continuing change in the hard drive industry. It’s made out of stainless steel and covers the device from head to top. It has a barebones, internal hard drive look to it. Only other things that stand out is the indicator light on the front and the USB 3.0 port on the bottom. The Seagate Seven also comes with a strong braided USB 3.0 cable. No external power is needed and runs right off the cable. I have played with a lot of hard drives and the Seagate Seven is definitely an eye catcher.
The Seven feels sturdy and well put together. I have tried bending it and it won’t budge. Also it’s slated to be able to take drops and also be run over by a car if it ever comes to that. 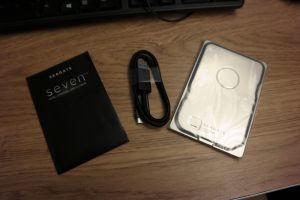 I had to move around some files on my Surface Pro 3 and decided to use the Seagate Seven. Some of the stats I got were moving 2.28GBs at 38.3mb/s or in 60 seconds, 5GB in two minutes and 13GBs in six minutes. It’s not bad speeds for moving files which is adequate but its not one of the fastest drives I come across of.
If you want additional file managing support the Seagate Seven comes with “Seagate Dashboard”. This allows you to do PC backups and also sync up new data to move over whenever the hard drive is connected. I could have probably used that on my last PC before it crashed.
Out the box it works right with a MAC/PC with it being preformatted with the exFat file system. Of course if you need to change to other file systems feel free to do so.

When it comes down to the Seagate Seven you are essentially getting it for its design and build. I would to see more models in the future with larger hard drives if possible. It’s priced at $100 for 500GB and there are other hard drives you can get around that pricepoint with larger storage capacities. Only thing is they won’t come anywhere near the slim constructed feeling of the Seven. If you want to have the coolest looking hard drive amongst your tech geek friends and want to minimize carrying hefty hard drives the Seagate Seven is perfect.