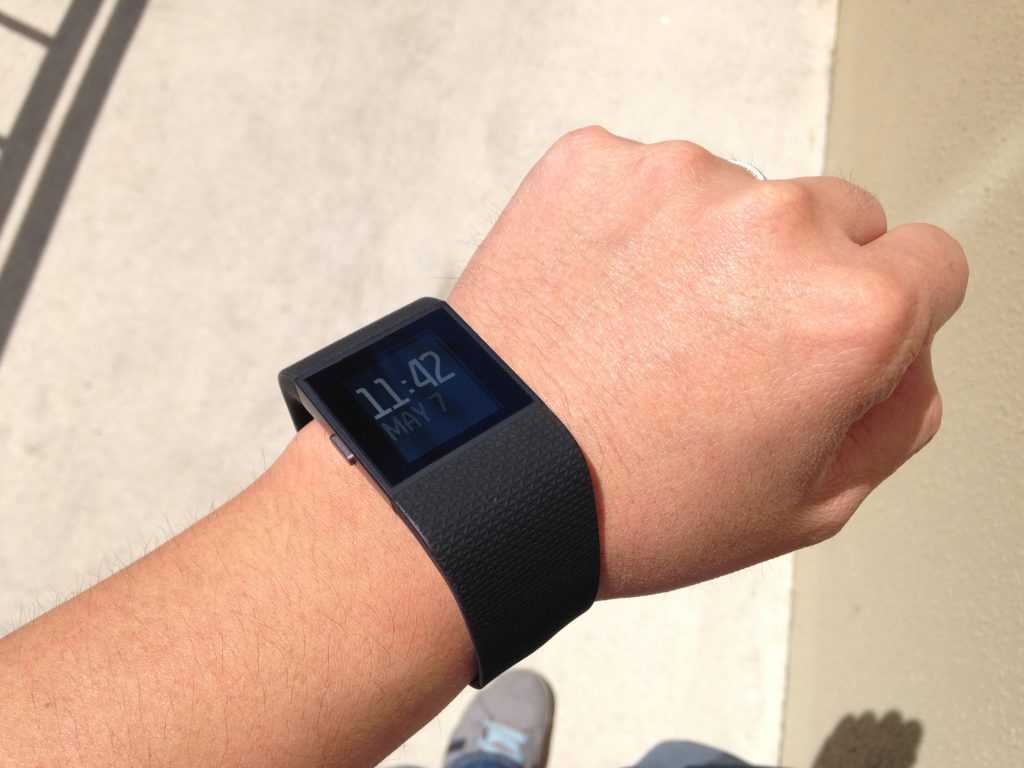 One of the main reasons I got a Fitbit was to help motivate me into living a healthier life and exercising more than I had been, which was rarely. Before the Fitbit, the only exercising I did was chase my kids around the house and the occasional yard work. I know. Not very exciting. That’s why about a month ago, I made the decision to get off my butt and start being more active, and I chose to use a Fitbit to keep me motivated because that’s what a lot of our team members use here at G Style.

My flavor Fitbit is the Fitbit Surge. I chose it over the others because I could wear it like watch, see my stats instantly without the need to go to my phone, and it has GPS.

For the first couple of weeks, I was completely obsessed over the number of steps I was taking. My “realistic” daily goal was that of 5000 steps per day, which is about double of what I would normally take. For 2 weeks, I was able to pretty much accomplish this. On the weekends, I would usually shoot for 6000-8000 steps. However, after the two weeks, my steps dropped off due to work and my kids’ schedules along with the fact that now is the rainy season here and it’s been raining during the times I would usually walk. So for the past couple of weeks, I’ve been maybe averaging about 3000-4000 steps per day.

The funny thing is, I don’t feel less healthy because of the drop off. A peculiar side effect to using the Fitbit is that I find myself now constantly watching what I eat. I’m always checking what my average calorie intake is now vs. what the Fitbit is telling me that I’ve burned. I’ve also started to do other exercises now besides just counting steps which includes anything that can get my heart rate up such as pushups, jumping jacks, situps, and light bike riding.

Over the past month, I’ve gone from having an average weight of 172 lbs to 166 lbs as of today. I’m still about 5-6 pounds from my desired weight goal but in the meantime, I’ve never felt more healthy. I feel more awake during the day and I feel like I have more energy as well. I definitely don’t feel as sluggish anymore either. I still kind of obsess over the number of steps I take and am disappointed by not meeting my daily goals. That has helped me where on those days, I just do other exercises to replace those missing steps.

With all that said and done, I am feeling really good these days. To answer my question that I posed in the title, yes I am still motivated. I may not always have the time to reach my step goals daily, but I find other ways to fill in the gaps. Hopefully in another month, I can report back that I’ve either reached my goal or am close to reaching it.